It Could Not Be Otherwise 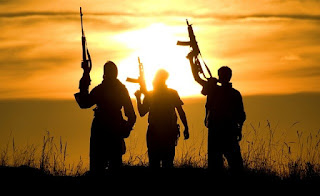 The assassination by the United States of Gen. Qassem Soleimani, the head of Iran’s elite Quds Force, near Baghdad’s airport will ignite widespread retaliatory attacks against U.S. targets from Shiites, who form the majority in Iraq. It will activate Iranian-backed militias and insurgents in Lebanon and Syria and throughout the Middle East. The existing mayhem, violence, failed states and war, the result of nearly two decades of U.S. blunders and miscalculations in the region, will become an even wider and more dangerous conflagration. The consequences are ominous. Not only will the U.S. swiftly find itself under siege in Iraq and perhaps driven out of the country—there is only a paltry force of 5,200 U.S. troops in Iraq, all U.S. citizens in Iraq have been told to leave the country “immediately” and the embassy and consular services have been closed—but the situation could also draw us into a war directly with Iran. The American Empire, it seems, will die not with a whimper but a bang.


The United States has left Iraq in ruins:

Iraq after our 2003 invasion and occupation has been destroyed as a unified country. Its once-modern infrastructure is in ruins. Electrical and water services are, at best, erratic. There is high unemployment and discontent over widespread government corruption that has led to bloody street protests. Warring militias and ethnic factions have carved out competing and antagonistic enclaves. At the same time, the war in Afghanistan is lost, as the Afghanistan Papers published by The Washington Post detail. Libya is a failed state. Yemen after five years of unrelenting Saudi airstrikes and a blockade is enduring one of the world’s worst humanitarian disasters. The “moderate” rebels we funded and armed in Syria at a cost of $500 million, after instigating a lawless reign of terror, have been beaten and driven out of the country. The monetary cost for this military folly, the greatest strategic blunder in American history, is between $5 trillion and $7 trillion.


But why declare war on Iran? The answer, he writes, is that The United States needs a scapegoat for the chaos and destruction it has released in the region:

Why go to war with Iran? Why walk away from a nuclear agreement that Iran did not violate? Why demonize a government that is the mortal enemy of the Taliban, along with other jihadist groups, including al-Qaida and Islamic State? Why shatter the de facto alliance we have with Iran in Iraq and Afghanistan? Why further destabilize a region already dangerously volatile?

The generals and politicians who launched and prosecuted these wars are not about to take the blame for the quagmires they created. They need a scapegoat. It is Iran. The hundreds of thousands of dead and maimed, including at least 200,000 civilians, and the millions driven from their homes into displacement and refugee camps cannot, they insist, be the result of our failed and misguided policies. The proliferation of radical jihadist groups and militias, many of which we initially trained and armed, along with the continued worldwide terrorist attacks, have to be someone else’s fault. The generals, the CIA, the private contractors and weapons manufacturers who have grown rich off these conflicts, the politicians such as George W. Bush, Barack Obama and Donald Trump, along with all the “experts” and celebrity pundits who serve as cheerleaders for endless war, have convinced themselves, and want to convince us, that Iran is responsible for our catastrophe.

The chaos and instability we unleashed in the Middle East, especially in Iraq and Afghanistan, left Iran as the dominant country in the region. Washington empowered its nemesis. It has no idea how to reverse its mistake other than to attack Iran.


When an Ignoramus-in-Chief sits in the White House, it could not be otherwise.

Email ThisBlogThis!Share to TwitterShare to FacebookShare to Pinterest
Labels: Trump's Assassination of Soleimani

The horror of this is what Trump might become should he win a second term. No longer dependent on his base some suspect he could run wild. There are several who contend Trump has already experienced significant mental decline since his inauguration. Rash and reckless as he has been in his first three years many of his impulses have been reined in by his cabinet and aides. During a second term he could brush them aside. What then?

Clearly, Mound, law -- whether domestic or international -- is of no concern for Trump. A second term would be a signal to Trump that he's omnipotent. That would also be a signal that Armageddon is just around the corner.

Reuters has just issued a bulletin that the US-led coalition in Iraq has notified the Iraqi military that they are leaving.

Complete chaos will ensue, Mound. The man destroys everything he touches.

You need a touch of the stable genius in you to know just how too easy it is. I wonder if Trump considers himself a "practicing" negotiator. These days the greatest negotiators are lot like the great practicing economists of the Harper era.

So why am I thinking of this?

With Trump, John, it's always been about, "Hey, hey look at me!"

I often agree with Hedges but not in this. That the military organized this just doesn't make sense to me. It was too sudden and unplanned. Rather, I think Trump was advised that he quickly needed a diversion, a really big diversion, from the impending impeachment and upcoming re-election campaign. So a war with Iran (not North Korea, not Venezuela) is now thought to be the ticket. Do something to Iran so grievous that they will have to respond in kind opening the door for a full-scale American attack. War, in other words. Now Pelosi and the Dems may very well impeach the President but the Senate will not, cannot impeach the Commander in Chief during a time of war, you can count on that.
As to the election, he will campaign on the old "keeping Americans safe" shtick; works every time with them, no? Mac

I'm not sure the present military leadership cooked this up, Mac. But Trump is surrounded by the same people who urged Bush to invade Iraq. Those people are still around -- and they include Mike Pence. They want a scapegoat.