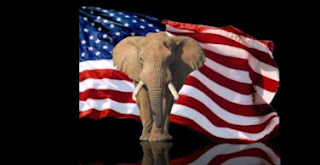 If you think that what is brewing between Iran and the United States is none our business, Hugh Segal urges you to think again:

But the tensions between Iran and the U.S. are most assuredly our problem. As a founding partner of the NATO treaty, which provides for mutual defence between the 28 member nations, an Iranian attack upon American forces, embassies, homeland or personnel would trigger an Article 5 Treaty obligation for Canada to engage, just as was the case after the World Trade Center attacks on Sept. 11, 2001, even though no state actor claimed responsibility.

Canada’s foreign minister was quite correct in urging restraint upon all parties last week – a note that was echoed by NATO Secretary-General Jens Stoltenberg at a Monday meeting of NATO ambassadors. But restraint is usually the product of a clear understanding by all involved of the consequences of unrestrained aggression. While that meeting was right to consider the dynamics relative to the alliance mission in Iraq that is now under Canadian command – a mission that has been suspended – a broader ministerial meeting to underline the reality of Article 5 would be broadly constructive. After all, it would be a serious path to restraint to make it perfectly clear that NATO would view a clear attack on the United States, its people, forces or homeland – be it kinetic, cyber or via terrorist proxy – as an act of aggression against all NATO members.


We need to take a proactive stance in this crisis:

Canada should, in fact, be calling for immediate NATO ministerial meetings so that this common resolve can emerge. Doing so would further motivate Russia – which engaged in joint naval exercises with China and Iran in the Gulf of Oman in late December and is not without substantive interests and influence in Tehran – to urge restraint on their Iranian client-state colleagues. A Canadian call for an urgent Security Council meeting would also be of value.

If, as our Prime Minister has stated, “Canada is back,” then this crisis requires that we engage in a mature and strategic way. There are key questions that need to be crunched: What resources can we deploy from our regular or Special Forces? How can our intelligence resources be deployed in support of our NATO ally? What special self-defence measures will be required to contain Iranian hostilities?


It's incredibly easy to be dragged or to slide into a war -- particularly if you are Donald Trump's neighbours. As Justin's father famously told Americans, "Living next to you is in some ways like sleeping with an elephant. No matter how friendly and even-tempered is the beast, if I can call it that, one is affected by every twitch and grunt."

Email ThisBlogThis!Share to TwitterShare to FacebookShare to Pinterest
Labels: The American-Iranian Crisis

I think the first order of business for Canada is to come out of hiding over this situation, Owen. I'm sure Pierre would not countenance the supine silence son Justin seems to be currently embracing in his unconscionable fear of prodding the beast to the south.

This situation requires sending a clear message to the elephant, Lorne.


Hugh Segal, with all due respect, has his head up his ass - neck and shoulders deep.

Article 5 of the NATO charter is susceptible to overly-convenient interpretation. At one time we knew what it meant which was why NATO wasn't dragged into Viet Nam after the Gulf of Tonkin incident.

Article 5 should not have been invoked after 9/11. That was a terrorist attack, an admittedly massive crime but not an act of war. The attack was perpetrated by Osama bin Laden's al Qaeda, not the then government of Afghanistan or the ruling Taliban. Somehow we imagined it obliged us to send troops to wage war in Afghanistan that today sees the United States in private negotiations (to the exclusion of the Kabul government) with the same Taliban to allow American forces to retreat. The only instance of Article 5 being invoked and it has turned into a dark farce.

Then there is the 'head office,' NATO's lead partner, the United States of America. The president of the only country that has invoked Article 5 has said that the US might not consider itself obliged to go to war if some other NATO member was attacked, especially by the Russians. Good luck Latvia, Estonia, Lithuania - you might just be on your own. And guess who was all ears when those remarks tumbled from Trump's lips? You guessed it, Vlad Putin.

My point is that America has so undermined the integrity of Article 5 that Canada should be insisting that NATO rehabilitate the provision to restore its efficacy. Until then we and the other NATO members are at the mercy of a very rash, irrational and capricious American president. So long as we have prominent voices such as Segal's that treat Article 5 as sacrosanct, America will have no incentive to clean up its act.

I note that Trump claimed today that NATO should get involved in his folly, Mound. I also note that NATO members are resisting the call to get involved. After all, the United States wasn't attacked. It was the attacker. Canada should emphasize that simple -- and clear -- fact.

Owen, if it was up to me Canada would get out of NATO. It has simply become an extension of American foreign policy and we should not be endorsing it.

Unfortunately, that's true, Toby. And -- as is the case in so many ways -- Trump has turned the world upside down. He has made Russia an ally. NATO's original mission was to act as a defensive alliance against Russia.

.. wrapped in the warm fuzzy luxury of hindsight .. Here is a sort of timeline

Did I get this right ?

All this was 'gamed out' in extreme detail .. ?

Uh oh.. along with all the other passengers and aircrew approx 63 are/were of Canadian citizenship.. ie Canadians