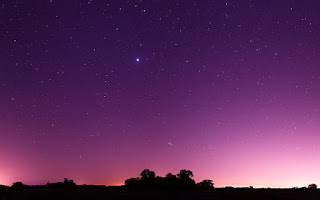 Andrew Bacevich has written an excellent piece in The Guardian. It's a coherent explanation of how we got here. The Cold War, he writes, gave Americans meaning, purpose and unity. When it ended, they -- and their country -- got lost:

Like the polar ice cap or baseball’s status as the national pastime, [The Cold War] had acquired an appearance of permanence. So its passing caught citizens unaware. Those charged with managing the cold war were, if anything, even more surprised. The enterprise to which they had devoted their professional lives had suddenly vanished. Here was a contingency that the sprawling US national security apparatus, itself a product of the anti-communist crusade, had failed to anticipate.

As the Soviet Union passed out of existence, Americans were left not just without that enemy, but without even a framework for understanding the world and their place in it. However imperfectly, the cold war had, for several decades, offered a semblance of order and coherence. The collapse of communism shattered that framework. Where there had been purposefulness and predictability, now there was neither.


It was a time to reboot and reconsider. But that didn't happen. The United States was triumphant. And Americans were full of self righteousness:

Confident that an era of unprecedented US economic, military and cultural ascendancy now beckoned, members of an intoxicated elite threw caution to the winds. They devised – and promulgated – a new consensus consisting of four elements.

The first of these was globalisation or, more precisely, globalised neoliberalism. Stripped to its essence, globalisation was all about wealth creation: unconstrained corporate capitalism operating on a planetary scale in a world open to the movement of goods, capital, ideas and people would create wealth on a hitherto unimagined scale.

The second element was global leadership, a euphemism for hegemony or, more simply still, for empire. At its core, global leadership was all about order: unchallengeable military might would enable the US to manage and police a postcolonial yet implicitly imperial order favourable to American interests and values. Through the exercise of global leadership, the US would enforce globalisation. Order and abundance would go hand in hand.

The third element of the consensus was freedom, an ancient word now drastically revised. The new conception of freedom emphasised autonomy, with traditional moral prohibitions declared obsolete and the removal of constraints maximising choice. Order and abundance together would underwrite freedom, relieving Americans of existential concerns about safety and survival to which those less privileged were still obliged to attend.

The final element of the consensus was presidential supremacy, with the occupant of the Oval Office accorded quasi-monarchical prerogatives and status. Implicit in presidential supremacy was a radical revision of the political order. While still treated as sacred writ, the constitution no longer described the nation’s existing system of governance. Effectively gone, for example, was the concept of a federal government consisting of three equal branches. Ensuring the nation’s prosperity, keeping Americans safe from harm, and interpreting the meaning of freedom, the president became the centre around which all else orbited, the subject of great hopes, and the target of equally great scorn should he fail to fulfil the expectations that he brought into office.

All these elements together constituted a sort of operating system. The purpose of this operating system, unseen but widely taken for granted, was to cement the primacy of the US in perpetuity, while enshrining the American way of life as the ultimate destiny of humankind. According to the calendar, the end of the 20th century, frequently referred to as the American century, was then drawing near. Yet with the cold war concluding on such favourable terms, the stage appeared set for a prolonged American epoch.


But, as the election of Donald Trump has made abundantly clear, the American Epoch is nothing to celebrate.  What John F. Kennedy called "a long twilight struggle" has ended in twilight.

Image: Wallpaper Flare
Posted by Owen Gray at 9:38 am

Has there ever been a more grotesque example of hubris, Owen? I recall when, back in the mid-Clinton era, I stumbled across the web site of a group calling itself The Project for a New American Century. That was the nest from which the neoconservative eggs hatched unleashing on America and ultimately the world the likes of Wolfowitz, Cheney, Rumsfeld, Bill Kristol, Robert Kagan, Richard Perle, Doug Feith, Francis Fukuyama, Elliott Abrams, Scooter Libby and more. Once Cheney persuaded George W. to make him vice-president he shoehorned all that malignancy into the Bush administration. As I read the PNAC manifesto I imagined it could have been written out of the Reichstag Fire. They were clear that their agenda required a truly seismic event to have any chance of being implanted as American policy. 9/11 was just the thing. When the conquest of Iraq turned into a quagmire, PNAC dissolved. It's manifesto, however, was largely adopted to become the Bush Doctrine. That doctrine forbade any nation or group of nations from reaching the point where it might challenge the US economically or militarily and expressly reserved the right to use force against any upstart that offended its terms. WTF?

Ultimately, Mound, all empires are guided -- if that's the word -- by triumphal fools. History is full of the rubble they create. We are witnessing the death of another empire. And its demise has come -- as it always does -- from within.

.. as a Canadian (and I do not use the word 'proud' .. since the word was abducted) I see Americans through my own special & personal filter. Of course they are of a vast spectrum & mosaic. I keep the peoples somewhat seperate from the 'Nation' itself.. ie the USA is a vast geographic entity.. just as Canada is. It was rare for me to encounter the difference between Americans and Canadians.. but I did here and there. One obvious and immediate difference was the black people down there.. hispanics. The sheer size of cities, such as New York or Detroit or Los Angeles, the downtown cores, ghettos, the obvious wealth, the glaring poverty.. the overall population density and development was stunning to me.

Today I see Canada drifting, indeed arriving as a sort of proxy for a USA that dumbfounds me with its ignorance. That I find sickening. As I watch the debacle of the USA now mired in the sheer stupidity and greed that Trump, McConnell, Alex Jones, Sean Hannity represent perfectly.. I see Canadian politics trying to mirror that astonishing failure. I see that as a disease. That our RCMP could accept shooting peaceful First Nations protectors and protesters defending their unceded lands is Kent State, Chicago, Watts executed in miniature. Election Fraud, black ops departments within political parties, even our governments. The corruption is sickening, the abandonment seemingly from birth of scum like Pierre Poilievre, Denise Batters, Jason Kenney, Harper. How we can put the brakes on .. of Canada's descent into hell is my question. How to diagnose or triage this country and Canadians is my burning question.. how can we treat an infected country before it becomes fatally overrun by political & religious parasitic zeolats... who have zero coherent morality or ethics ?

The evidence of decline is everywhere in the United States, sal. If we don't want to succumb to the same politcal disease which is destroying that nation, we can at least start by recognizing that the present Conservative Party of Canada is not conservative at all. It is a northern version of the Republican Party.

If we follow the Republican formula, we too will succumb to the nihilism which now runs rampant in the United States.

I regularly wind up dwelling on the same concerns expressed by our friend, Sal. How do we turn our country around, put it back on the path we once happily followed.

There is much written today about populism and nationalism. They're mainly cast as hostile, mean, nasty. We forget that both come in two flavours - positive and negative. Today the negative prevails. This is evidenced in xenophobia, paranoia, cultivated and carefully stoked fears and appeals to base instincts, a focus on "the other." That's the stock in trade of the Republican Party and America's dominant rightwing media.

Progressivism embodies positive populism. Its focus is on the state acting primarily for the benefit of its citizens, recognizing that a more prosperous and engaged people are the greatest asset any nation can have. Positive nationalism is similar. We immersed ourselves in it during the 1967 Centennial. It was an expression of pride in what we had built and inspired us to do better in the future. It wasn't about glorifying the state by tearing down other nations, other peoples. It was about accepting all citizens as our fellows, not just those of our immediate political stripe. It was the engine for building social cohesion.

How do we change course? How do we get back on that path? I don't have much confidence we will. Perhaps that option stands foreclosed. The world is hurtling into dangerous and very much uncharted waters. In so many ways we are stretched to the breaking point. We declare a state of emergency and then go back to business as usual, unwilling to even contemplate the measure and urgency of the moment. This Canada, so wealthy and advantaged, cannot rally behind even paltry climate change efforts such as the carbon tax. We play politics with our survival. This cannot end well.

I lived in Montreal during the summer of 1967, Mound -- the summer of Expo 67 -- Man And His World. Back then we were open to the world. We welcomed it. Other countries were to be explored, not shut out as enemies. How things have changed. Paranoia is now the order of the day.