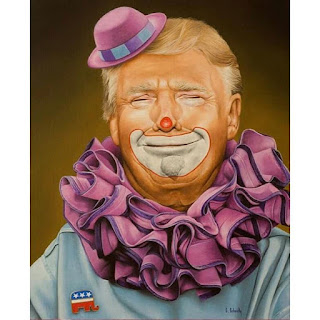 Roger Cohen writes that the struggle between the United States and Iran is madness:

Take the most combustible, scarred, dysfunctional relationship the United States has with any country in the world and place it in the hands of an impulsive, ignorant, bullying American leader and you are likely to sleepwalk to the brink of war. That is what just happened with President Trump and Iran. It was no surprise. He has been fiddling with this grenade since he took office.

By killing Maj. Gen. Qassim Suleimani, the commander of Iran’s elite security forces and the iron fist of the Islamic republic’s theocratic ideology, Trump tossed that grenade at the Middle East. It was a reckless act, like the president’s scrapping of the Iran nuclear deal. It united, for now, a divided Iran. It ensured that a half-century from now Suleimani’s name will be hurled at any American visitor to Tehran as evidence of the perennial perfidy of the United States.

The Iranian response, a ballistic-missile attack on military bases housing American troops in Iraq that killed nobody and did limited damage, was typical of a regime that has survived more than 40 years through prudence. The mullahs are not the “messianic apocalyptic cult” once evoked by Benjamin Netanyahu. They are cold calculators. Their primary objective is survival.


When it comes to Iran, Trumpians -- and that includes most of the Republican Party -- refuse to be rational. And, therefore, they can't see beyond their noses:

Iran is an ancient civilization with a long memory. It is not for amateurs. Trump is an amateur. “We are playing golf while they are playing chess,” Stephen Heintz, the president of the Rockefeller Brothers Fund who has worked on diplomatic outreach to Iran, told me. “We take one swing and they are already three moves along on the board.”

Iran will not be browbeaten into submission — certainly not by the redoubled economic sanctions Trump announced or by taunts that it is “standing down.” It is proud and will not lose face. The grasp of its psychology in the White House is nonexistent.


Barack Obama's nuclear deal was an attempt to take the long view. Trump, however,

took the one plank for possible conciliation — a nuclear deal that had gotten Americans and Iranians talking to each other at last — and blew it up. That deal’s other signatories — in Europe, Russia and China — are not about to follow suit, as Trump again urged them to do today. This crisis has brought home Trump’s isolation. He has shouted and lied and whined his way to a solitary perch on the world stage. So much for the leader of the free world (R.I.P.). Even Israel has kept a certain distance over the Suleimani killing.


And so, the world is on a knife's edge, put there by a man the journalist Matt Taibbi has called an "insane clown president."

Email ThisBlogThis!Share to TwitterShare to FacebookShare to Pinterest
Labels: The United States And Iran

I'm not sure the US relationship with Iran is the most dysfunctional - I think that honour goes to Cuba. In both cases, Uncle Sam received a black eye after staging coups against popular leftist governments to install compliant right-wing autocrats. Unlike Vietnam, which also gave the US a black eye, neither Cuba not Iran has subsequently opened itself up to US business exploitation. So they remain in the mob boss' bad books.

It'll be interesting to see if Iran's cozying up to Russia causes Trumpov, Moscow Mitch and Leningrad Lindsay to reevaluate.

Reevaluation is not something Americans do very well, Cap.

They see everything this stumbling comic entertainer does as a success unless or until it hurts him or them politically. And even then they'll try to portray it as one until it's no longer possible. As far as the contribution of public perception goes, I still say it's largely a matter of really shitty sales resistance.

I'm giving Lindsey Graham a whole chapter in the next edition of Masters of Bag-licking. I've never seen anything that even approaches him. He's achieved purity.

When historians write about the Trump Era, John, they will surely tell -- and retell -- the story of the complete moral collapse of Lindsay Graham.

as to Lindsay Graham he most likely has no choice to do as he is told by Trump and his ilk. There are those who believe Putin has "the goods" on Trump and Trump has the "goods on Lindsay Graham" or as he is some times referred to in American blogs, Ms. Graham.

That rumour has been out there for a long while, e.a.f. One thing is for sure. John McCain must be spinning in his grave.