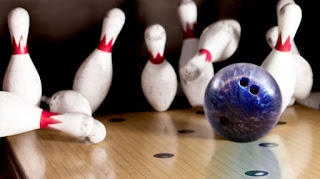 After the election, Justin Trudeau  planned to focus on domestic issues. Jason Kenney, in particular, was hell bent on concentrating the prime minister's attention on Alberta. But Susan Delacourt writes that Donald Trump is making it difficult for Trudeau to do that:

From the moment that Trump entered the White House in 2016, he has been knocking Trudeau — and Canada’s foreign policy — off track, often dangerously so. Free trade negotiations with the U.S. ate up much of Trudeau’s first mandate. The ongoing extradition drama over Meng Wanzhou — linked to Trump’s own battle with China and Huawei — has blown up Canada-China relations.

Now Canada has been drawn into Trump’s new tinderbox of the Middle East, not to mention Ukraine, which has figured largely in the president’s impeachment drama.

Even before the plane crash, Trump’s foray into Iraq last weekend forced many Canadian troops to decamp from their NATO training mission in the country and seek safe haven in Kuwait. It remains an open question when Canada can resume this NATO role.


Chrystia Freeland was assigned to navigate the storms at home. And she can still do that. But Trump is the Disruptor-in Chief. He's more than a disruptor. A friend of mine calls him a weapon of mass destruction:

Trump’s penchant for surprising behaviour has been rippling across the planet since his inauguration. Trudeau — and Canada — has had to learn to manage it. If the prime minister ever does write a book about his experience in governing, he may need to put Trump in the title, or at least a subtitle about best-laid plans and the disruptor-in-chief.

A few years ago — well, even a few days ago — very few people would have predicted that a plane crash in Tehran would force us to look at Canada’s relations with the United States. But this is life in Trump’s rough neighbourhood, where Canada keeps getting caught in the crossfire: this time, as the president would say, devastatingly.


Disruption is everywhere these days. Navigating through the rubble will not be easy.

Image: Small Business Trends
Posted by Owen Gray at 9:16 am

This trip is giving me a headache. I might be coming down with something and I can't help but think that it might be post-national.

Unfortunately, John, that's not surprising. Trump is an ugly virus -- and he his influenece has reached pandemic proportions.

"Trump is the Disruptor-in Chief" That is true, but is it by ignorance or design and where will it lead is the question Owen.

I tend to think it's ignorance on Trump's part, Rural. But, for his enablers, it's by design.

Trump cultivates chaos. He's content to raze the building in hopes of finding something worthwhile among the ashes. What he touches comes to grief. Take NATO. Trump dealt the alliance a body blow when he suggested that, if another member state came under attack, the United States might not join the fight - depending on the country. The president of the only nation in NATO history to invoke Article 5 of the charter says his country considers that mutual-defence provision discretionary at best. That's the sort of thing you don't say because, if you do, you can never erase the doubt you've sown.

It's useful to remember the guy who is always whispering into Trump's ear - Stephen Miller.

Trump has always like chaos. Even said as much regarding how he did business. given we sit on the border and they're almost 10 times larger, in population and have a massive military, we might want to go neutral. Stay out of any wars the U.S.A. is involved in. fortunately Chretien declined with thanks on an invite to attend one of the war parties.

Iraq has asked the U.S.A. to leave, Pompeo, is hell no we won't go. Canada needs to leave and be very clear they are respecting Iraqi sovereignity.

How 63 Canadians got to be killed while flying home, is a question which is easily answered. If Trump hadn't ordered the murder of Suleimani, the Iranians and their proxies wouldn't have been on high alert. Planes flew out of Tehran 5 times a week to Ukrain and Luftansia did the same. Trump wants more involvement from NATO in the middle east. NATO needs to decline with thanks.

Trump has lied over 14K times since becoming president. the briefing to the Senate left a lot to be desired, even Rand Paul wasn't happy.

If Canada is going to spend any money on araments we need to do it to defend ourselves. Japan, South Korea, Europe--ditto. the U.S.A. can not be relied upon for anything which doesn't benefit trump and his supporters directly. We saw how he abandoned the Kurds. He "loves" Kim 3 a dictator and murderer. He stood with Putin and told the world he believed Putin and not the American intelligence people, so why would any one believe the "intelligence" suddenly now, if in fact there was intelligence that the Iranians were going to attack. My opinion, they just made it up to cover trump's big fat white ass.

Trump's whole life, e.a.f, has been about getting someone else to pay for his mistakes.