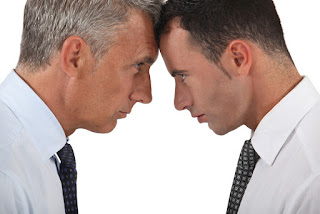 Political parties, Robin Sears writes, tend to make the same mistakes. That is true of Canada's three major parties -- particularly true when a new generation of leaders takes over. Consider what has happened to the Ontario PC's and other federal parties:

The Mike Harris and Tim Hudak generation were shown the door by the Brown team. They may have earned their banishment in terms of successive self-inflicted defeats, but they sliced off nearly two decades of party history and experience all at once.

The Liberal Party of Canada went through a decade long civil war as a result of the vanity of two men. One can, therefore, sympathize with the young team around Justin Trudeau, who sent every one of the lieutenants to either leader to purgatory.

Sadly, the consequence was to cut themselves off from some of the best minds in Canadian politics: a generation of Liberal strategists and former ministers. The absence of their access to that collective political wisdom has emerged over and over in weak political and communications management.

New Democrats have just come through a similar six “lost years,” between the death of Jack Layton and the arrival of Jagmeet Singh. The failure of Thomas Mulcair’s leadership had roots similar to the Liberal and Tory experience: a leader and his team who knew little about the institution they were given command of.


It's a familiar story. The young reject the wisdom of the old. There are times when the old become foolish. The current gun control debate in the United States is a case in point. But, as a general principle, it is unwise for the next generation to cut itself off from its elders -- in part because of the nature of political parties:

Those who ignore the fragile bonds of a political party, who ignore unhappy riding presidents, who look to poll numbers for proof of future success, make serious strategic blunders.

For institutions essential to a functioning democracy, political parties are almost uniquely archaic institutions, culturally and organizationally: their history is mostly oral, their principles and values passed from veteran to newbie verbally, and their real decision-makers and opinion-influencers are often well-hidden from all but the cognoscenti.


Sears believes that the NDP under Jagmeet Singh will not make the mistakes it made under Tom Mulcair. We'll see.

Image: Knightsbridge Robinson Surette
Posted by Owen Gray at 9:12 am


Peter Lowry (Babel on the Bay) and I discussed this recently in considering Mike Pearson. One of his rarely remembered but truly great achievements was to bring in fresh blood, party renewal. In Pearson's case, Liberal tradition held it was time for a French Canadian to head the party and so he recruited Jean Marchand who also brought in Gerard Pelletier and Pierre Trudeau, three anti-Duplessis compaigners. These weren't veteran Liberal hangers-on. They became Liberals when they answered Pearson's call. As I put it to Peter, when it came time for Mike to return the car, he made sure the tank was full. Do you remember when Judy LaMarch at the leadership convention urged Paul Hellyer to quit and throw his supporters to another candidate to block Trudeau. "Don't let that bastard win it, Paul. He isn't even a Liberal."

And that's how the Liberal Party went from Pearson's strength to a newcomer, Trudeau's. Such a powerful dynamic. It was around then that people talked about a Liberal dynasty, the Natural Governing Party.

By contrast, Tory succession was like a Sicilian feud. Diefenbaker was stabbed in the back. Joe Clark, ditto. Peter MacKay sold what wasn't his to give. It was a succession of mediocrity that continues to this day.

The Liberals also lost sight of the benefit of orderly - and timely - succession and lapsed into mediocrity. Chretien refused to step down. He lingered well past his best before date and left the party deeply fractured when Martin took over, each side bitter and blaming the other. They wound up with Dion, nobody's preferred choice. Then the Libs succumbed to messianic tendancies, annointing Ignatieff despite the complete absence of any indication of suitability for politics before handing the reins to the Dauphin, the supposed reincarnation of one of their party's last two great prime ministers. He not only wore his father's buckskin jacket but he ran a campaign that faintly resembled what people could recall of his father only to renege on those solemn promises once installed in office. Now it's a party of pissants.

No need to repeat mistakes, given that the glory of human ingenuity lies in Humanity's genius for devising new mistakes.

The Big Blue Machine stayed in power for 42 years, Mound, because it carefully planned successions. These days politcal parties change leaders by calling out the long knives.

Quite true, Danneau. But, because we have a poor understanding of history, we continue to repeat the mistakes of the past.