A Rising Tide of Hate 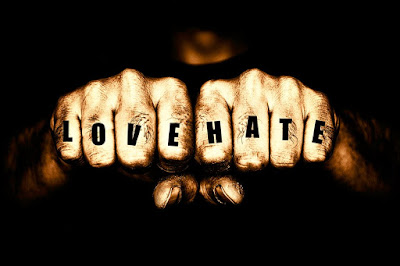 Canadians have been rocked by what happened in London, Ontario. But what happened there was not new. During the pandemic, however, our focus was elsewhere. Glen Pearson writes:

While the world has been preoccupied with a pandemic that seems to have affected everything, most have forgotten that the rise in hate crimes against Muslims has been on the upswing.  Around the world, Muslim populations are feeling under assault.

Statistics Canada had already warned us that hate crimes against Muslims in this country grew 253 percent between 2012 and 2015 – just in three years.  The number of hate crimes generally skyrocketed by 50 percent in 2017.  The prime targets have been Muslim, Jewish and black populations, and the increases have been mainly in Ontario and Quebec.

What do we do with surveys like the 2017 Radio Canada poll that discovered that 74 percent of respondents called for a values test given to Muslim immigrants?  And what of the 23 percent who favoured a total ban on Muslim immigration?

As with America, there was a tendency to believe that nationalism would diminish following Donald Trump’s loss in the recent election.  That is turning out not to be the case.  Anti-Muslim or anti-immigrant hatred travels quickly across the Internet, finding ready support for calls to action.  This too is a political nightmare. Governments on both sides of the border have yet to effectively counter the social networks that refuse to take responsibility for their lack of monitoring or censure. Their defence of free speech is turning out to be a mandate for hate speech.

Across Europe, America, and Asia, hate crimes have been increasing, and remedial measures have mainly proved ineffective.  As Canadians, we watch the dramas unfold across the globe and occasionally comfort ourselves that our country is beyond the reach of such evils.  Then comes the Quebec City and London attacks, and we chalk them up as terrible but not everyday occurrences.  We read the inconvenient statistics and police reports, and we realize that Canada is heading in the wrong direction for all our peaceful assurances regarding hate crimes and bigotry.  Only then do we admit that we have a severe problem whose solution must transcend political bromides.

Our darker angels are always with us -- just under the surface. We must remember that love and hate are two sides of the same coin. What motivates our generosity and tolerance can quickly become the source of our anger and broken dreams.

And keeping a sense of balance is increasingly becoming difficult.

Email ThisBlogThis!Share to TwitterShare to FacebookShare to Pinterest
Labels: The Tragedy In London

It's no secret that rising levels of hate follow rising inequality. It's easy for politicians to condemn the blooms of racism and hate; much harder to grab the nettles and pull the weeds of inequality.

Envy is rooted in inequality, Cap. And envy is the source of hate.

I find myself in the uncomfortable position of agreeing with Kinsella. He writes of the hypocrisy of leaders who join the mourners in London but do not object to a Quebec effort to amend the Constitution that is really targeted at Muslims. A weather vane in a tornado.

Trudeau is not an ardent fan of the Charter of Rights. He has proven that with his foot-dragging on the assisted dying law. The Supreme Court of Canada, in a 9-0 per curiam decision, ruled that is a Charter right of all Canadians and set out the broad limits of its operation.

Trudeau, having lost that fight before the SCC, then continued to abridge the Charter right by limiting the scope of the assisted dying law so clearly spelled out in the Carter decision.

The prime minister's saving grace is that he has an even more feckless adversary in the Tory leader, O'Toole.

I agree with your assessment of both Trudeau and O'Toole, Mound. I suspect that Justin's father would take a much clearer stand.