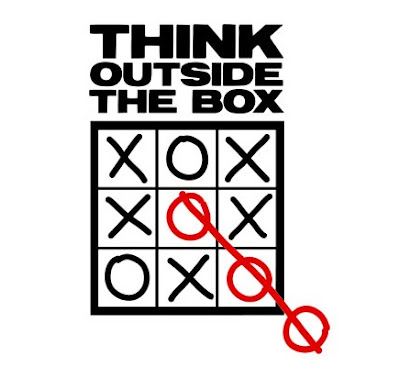 Heather Scoffield writes that some people are beginning to think outside the box:

B.C. is paying the provocative Mariana Mazzucato and her institute at University College London about $350,000 to advise the provincial government over the next year on how to shake things up so that their comeback is all at once inclusive, innovative and sustainable.

It’s just one manifestation of the new-found political conviction that plain old economic growth is just not enough — that the pandemic has exposed deep problems of inequality and our vulnerabilities to crisis, and clearly something needs to change. Policy-makers and government critics alike are eyeing the blossoming comeback, determined to take full advantage of it to solve a whole range of problems.

From federal minister Catherine McKenna quitting politics to push hard at climate change from outside government to Finance Minister Chrystia Freeland making child care the centre of her pandemic budget, they’re talking about tossing away the shackles of convention to confront the problems of our generation.

Noted economist Don Drummond has the nub of an idea on that front. In a new paper, the chair of the Centre for the Study of Living Standards establishes the case for confronting inequalities in the name of widespread prosperity. And he proposes a new institute whose purpose is to shift government policy toward enhancing growth, crushing inequality and protecting the environment all at the same time.

Before readers roll their eyes at another layer of bureaucracy, Drummond explains that this institute would draw in federal and provincial governments, researchers and thought-leaders, but also operate outside the electoral cycle in a permanent way that ad hoc advisory groups have not been able to in the past.

“Canada can and must do better on growth and its distribution,” Drummond writes. “The economic future will likely be so dynamic, with the adjustment to a lower-carbon future just one of many fundamental shifts likely to happen, that it seems unlikely a temporary body can recommend a one-time reset that will put the Canadian economy on a promising path for years.”

There are loud voices calling for a return to the past. They call it "normal." We must not follow their counsel.

Email ThisBlogThis!Share to TwitterShare to FacebookShare to Pinterest
Labels: A New Social Order

Normal means unbridled consumption of resources. We all know that can't continue indefinitely, but no politician wants to be the one to yell "STOP!"

We can't square the circle, Cap. The tendency to engage in magical thinking is the enemy of the good.

" . . . he proposes a new institute whose purpose is to shift government policy toward enhancing growth . . . "

We've had enough with growth. We've been doing growth for so long and see where it got us, over population, over consumption, the earth and most of its inhabitants at risk.

Do we really have to pay some institute $350,000 to tell our government what to do?


12:28. I am in agreement with you. You have taken the words right of my mouth.Anyong

The faction demanding a restoration of the status quo is powerful. They're backed by a large segment of the population fearful of change.

There's not much one province can do to rejig the national economy and we have a federal government that shows no appetite for visionary change.

We could sure use the $12-16 billion Ottawa is pumping into the Justin Trudeau Memorial Pipeline intended to flood world markets with high-carbon bitumen. Essential infrastructure is failing from the heatwave. Lorne has posted a Global TV video that's eye-opening.

What a hell of a time to have the governance of our country a toss-up between Trudeau and O'Toole. I wonder if the Gods are sending us a message.

We have perfectly good pressure groups and thinktanks on both sides of the political spectrum - Broadbent Institute and CCPA to the infamous Fraser Institute. But no the ultimate insider wants to get in on the action and grab public money at the same time.

Talk about the government only listening to whom they choose and claiming that they consult and take independent advise. No wonder thinking people are pissed at Government!

The weather in the West is yet another signal that what we used to think of as normal is fiction, Mound. Yet our governments are in a state of denial.

We're looking at another March of Folly, Ben. The circumstances change, but the story always ends the same way.

Haven't we heard this tune before? The song is the same, just a different pitch.

I admit we've heard some of this before, zoombats. But, this time, there's more urgency behind the music.

The superfluous occupations are proving to be nothing more than the circuitous use of non essential occupations to keep Neo liberalism alive.

That , in Canada, the BC economy can better the average Canadian economies without a robust retail or tourist sector makes one wonder just what is possible or required.

Perhaps an economy built on wants rather than needs is the road to our demise?

That's precisely the problem, TB. The whole system is built around the notion that we must want so much more than what we need.


With the possible exception of Keynes, whom I don't think ever claimed to be an economist, I am impressed by their lack of connection with reality.


I remember at the height of the Silicon Valley boom with small start-up companies going crazy that I had an academic economist assuring me that a monopoly was the best source of innovation.

OTOH I have read some of Mariana Mazzucato's work and she seems rather good. We, probably, should not call her an economist.

7:56 Encouraged by governments through corporations, is something most people do not see especially the 30 somethings. They like to blame All Baby Boomers for our mess. However, they do not seem to be too interested in taking up the cause of our climate disaster we now find ourselves. The other day while going into a building, a young person said, “Another old baby boomer”. I was having trouble opening the door. We are in a loottt of trouble beginning in every direction. Anyong

As in any profession, jrk, there are good practitioners and bad ones. I wonder how Rand Paul graduated from med school.

We baby boomers are in disrepute these days, Anyong.

11:26: I am not a baby boomer actually….born during WW II in England. My father from Newfoundland and my English mother taught me what “sustainability” is all about. Anyong

11:26….actually born in England during WWII and missing the baby boomer years. My father from Newfoundland and my English mother taught me what the word Sustainability means, something mellenials know nothing about. Anyong