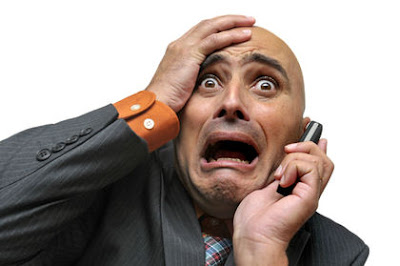 Canada's inflation rate -- at the moment -- is 3.6% Some people are freaking out. They suggest we're headed for a re-run of the 1970s. Paul Krugman writes that what matters is core inflation:

Since the 1970s, and especially since a seminal 1975 paper by Robert Gordon, many economists have tried to distinguish between transitory fluctuations in the inflation rate driven by temporary factors and an underlying “core” inflation rate that is much more stable — but also hard to bring down if it gets uncomfortably high. The idea is that policy should largely ignore transitory inflation, which is easy come, easy go, and worry only if core inflation looks as if it’s getting too high (or too low).

Since 2004 the Fed has routinely published an estimate of core inflation that it derives by excluding changes in food and energy prices, which are notoriously volatile, and has used that measure to fend off demands that it tighten monetary policy in the face of inflation it considers temporary — notably in 2010-11, when prices of oil and other commodities were rising and Republicans were accusing the Fed of risking “currency debasement.”

The Fed was, of course, right: Inflation soon subsided. And the distinction between transitory and underlying inflation — a distinction that, judging from my inbox, generates an extraordinary amount of hatred from some Wall Street types — has, in fact, been a huge practical success, helping the Fed to keep calm and carry on in the face of both inflation and deflation scares.

During recent weeks, some prices have skyrocketed -- like lumber and copper and used cars. However, those prices are receding:

Lumber prices have plunged in recent weeks. Prices of industrial metals like copper are coming down. Prices of used cars are still very high, but their surge has stalled and they may have peaked. Core inflation wins again.

So, instead of panicking, keep your eye on core inflation.

In the public mind inflation is often conflated with cost of living. They are different numbers however it is cost of living that matters to most of us.

A fair point, Toby. What matters is the cost of necessities.

Like my distrust that GDP is a meaningful measurement, the I am skeptical of the inflation stats and fear they are just part of wage-suppression. Cost of living, indeed!

As Mr. Twain wrote, PoV: "There are lies, damned lies and there are statistics."

It was understood a few months ago that as economies emerged from lockdowns, etc., there would be a short-lived inflationary blip. Then, when that comes to pass, we ignore the earlier analysis because the sky is falling.

We're silly people. Look at the minor events that can send gas pump prices jumping 5, even 10 cents a litre. We become incapable of distinguishing threats real from imagined.

In a time of burgeoning conspiracy theories, Mound, we cast reason to the wind.