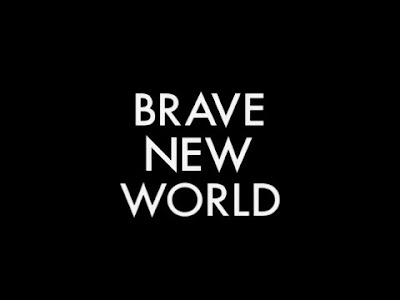 In the middle of the Second World War, the British government -- with an eye to the future -- decided to review all of the programs it administered. Robin Sears writes:

At the time, the U.K. had seven government departments overlapping on a multitude of often conflicting pension and social benefits policies. Sound familiar? Beveridge took little more than a year to analyze and study the holes in a threadbare safety net. He produced a report that literally changed the face of health and pensions around the world. Working with a series of fellow bureaucrats, they together consulted dozens of experts and citizens and produced a final report to ecstatic reviews. It sold 600,000 copies in weeks.

Beveridge pushed his study boundaries far beyond a tidy-up, recommending the creation of the National Health Service and an entirely new social safety net. His recommendations helped form the basis of our own systems, and many others around the world. It was his vision of rebuilding back better after the war. Its impact took decades to unfold, but the Beveridge Report is still regarded as one of the foundational documents for our social infrastructure in the advanced democracies.

Sears suggests that, as the pandemic recedes, we do the same:

Royal commissions are often sneered at as expensive, time-wasting political delay devices. But we have had several great commissions in the recent past, ones whose impact were felt for decades. The Royal Commission on Aboriginal Peoples, widely pilloried at the time, is now seen as a catalyst to unlocking Canadians’ new focus on Indigenous reconciliation.

We have learned many cruel lessons from the pandemic about preparation, education, co-ordination and adequate funding. But we have also made our support systems more complex and overlapping, with no obvious strategic vision to guide them. Add the challenges of a federal state, and we stand on the verge of losing the pandemic peace. New thinking on housing, education, health and innovation exists in unfinished pieces in many places, but again we have no strategic plan on what would make a unified social infrastructure for Canada’s 21st century.

We need to ask -- and answer -- several questions:

Should it include a guaranteed monthly income? Can we find alternatives to surging hospital costs? How do we replace the 19th-century straight jacket that traps each level of education? How do we ensure that each of the social determinants of health and prosperity are addressed in a coherent whole, and not a tangled plate of policy spaghetti?

The worst thing we could do would be to enter the next pandemic -- and there will be one -- without a plan to deal with it and the social strains it will impose.
Image: ET Canada
Posted by Owen Gray at 9:09 am

Email ThisBlogThis!Share to TwitterShare to FacebookShare to Pinterest
Labels: A New Royal Commission

What I notice most about our current federal government, Owen, is their almost endless capacity for saying the right things, but the enacting of these aspirations seems mired in inertia. Any chance of 'building back better' would surely require a change in the taxation regime, but I don't hold my breath about that one. I read recently, for example, that despite large infusions of cash, the CRA has not prosecuted even one large tax evader, although they have called in a couple of them for 'a good talking to.'

Call me skeptical, but this milquetoast stuff is the verbiage of the tinkering, non-leaders the previous posts decries:

"Should it include a guaranteed monthly income? Can we find alternatives to surging hospital costs? How do we replace the 19th-century straight jacket that traps each level of education? How do we ensure that each of the social determinants of health and prosperity are addressed in a coherent whole, and not a tangled plate of policy spaghetti?"

The Beveridge Report satisfied everyone but the doctors. From private physicians to government employees in one fell swoop. Dentists and vets weren't affected. It's why our family came to Canada in 1959 -- imagine a psychiatrist on 900 pounds a year, or about $2500 with a wife and four kids and 12 years experience. Thirty quid a week slapping together Morrises in Oxford, by contrast. Doctors got paid far less than car assembly line workers, and not by a little bit, because unions. That's why there were hundreds of docs with British accents in Canada during the last half of the twentieth century. Canada did not repeat this error in 1968, although Tommy Douglas gave it the old college try in Saskatchewan in 1962, and bought himself a strike.

So, if we do manage to organize something useful before the next pandemic, or more likely, food shortages from this ghastly weather, lets hope some real brainpower gets used. In this neoliberal world with the wealthy running everything, I have my sincere doubts.

P.S. Here is a link to the previously-mentioned CRA inaction, Owen: https://www.thestar.com/politics/2021/06/22/cra-audits-of-ultra-wealthy-canadians-yield-zero-prosecutions-convictions.html

What we face is an opportunity, Lorne. Whether we'll be wise enough to see it for what it is -- and to really make things better -- is an open question.

Well, the gap between rhetoric and action is always pretty big, PoV. We'll have to see how much action follows from these aspirations.

The Big Money is still in charge, BM. Your skepticism is well-founded.

Thanks for the link, Lorne. As I wrote in response to BM, the Big Money is still in charge.

There's one thing worse than entering the next pandemic without a plan. That's having a plan and ignoring it, like we did for the novel coronavirus.

After our SARS experience, the feds made a plan for the next pandemic and gathered PPE. The plan sat on a shelf, little was done to standardize public health reporting across the country, pandemic monitoring was underfunded and allowed to wither, and the PPE became stale-dated and unusable.

The provinces were no better. Following Justice Archie Campbell's recommendations in the SARS Commission report, Ontario gave its chief medical officer of health broad powers to implement and enforce public health measures without political interference. Then Dr. Williams ignored all that and allowed politicians to dictate public health measures. Ford's half-ass response predictably prioritized short-term business profits over public health, and killed over 9,000 Ontarians. Instead of aggressively containing spread like the Atlantic provinces did, Ford's bumbling resulted in three waves and a months-long crippling of business in the GTA. A plan that's not followed is just a waste of time and paper.

Point well taken, Cap. Wisdom is only valid in action.

With all the great suggestions followed by comments like “l won’t hold my breath; “call me a skeptic”; “ If we do manage to”; “I have my sincere doubts”, is it any wonder nothing moves in this country until we are hit by a broad side of some kind? Remarks like this are downers with a wait and see attitude….the Canadian way. I hope you are all writing to your Government representitives with your wonderful comments less the skepticism. Anyong

We need to learn the meaning of the word "proactive," Anyong.

all with this sinking feeling that I'm locked in a hopeless, Sisyphean loop.

But, sure admonish us all you like if you think it helps.

Sometimes it feels like we continually relive Groundhog Day, PoV.

I didn't start to reflect on the futility of the effort in all of the uncompensated time I put into it until a few years after I a hit what should have been my retirement age. The time wasn't wasted. I just wasn't giving enough of it and I wasn't doing the right things. I even said "no" a couple of times. Now I'm ashamed. I'll try to give it a major reboot if I ever hit 75.

Thanks for the encouragement.

The old saw still remains true, John: We get the government we deserve.