The Law Is Catching Up With Rudy 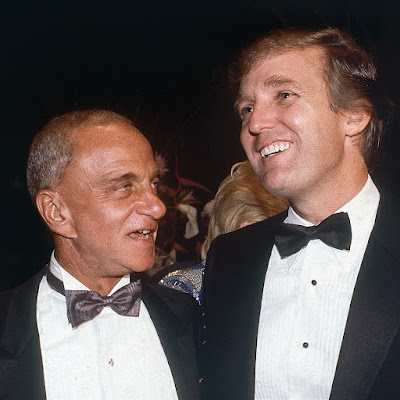 Attorneys are supposed to — they are ethically bound to — zealously represent their clients, however unpopular. As a general matter, we should salute this zealousness, not punish it, for fear of chilling representation of those who need it most. The quintessential example of this principle is John Adams, who as a young lawyer famously defended British soldiers accused in the Boston Massacre.

But advocacy has its limits, and Rudy Giuliani, it is safe to say, is no John Adams. One man defended the defenseless in the greater service of the rule of law; the other asserted the indefensible in the service of overturning the results of an election.

For Marcus, the universe is unfolding as it should:

This is a welcome and entirely justified development. In the aftermath of the 2020 election, Giuliani wasn’t the only Trump lawyer to make unsupportable claims about voter fraud, but he was the most prominent. Both in and out of court, Giuliani made repeated false statements: That Pennsylvania received more absentee ballots than it had sent out before the election. That Trump was pursuing a claim of voter fraud in the Pennsylvania courts when in fact he was not. That dead people — sometimes 8,021, at another point as many as 30,000 — voted in Philadelphia, including heavyweight boxer Joe Frazier.

Giuliani also accused the manufacturers of voting machines and others of cheating:

A disciplinary panel of judges found that:

“These false statements were made to improperly bolster respondent’s narrative that due to widespread voter fraud, victory in the 2020 United States presidential election was stolen from his client. We conclude that respondent’s conduct immediately threatens the public interest.”

The suspension of Giulian's license occurred thirty-five years to the day that another of Trump's lawyers -- and Joe McCarthy's lawyer -- Roy Cohn was disbarred. During the proceedings against Cohn, Trump appeared as a character witness for Cohn.

With Trump as a character witness, I can see why Cohn was disbarred.

It's clear that, if you're a lawyer who works for Trump, your career will not end well, Cap. There will be other lawyers who'll be disbarred.


Cap is on the money in pointing to Bill Barr. Will Merrick Garland be willing to prosecute his predecessor and potentially set a precedent for future AGs? This is not to say that Barr hasn't crossed many lines. He has, like no other AG I can remember.

In any case the DoJ should get Barr in front of any of the several grand juries currently empaneled unless there's an indictment with Barr's name on it waiting in the wings.

Barr should be next in line, Mound. His offences are egregious.

This post got me thinking about another AG scofflaw, John Mitchell. From Wikipedia:

"In the days immediately after the Watergate break-in of June 17, 1972, Mitchell enlisted former FBI agent Steve King to prevent his wife Martha from learning about the break-in or contacting reporters. While she was on a phone call with journalist Helen Thomas about the break-in, King pulled the phone cord from the wall. Mrs. Mitchell was held against her will in a California hotel room and forcibly sedated by a psychiatrist after a physical struggle with five men that left her needing stitches. Nixon aides, in an effort to discredit her, told the press that she had a "drinking problem". Nixon was later to tell interviewer David Frost in 1977 that Martha was a distraction to John Mitchell, such that no one was minding the store, and "If it hadn't been for Martha Mitchell, there'd have been no Watergate."

"In 1972, when asked to comment about a forthcoming article that reported that he controlled a political slush fund used for gathering intelligence on the Democrats, he famously uttered an implied threat to reporter Carl Bernstein: "Katie Graham's gonna get her tit caught in a big fat wringer if that's published."

"On February 21, 1975, Mitchell, who was represented by the criminal defense attorney William G. Hundley, was found guilty of conspiracy, obstruction of justice, and perjury and sentenced to two and a half to eight years in prison for his role in the Watergate break-in and cover-up, which he dubbed the "White House horrors."

"Tape recordings made by President Nixon and the testimony of others involved confirmed that Mitchell had participated in meetings to plan the break-in of the Democratic Party's national headquarters in the Watergate Office Building. In addition, he had met with the president on at least three occasions in an effort to cover up White House involvement after the burglars were discovered and arrested."

I wonder how Barr stacks up against the gold standard, John Mitchell.

A good question, Mound. The imprisonment of Mitchell sent a strong message about the rule of law. Obviously, Barr didn't get that message.