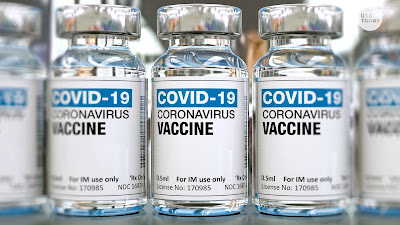 Canada botched its response to COVID. But, when it came to vaccines, Alan Freeman writes, we did it right. Consider the difference between Canada and Australia:

Australia has long been hailed as a haven in the midst of the pandemic. Taking advantage of its geographic isolation, the Australian government instituted some of the strictest travel restrictions anywhere, and a no-nonsense approach to lockdowns when the smallest clusters of infections arose.

The result has been dramatic. While Canada has lost 25,774 lives to COVID-19, the toll in Australia has been relatively mild — just 910 deaths since the start of the pandemic.

Yet the mood in Australia is anything but upbeat. Its vaccination campaign has been sluggish, to say the least. While 63.1 per cent of Canadians have received a first dose, in Australia, that number is just 18.4 per cent, according to the World in Data. (The Globe and Mail reports that 71 per cent of Canadians over the age of 12 have received a first shot, well ahead of the U.S.)

The difference came down to how each country purchased vaccines:

Between August and October of last year, Canada bought vaccines under development from Pfizer, Moderna, Johnson & Johnson, AstraZeneca, Sanofi-GSK, and Medicago, later adding Novavax. It was a crap shoot, because it was unclear at the time which of the vaccines would actually work and when they would be ready. The vaccines from Sanofi-GSK, Medicago, and Novavax are still not approved.

By last January, Canada had ordered 362 million doses, or 9.6 doses per person, more than the EU, the U.S., and even the U.K. Procurement Minister Anita Anand said that, because the government didn’t know which vaccines would work and when, it decided to keep as “many irons in the fire” as possible.

At first glance, Australia should have had an advantage over Canada. It had a promising, locally developed vaccine, developed by the University of Queensland, and AstraZeneca had domestic production capacity. Canada had no significant manufacturing capacity, and its domestic vaccines were far from ready.

Australia was also probably lulled by its success in controlling the pandemic, just as Japan and Taiwan were. All three countries have turned out to be laggards on vaccinations.

By putting most of its eggs in just two vaccine baskets, Australia soon found itself in big trouble. The Queensland vaccine was a dud, leaving it to depend more on AstraZeneca. Soon, news of very rare clotting events put a cloud over that vaccine, made worse by advice not to administer it to Australians under the age of 50.

But Australia had only signed up to buy Pfizer doses last November, and began receiving small deliveries this February. It has since doubled its order to 40 million doses, but it’s in the back of the queue. Australia has also ordered 25 million Moderna doses, but won’t get the first 10 million until later this year, with the rest arriving in 2022.

It’s not just Ottawa that deserves kudos for its vaccine-procurement strategy. The provinces, despite computer glitches and inconsistent messaging, have proven that, once doses were available, they were able to deliver them to millions of willing arms quickly and efficiently through mass vaccination clinics, pharmacies, and pop-up clinics.

Despite the inevitable grumbling, the health-care system has delivered.

This is no reason to crow. As the recent furor over residential schools proves yet again, we have  "problems by the number, troubles by the score."

But it's nice to know that government can still work.

Australia was almost 19 times more effective at protecting its population than Canada. Australia had just 910 Covid deaths. Multiplying by 1.5 to account for the difference in population size, gives 1,365 deaths in a population the size of Canada's.

1,365 deaths vs. 25,774 deaths. If one of the most basic functions of government is protecting the lives of its citizens, our leaders should be tarred and feathered in the streets. No vaccine whataboutism will bring Canada's dead back to life.

Quite true, Cap. And, after SARS, we knew what we had to do.

I had to check out population statistics also because I failed to comprehend the comparison between Australia especially regarding population and deaths. I also agree with Owen's point on we should have done better because of SARS.I am usually loathe to jump on the bandwagon when the silver lining crowd come out with praise for Government.I have quarantined twice now as I returned from living stateside over the last fifteen months and I don't feel the same belief that this Government necessarily works. Regardless of my acutely honed cynicism I have to ask how things would have been in this country if we still had Connaught Labs in play looking after the health of Canadians and indeed the world. https://connaught.research.utoronto.ca/history/

The sale of Connaught Labs should make all Canadians furious, zoombats. We had our own resources to handle pandemics and we sold off those resources to the highest bidder.

When it came to vaccines, Canada did it right.

Mound would probably disagree with me, PoV. But in comparison to other countries, our record on vaccines isn't bad.