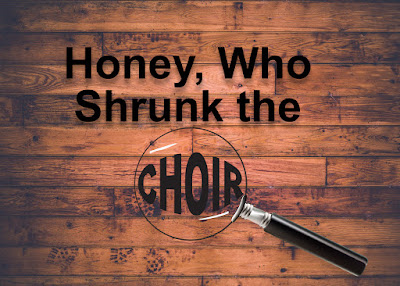 O’Toole delivered a video speech last week to the party’s MPs, complaining about communities that have decided to cancel Canada Day events this year after the discovery of hundreds of unmarked graves holding the remains of Indigenous children taken from their parents.

“I’m concerned that injustices in our past or in the present are too often seized upon by a small group of activist voices who use it to attack the very idea of Canada itself,” he said.

It's a message which appeals to his party's base -- but only to the party base:

The Conservatives still have many supporters — they did win the most votes in the 2019 election. But their increasingly divisive approach seems aimed only at the people already likely to vote for them.

And Conservative supporters are outliers on most major issues, from climate change to immigration to the pandemic, and the party increasingly seems to be held hostage by religious social conservatives. Pandering to the base drives away centre-right voters who once were the party’s main constituency.

As the polls show. The party captured 34 per cent of the popular vote in 2019, when the Liberals won a minority government. An Ipsos poll last month found support had fallen to 26 per cent. (Making a fall election even more likely.)

By way of contrast, both Justin Trudeau and Jagmeet Singh took a different approach:

“I think this Canada Day, it will be a time of reflection on what we’ve achieved as a country but on what more we have to do,” [Trudeau] told reporters. Federal government Canada Day events are going ahead.

NDP Leader Jagmeet Singh took a similar stance. “While there’s things that we can be proud of, absolutely, there are things that are really horrible, and that are a part of our legacy,” he said.

Both respected people’s right to make their own choices without judgment. Which likely makes sense to most voters struggling with the terrible contradictions of a country that claims a noble purpose yet has a history of genocide and continues to wage war against Indigenous people.

Like his Republican brethren south of the border, O'Toole is preaching to a shrinking choir.

You'd think a guy so concerned about a small group of activists attacking the very idea of Canada itself would be more hesitant to embrace the Wexiteers in his party. Unlike indigenous Canadians who have legitimate grievances about this country's racism but don't call for separation, the Wexiteers want to separate so they can profit more off killing the planet. It's clear to me which of these activists is the bigger risk, but O'Toole doesn't see it that way. No wonder Con support is in freefall.

The reason why the Conservatives are failing is as plain as the nose on O'Toole's face, Cap.

O'Toole had his chance to rally the troops at the last Tory convention but, instead, he got dragged down by a churlish debate on whether global warming is a real problem. It's small wonder there's a movement to bring back Harper.

Politics has become moribund. That is ideal for the Liberals. The only name I can think of that's even somewhat interesting is Mark Carney but there's no place for him given the Liberals' fossil fuel policy.

Generating any enthusiasm for Canadian politics has become hard work. Politics is detached from the critical issues of the day, especially the climate emergency.

I watched a Trudeau presser this morning from the Soo where he announced about half a billion in funding to convert an Algoma steel plant from coal to electricity. I guess he's not too eager to visit the wildfire swept West. If I was JT I'd steer clear of it as well.

The crises are cascading, Mound -- and we're dealing with them one at a time.

visiting the wild fires in B.C. is not a good idea. its dangerous and politicians touring simply take away from the fire efforts. given Trudeau doesn't have fire fighting training, he is best some where else, not that I'm opposed to him visiting the province, just not the fire zone. as it now stands the air quality will deteriorate and no one is going to want to visit the province. When the fires are really going, breathing the air is like smoking 3 packs a day and I'd rather have the 3 packs a day. Gave it up in the 1970s, but still I did like smoking.

All that effort you put into giving up smoking could be nullified by the fires, e.a.f.