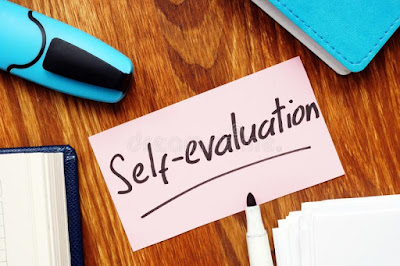 Erin O'Toole does not inspire confidence. Many will blame him for his party's current woes. But those woes, Andrew Coyne writes, go way beyond O'Toole:

The Conservatives’ woes did not begin with Mr. O’Toole’s leadership, and they will not end there. In six elections under the unified Conservative banner, the party has averaged just short of 35 per cent of the vote – four percentage points less, on average, than the old Progressive Conservative and Reform/Canadian Alliance parties used to get, between them, in the years when the movement was divided.

Some of that is explicable in terms of policy. On many of the most important issues of the day, Conservatives have either had nothing to say (hello, climate change) or have actively antagonized voters they might otherwise have reached (race, immigration, marriage equality).

More broadly, the party seems to have lost its nerve, unable even to advance traditional conservative policies – free markets, lower taxes, balanced budgets – with any vigour. The left has been right about more things than the right in recent years, but right or wrong it has been demonstrably more confident.

Something in the Conservative temperament has simply become repellent to a great many people. If the besetting sin of Liberals is smarmy sanctimoniousness, the Conservative equivalent is a chippy defensiveness, an adolescent petulance, a conviction that the cards are perpetually stacked against them. Fair enough, up to a point: decades of what the late Richard Gwyn called “one-and-a-half party rule” have left their inevitable residue – a bureaucracy, a judiciary and a press gallery that are inclined to see the world, if not through Liberal glasses, then certainly through liberal ones.

So far, Canadian Conservatives have not gone off the deep end, like their Republican cousins:

The same fundamental insecurity that, in a Joe Clark or a Bob Stanfield, emerged as a kind of apologetic cough of deference to liberal elites, is also at work in today’s smirking Conservative populist. Though Canadian Conservatives have not gone so far down that road as their counterparts elsewhere – there is nothing to compare to the Republicans’ current mix of white nationalism, LOL-nothing-matters nihilism, and lunatic, QAnon-inspired conspiracy theories – they are too willing to nod in that direction.

The Conservative Party of Canada needs to take a hard look at itself  -- something it does not want to do.

Email ThisBlogThis!Share to TwitterShare to FacebookShare to Pinterest
Labels: Conservative Self Evaluation

I think it comes down to tremendous fear of alienating the bigoted So-Con base the party depends on. A case in point happened in Kelowna during the ban on conversion therapy vote where the local MP Tracey Gray, twisted herself into a pretzel to avoid spilling the beans that her vote against the bill was to save face with her supporters. She even used the old canard of "let the parents have a say" which has long been an evilgelical talking point against LGBTQ rights. The party simply can't wrap their head around the fact that if they actually stood up to these twits, they may appeal to the broader electorate and the bigots could find a different outlet, perhaps the people's party. BC Waterboy

The bottom line is that the Conservatives are afraid of their voters, waterboy. That kind of cowardice is not good for them or the country.

The only thing preventing the Con base from being as unhinged as the GOP or UK Tory base is the blessed absence of the Rupert and Lachlan Murdoch hate machine. Harper recognized this and sent Kory Teneycke to set up something similar at Sun News, but that folded when they couldn't get the sort of deal that puts Fox News in just about every cable package offered in the US.

Instead, we're left with Ezra Levant's Rebel Media stoking hate and conspiracies at a much lower wattage. But my sense is that most Con MPs would be flying the Q Anon flag if they thought they'd get solid media backup, because that's where their base is right now.

Luckily, Sun News didn't get any traction, Cap. But that was before conspiracy theories became all the rage. I honestly don't know what could happen these days.


It used to be that our opposition parties held the government's feet to the proverbial fire. Making that possible required an opposition ready and able to govern, a party that could win over the electorate.

What bothers me is not the prospect of a Conservative malaise but how it gives a free pass to the Liberals to do as they like. The real Liberal platform in the next election will be "Vote for me. At least I'm not that guy." That's circling the drain.

I had almost forgotten Ezra existed. A quick trip to Rebel News seems to suggest he is as nutty as ever. I think we have a relatively small group of Cos who are nearly as nutty as the US Republicans---remember Doug won the Tory leadership---but overall to small to be very effective.

Totally OT. I was looking at the Australian Brodcasting Corp's site and Victoria is having another lockdown. They, definitely, do not fool around. Here are the new restrictions as Victoria goes back into lockdown

If our revered Premier could have done something even one-quarter as good....

That's what the platform was the last time around, Mound.

The Aussies don't mess around, jrk. When they tie their kangaroos down, sport, they indeed tie them down.

At least Ronald Raygun was 'liked' while playing at the avuncular uncle. And many Brits secretly wanted an S&M session with a black-corseted Margaret Thatcher. Brain Mulroney successfully cultivated a friendly demeanor while clutching brown paper bags full of cash.
Coyne calls it right: nobody likes CONs these days and for good reason.


With O'fool & the Con follies and the Green Zionist implosion (and the Bloc looming in la belle province) we have a much more appetizing electoral scenario to explore.

I make no predictions at this point, PoV. I really don't know what will happen.

I like it. I wonder if any Con supporters realize that, to keep the Liberals from getting another majority, they'd be wise to support the strongest non-Liberal candidate in their district. I doubt it. If they gave it a thought, they'd probably try to corrupt the process as the Liberals have always done.

My post wasn't meant as a prediction, Owen. More like a call to action for new thinking on strategic voting. ;-)

Corrupting the process seems to be standard operating procedure these days, John.

It would be nice if we could get some new thinking on Proportional Representation, PoV.