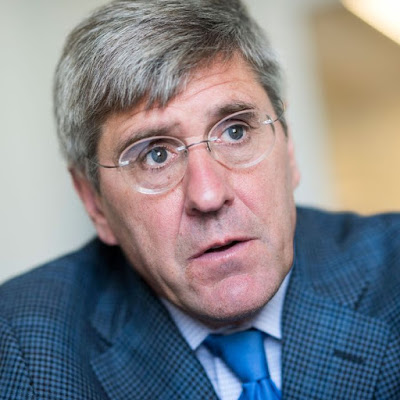 Paul Krugman writes that, on the Right, ignorance has become a necessary qualification:

On the right, expertise isn’t just considered worthless, it’s viewed as disqualifying. People with actual knowledge of a policy area — certainly those with any kind of professional reputation — are often excluded from any role in shaping policy. Preference is given to the incompetent — often the luridly incompetent.

It was Moore . . . who walked into Donald Trump’s office just days after America went into lockdown to urge reopening by Easter. While an immediate lifting of pandemic restrictions didn’t happen, Trump’s growing insistence that the pandemic was no big deal helped inspire armed protests against social distancing and mask-wearing, and it contributed to a public health disaster that has so far claimed 600,000 American lives — with 95 percent of the deaths happening after Easter 2020.

It goes without saying that Moore isn’t an expert on epidemiology. But he isn’t an expert on economics, either. In fact, he has a reputation among many economists for being wrong about almost everything. I don’t mean that he has made some bad forecasts — that happens to everyone (although some of us admit it when we were wrong and try to learn from our mistakes). I mean it is unusual for him ever to get the facts right, or even manage to land in the remote vicinity of the truth.

For example, in 2014 Moore published an attack on yours truly over the effects of state tax cuts in which every key number was incorrect. And not slightly off: He made claims about job growth for certain years but offered numbers from different years, and got even those numbers wildly wrong.

Another example: In 2015 he wrote an attack on Obamacare in which every main factual assertion was wrong.

Yet in right-wing circles Moore has failed steadily upward, serving as a member of The Wall Street Journal’s editorial board, becoming chief economist at the Heritage Foundation, and more. Trump tried to appoint him to the Federal Reserve’s Board of Governors and might have succeeded if Moore hadn’t been found in contempt of court for failure to pay alimony and child support.

There are lots of other examples. On the Right, Ignorance is Strength.

Email ThisBlogThis!Share to TwitterShare to FacebookShare to Pinterest
Labels: Ignorance On The Right

Ignorance is only part of the problem. Another part is deliberate lying. One of the characteristics of authoritarian parties is their willingness to lie.

Moore knows that he's selling bunk, but that's the whole point. Think of Trump sending Spicer out to lie about his inauguration turnout in the face of contradictory photographic evidence. The purpose of this kind of lying is to cement loyalty. Those that repeat the lie are loyal, those that won't need to be removed. Liz Cheney has found out exactly how this works.

I doubt any of them have ever read Orwell, Owen, but if they have, I'm sure they took the wrong message from him.

Mr. Wisselberg is another case in point, Cap.

It seems sometimes that these people are using Orwell as a handbook, Lorne.

Untethered from fact, ignorance is a perfect foundation for an implausible narrative. The mere saying makes it so.

The Swiftboating of John Kerry that sabotaged the Democrat's presidential aspirations is a fine example. The men who had served under Kerry on his Swiftboat patrolling the Mekong, the men who had fought with Kerry and readily confirmed his bravery under fire, were ignored. The Repug commo guys instead found some Vietnam vets who never knew Kerry who denounced him as a coward.

That outrageous narrative was planted on the open-mouth radio circuit. Eventually it was playing everywhere from Limbaugh on down.

The next step was to get the lie circulating on the hybrid opinion-news cable stations, especially Fox. It got airtime from O'Reilly and Hannity, that crowd. After sufficient repetitions it spread into the news side. Repeat, rinse and re-apply.

The target for this elaborate ruse was America's mainstream media, network TV and the major daily papers. It spread as a "qualified" story - "many are saying that." They couldn't ignore the story. It was everywhere and they were beginning to look bad for ignoring it. Eventually the qualifier was dropped and the lie became truth, everywhere.

Kerry was a scumbag, a guy who draped himself in honours he never earned. The irony is this thrice-wounded Vietnam war hero with both the Bronze and Silver Star medals lost to the guy whose family pulled strings to get him into the Texas Air National Guard, George w. Bush.

The Republicans were so pleased with themselves that the two guys behind this went on 60 Minutes to gloat and explain, stage by stage, how they pulled it off.

For many years I've written that the American people have been groomed. I called them Gullibillies. None of this was accidental. It was quite deliberately managed. Once you have their minds you have their votes. Fill their minds with dark images, appeal to their most base instincts, destroy their trust and stoke their fears and, who knows, you might even get them to storm the Capitol Building.

They're not the first population to succumb to a contrived narrative. The German people fell for it. The Japanese were convinced their Emperor was a God. North Koreans deify the Kim family.

Reduce people to a semi-moronic state and you can make them fervently believe that Democrats operated a pizza parlour for human trafficking and child abuse. That was the foundational springboard for QAnon. The measure of how well that worked is in the election of QAnon adherents to Congress.

A lot of Americans don't believe this nonsense. That's not the problem. It's that those not so easily manipulated often are intimidated or can't be bothered to push back and, with that, the Genie is out of the bottle.

All of this manufactured ignorance was carefully nurtured and transplanted, Mound. Those behind the tide are not ignorant. But they understand just how potent a weapon it is.

Stephen Moore? Ah yes, there was a bit of discussion about his competence at Andrew Gelman's blog back in 2014. He does not seem to have gotten any better. Suspiciously vague graph purporting to show “percentage of slaves or serfs in the world”.

Some of the comments are hilarious. I particularly liked "I think this what happens when you fit a quadratic to three data points!"

Unfortunately, I couldn't bring the graph up, jrk. I'd lie to see it.

This one works, jrk. Thanks. Seems like Moore has problems with basic math.