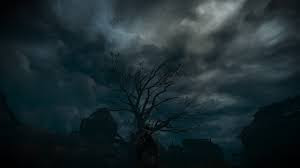 We now know that, in January, General Mark Milley believed that the United States faced a "Reichstag moment." Historian Timothy Snyder had been warning about that moment long before January. And Snyder is warning that the moment isn't over. Dana Milbank writes:

I called Snyder, who accurately predicted the insurrection, to ask how the history of European authoritarianism informs our current state.

“We’re looking almost certainly at an attempt in 2024 to take power without winning election,” he told me Thursday. Recent moves in Republican-controlled state legislatures to suppress the votes of people of color and to give the legislatures control over casting electoral votes “are all working toward the scenario in 2024 where they lose by 10 million votes but they still appoint their guy.”

“If people are excluded from voting rights, then naturally they’re going to start to think about other options, on the one side,” Snyder said. “But, on the other side, the people who are benefiting because their vote counts for more think of themselves as entitled — and when things don’t go their way, they’re also more likely to be violent.”

A lot of other scholars agree with Snyder. Another coup attempt, they say, is just around the corner:

In the United States, the future gets darker.

Email ThisBlogThis!Share to TwitterShare to FacebookShare to Pinterest
Labels: Another Coup Attempt?

A failed coup without consequences to its organizers guarantees another attempt. January 6 wasn't "a Reichstag moment," it was a Beer Hall Putsch moment.

Refusing to do anything about it is an open invitation to the organizers to take another run at it, Cap.

As long as US politics operates on a 2 party only system, how can they ever avoid the "school yard" scenario of "us vs them"? Most are a REGISTERED member of one of these two parties plus the Census includes that info on their records? Huh? Its like you inherit which party you vote for! (Although I don't know if this practice is still as rigidly adhered to these days.)

I don't think we should be too smug either. Look how quickly Harper/Manning Reform took over the old Progressive Conservatives, same as the Tea Party did to the Republicans, complete with a huge evangelical contingent whose fervent prayer is that we as a nation revert back to the 40's & 50's (or earlier if need be).

I am quite happy that we have several other functioning political parties in Canada - whether I adhere to their beliefs or not - because at least we DO have several choices that at least gives us choices (even if sometimes its just to protest).

Lastly, (sorry Mound) in 1952 the Liberal/Con coalition was failing and the CCF was predicted to win the next election. For the 1st and only time, we were a new voting procedure. You ranked your choice (1-4) of the 4 parties and of course everyone thought they HAD to use 4 votes otherwise the ballot would be spoiled. By the time the votes were tallied and weighted, an unknown party without a leader (Social Credit) came through and the rest is history. Fast forward and ole Gordo came up with a recommended Single Transferable Vote (STV for short which sounded more like a venereal disease to me) that that was turned down. See, I don't mind a minority government because it gives all parties and huge signal that they need to re-boot and perhaps get back to the reality of people's expectations of their politicians (even if most of them seem to be tone-deaf).

I especially worry about Canada's proximity to this crazed giant, Owen. The implications for us are dire in the long run.

Governments need to be held to account between elections, Lulymay. Minority government offers that possibility -- if the system is not totally corrupt.

America is in chaos, divided almost as severely as in the runup to the Civil War. There's a tectonic quality to it. The authoritarian far right is not going away. Tucker Carlson's management team knew that before he moved to become the beacon of white grievance. A demagogue in waiting? Some think he could become the successor to Trump.

Times of danger and tumult often bridge divisions, drawing diverse and rival groups together. Not this time. Not in America. Not today.

Something has to give. I was never entirely sure of the reliability of the generals. Would they remain faithful to their oath requiring that they defend the Constitution against all enemies, foreign and domestic.

The first civil war was conducted by many generals who were sworn to defend the Union yet threw in with the Confederacy. Now some of these blatant traitors' names are being expunged from American military bases, their statues hauled away to warehouses and storage yards. An oath is no greater than the constancy of those who give their vow.

The FBI and America's national intelligence apparatus will have their hands full monitoring this diverse gaggle of militiamen and malcontents. Domestic terrorism is the greatest threat facing the U.S. by an order of magnitude.

Trump continues to spread the lie and thereby manufacture discontent. I wonder if he saw the insurrection of January 6th as a failure. To him it might have been more like how the British command saw the Canadian debacle at Dieppe. They learned what worked and what didn't. They were able to hone their tactics for the June, 1944 Normandy landings.

Trump learned that, within the GOP, he remains omnipotent. He has Congressional Republicans kissing his ring. The Gullibillies, the white nationalists and the militias remain well-armed and loyal. Red state America implements voting suppression aimed at a clear demographic.

This struggle will play out somehow. It must. Red State and Blue State America seem irreconcilable. Maybe they can no longer co-exist within the same nation state. As Chuck Thompson concluded in "Better Off Without 'Em" a two-state solution could benefit both sides.

I heard this morning, Mound, that two-thirds of southern Republicans favour secession from the Union. I thought the Civil War was over.

This will continue until Punk gets what he wants. My father fought during the last war. He always thought there were too many Nazi supporters living in the U.S. and thought “sooner or later” what we observe now was going to happen again. He would not purchase a Ford vehicle or support anything he knew had supported the last war for example Standard oil. Anyone who has studied the history of WW II has their suspicion of the US. For one thing, all the corruption in North and South America without any repercussion leaves the idea, if a person is ruthless enough, they can do what ever they like. Look out Canada! It is time journalist speak the truth out loud about what they see happening in the not too distant future. We need a Churchill more than ever. Anyong

I read your blog and you are right on the money. Thanks for writing about what happens to be worrying to many of us. Anyong

We need truth-tellers like Churchill, Anyong, who see what's coming.

Keeping over 300 million people together in some form of unified state is too much of a challenge unless the Czar delegates sufficient but not too much authority to his secret police. It's a game of achieving just the right balance and may require the careful cultivation of competing yet complementary branches in the service of state security that will keep each other in check. Trump could be their best hope of staying together if he succeeds in getting official status for his Brown Shirts the next time he's elected. They outnumber the army and many of them are much better armed. Although often lacking in fitness and disposed to undisciplined conduct and deportment, Donald Jr. will be able to knock it out of them.