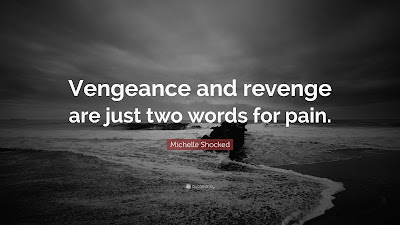 Republicans used to be the party of "law and order." Jennifer Rubin writes:

Republicans, once upon a time, fancied themselves as defenders of “law and order.” The essence of the hackneyed phrase was that the law should be dependable, apply impartially and act as a restraint on those in power. Courts were to respect precedent so individuals and civil society could rely on predictable laws. Unlike dictatorships, where “law” is a flimsy facade that autocrats use to further their interests and to intimidate and confuse opponents, Western democracies, conservatives once boasted, delinked the power of the ruler from the operation of the law, making the latter supreme.

But that's all changed:

Since the disgraced former president took office, Republicans have adopted a different notion of the law. They seek to render it unpredictable, increase the discretion of the state (when their side is in control), and attempt to accomplish what would otherwise be politically untenable through misdirection and harassment.

The New York Times reports on the Texas law banning abortions after six weeks, when many women do not yet know they are pregnant:

Ordinarily, enforcement would be up to government officials, and if clinics wanted to challenge the law’s constitutionality, they would sue those officials in making their case. But the law in Texas prohibits officials from enforcing it. Instead, it takes the opposite approach, effectively deputizing ordinary citizens — including from outside Texas — to sue clinics and others who violate the law. It awards them at least $10,000 per illegal abortion if they are successful.

The result is a law that is extremely difficult to challenge before it takes effect on Sept. 1 because it is hard to know whom to sue to block it, and lawyers for clinics are now wrestling with what to do about it. Six-week bans in other states have all been blocked as they make their way through the court system.

Consider the potential for harassment, spying, extortion and other vengeful behavior directed toward women. The law depends on what a woman’s neighbors, associates and friends know about her reproductive health and are willing to tell the authorities to grab a $10,000 bounty. The possibility of frivolous litigation is hard to quantify.

Texas Republicans lack the nerve to uniformly enforce the law or to defend its constitutionality. Professor Steve Vladeck of the University of Texas tells me, “It’s a deeply cynical effort to both (1) chill conduct that ought to be constitutionally protected; and (2) provide cover for judges to find creative ways to dodge the merits of the constitutional challenge.” This is a law designed not to “protect life” (a farce, given that protecting innocent life has taken a back seat when covid-19 restrictions were at issue), but rather to create fear and uncertainty for women and health-care providers. Will miscarriages lead to a lawsuit from a nosy office worker seeking to cash in on the reward? Will abortion bounties become a weapon in divorce and custody cases? No one knows — and that is the point. The law seeks not to protect the fetus in any systematic way but rather to intimidate women, making them into cash cows for spiteful anti-choice busybodies.

Under Republicans, the law is a tool for vengeance. And vengeance is what Donald Trump is all about.

In the case of this Texas law driven by religious extremists, women are part of the out-group, as they have been ever since Eve was blamed for corrupting Adam. The law does not protect women's right to healthcare services. The religious zealots behind the law are, OTOH, members of the in-group. The law rewards their zealotry and provides no protection from their frivolous lawsuits.

In short, it's a classic law from the people who believe that abstinence is the only acceptable birth control and also that a virgin gave birth.


No discussion of pain and suffering in America is complete without viewing Chris Hedges' address on the rise of cultural and institutional sadism in the United States.

Thanks for the link and video, Mound. I've been looking for Hedges work ever since Truthdig went down.