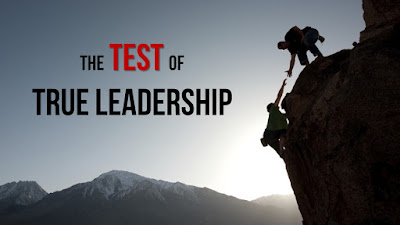 Robert Asselin writes that we have been cursed by what he calls "short term politics:"

It’s my belief that the professionalization of partisan politics — by which I refer to the increasingly sophisticated means used by political parties and apparatchiks to gain or keep power in the modern era — has led to an erosion of substantive debate about policy choices. Even more damaging, it’s exacerbated a tendency towards short-termism in our politics.

According to this worldview, going bold on a set of long-term policy prescriptions is seen as too risky and unnecessary. Instead, the preference is for smaller, micro-policies that are lower risk, easily communicated on social media, and designed to reach key subgroups within the population.

The danger of course is that these “policy” platforms just become collections of focus group-driven policies rather than actual blueprints for governing.

This is happening at precisely the time when the challenges we face require long term thinking:

It doesn’t have to be that way. At their best, election platforms are well-developed yet competing visions for the future. We’ve witnessed it, for example, in 1988 when the Conservatives made the federal election about continental free trade, or in 1993 when the Liberals proposed a clear and well-designed plan for economic growth and deficit reduction.

In each of these cases, economic policy was central as a ballot box issue and the party with the biggest and boldest ideas won.

What's the difference between short-term and long-term politics? Leadership:

Leadership also matters. There must be a role for politicians to help citizens understand the nature of the opportunities and challenges facing us and to put forward concrete plans for the future.

One can certainly argue that we need such leadership now more than ever. We’re coming out of a once in a lifetime economic crisis and there are two immediate traps that we could fall in. The first is to think the sugar-high, consumption-led recovery of 6 percent growth for this year will somehow last.

This upcoming election campaign is a crucial opportunity for such leadership. It should be a chance to discuss and debate competing economic plans and for Canadians to decide which one is best for them and their kids.

We'll soon see what kind of leadership is on offer.

Napoleon believed that leaders deal in hope. So what hope do our current leaders offer?

The Libs are offering "a real plan for the middle class," that puts top priority on more money for middle class families, real action to address the climate crisis, and stronger gun control. More money for the middle class means a $600 tax cut. The climate plan commits to net-zero (whatever that is) by 2050. And stronger gun control will ban assault weapons, which is odd because assault-style firearms are already prohibited. Sorry, a nothing tax cut that starves the government of needed revenue, a climate plan requiring vague action beyond the next term in office, and a redundant gun control bill are not the stuff of dreams.

So what about the opposition?According to the Con home page, O'Toole wants to "secure the future" by recovering jobs lost in the pandemic, ensuring more government accountability, securing mental health, creating a strategic stockpile of PPE and vaccine manufacturing capability at home, and balancing the budget. In other words, he's offering better management, which Peter Drucker defines as "doing things right," rather than leadership, which is "doing the right things." Canadians will find no inspiration in that pablum.

Well, there's always the NDP. The NDP homepage has no platform other than telling the Libs to bring in universal childcare and get rid of for-profit long-term care, which is beyond federal jurisdiction. So, not even a plan to govern. Nice!

OK, well, the Greens at least recognize that "this is a moment that demands daring, courageous leadership." But again, no plan to govern, so no evidence of this leadership, let alone a leader with a seat in the House.

And that, my friend, is the answer to your question of what kind of leadership is on offer - none.

In other words, Cap, leadership is about manipulation of public opinion -- not about actually doing things.

Once upon a time .... even a Conservative occasionally provided leadership with a long term vision.

"Reflections on Duff’s Ditch
Tom Dennis
In the spring of 1997, after the Red River Floodway had diverted floodwaters around Winnipeg and saved the city an estimated $4 billion in damages, an elderly gentleman walked into a Winnipeg restaurant.
“The entire restaurant clientele rose as if one in a standing ovation,” a Maclean’s magazine columnist wrote. The honored gent was Duff Roblin, who, as Manitoba’s premier from 1958 to 1967, had championed the floodway project and seen it through to near-completion.
But what a change the applause represented from Roblin’s time in office.
Back then, as a 2001 story from Manitoba History recounted, “Manitobans were strongly divided as to whether the province could afford the capital costs of a mammoth engineering project that would benefit primarily Winnipeg.”
The project was “vehemently denounced by opponents as a monumental, and potentially
ruinous, waste of money,” the story continued."


Modern politics is malignant. It's the art of taking power and holding on to it. Attention is riveted to the next election cycle. Problems 20, 30 or 40 years down the road are discounted to irrelevance.

Justin Trudeau came to power in a country where even Conservatives wanted Harper gone. He topped that animus with a layer of convincing lies about electoral reform, First Nations reconciliation, battling climate change, enough to win a powerful false majority. His solemn campaign promises went nowhere. He reneged on electoral reform, turned a deaf ear to First Nations and chose to pursue pipelines instead of fighting climate change.

I read this morning that Canada could see an end of 'wildfire season' as we tip into fires year round. Heatwaves, droughts, fires that raze entire towns, dangerous smoke clouds that stretch from central British Columbia to Labrador. You might think our government would be marshalling its resources to prepare us to cope with these threats but it would prefer to squander 20 to 30-billion dollars on pipelines and infrastructure lavished on fossil energy giants. Does that sound loyal to you? Does that seem very 'Canadian'?

That's what short-term politics produces. What do I need to do to protect young Canadians and future generations from an extremely dangerous threat becomes what do I need to do to win the next election? The partisan interest is in powerful conflict to the public interest. Long-term policies inure to the benefit of future citizens and future governments, people who will go to the polls in 2030, 2050, 2080.

Short term rules the day, Mound. Business has adopted the same frame. What matters is the next quarter.