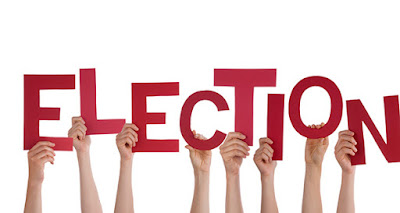 Bob Hepburn believes that now is the time for Justin Trudeau to call an election:

In the last few days, Trudeau has been busy. He announced his choice of Mary Simon as Canada’s first Indigenous Governor General; promised a high-frequency passenger rail line between Toronto and Quebec City; announced in Sault Ste. Marie that his government is giving Algoma Steel $420 million to phase out coal-fired steelmaking; signed an agreement with Indigenous leaders in Saskatchewan to hand over management of child and family services; and met in Calgary with Alberta Premier Jason Kenney and Mayor Naheed Nenshi.

Trudeau insists he isn’t campaigning, but it sure looks like he’s campaign-ready.

If history is any guide, Canadians don't go to the polls during the summer. Fall is the favoured time for elections in this country:

Only three of the 35 federal elections since 1900 have been held in the summer, with votes being staged only twice in July (1974 and 1930) and once in August (1953). The last September election was in 1984, when the Conservatives under Brian Mulroney won a landslide victory. Before that, you have to go back to 1926 and 1911 to find a September vote.

The most popular month for an election is October, with eight being staged since 1900. Next in line are June with seven elections, and November with five.

Perhaps Trudeau is waiting for more news on COVID. But, for Hepburn, now is the time to go to the polls:

If he waits that long, he could miss his ideal window for winning re-election, especially if the economy turns down and COVID rears up again in the coming months, as some experts fear.

If that happens, Trudeau may never get another real shot at forming a government, an outcome that has ended the careers of many overly timid party leaders.

And, despite their slide in the polls, some Conservatives appear to agree. Our local Conservative candidate is out knocking on doors in our neck of the woods,

Email ThisBlogThis!Share to TwitterShare to FacebookShare to Pinterest
Labels: The Next Federal Election

Mea Culpa: I posted much the same over at the Mound of Sound (who seems to be stuck in 2015, believing that voting Lib is the only choice this year. ??)

The premature election that looms ahead feels much like the 'return to school' feeling that haunted the second half of my carefree summers of yore. David Peterson might offer Jr some cautious advice about early election calls. Campaigns matter. Right now, we seem to be carefully celebrating the immediate end of the big lock downs. Interrupting 'my mellow' with an election call could backfire.

If the campaign goes as predicted, Jr & Freeland will grab four years of our future so they can re-arrange the deck chairs on this sinking ship to their advantage.

I will likely vote NDP this time, aiming for a minority steered by the NDP as the best possible outcome under fptp. Yes, Alberta & BC shows that greenwashing/ff development continues when the NDP achieve power. But they are generally 'pure in opposition' and making a lot of sense atm.

You're right, PoV. Campaigns matter that's why it's hard to predict what will happen. Last I looked, Mound was thinking of spoiling his ballot.

"I does seem that, in the context of election choices, we stand at an abyss. The most compelling argument seems to be vote Liberal because they're not O'Toole's Tories. "

That's just what we need right now Owen, a very cynical election which the Libs will win because we will be bribed with our own money. Electorate coming off CERB, Seniors flush with an extra $750 in August (but only for the over75s prompting a charter challenge) and a general sense of who cares.

In my Riding of Northumberland we will face a dick of a Con, an appointed Lib, who nobody knows and a yet to named unknown in the NDP. The Greens have a candidate who thinks he is the answer to everything, and we are all bored by the whole operation (well at least I am).

As you can guess I can hardly wait!

I didn't see that comment. PoV. The comment I was referring to was his response to the implosion of the Green Party.

In our riding == Hastings Prince Edward -- the feeling (I think) is about the same, Ben.

Ben, Ben, Ben, relax. This "bribed with our own money" business. You assume that these lavish promises will be honoured. Have you forgotten this guy's track record? $10 day care? Sure but to qualify you must have different coloured eyes and have triplets born on the 29th of February.

Owen, you're right. I am, at the moment, leaning in favour of spoiling my ballot. I see the Liberals as the default option for most simply because the Tories can't muster up anyone better than O'Toole and their party remains in Reform mode on social conservatism. The best argument the Libs have is "we're not O'Toole" which is also pathetic. I don't expect the Libs or Tories will have much to worry about in Jagmeet. Try as he might the Dippers can't get much traction.

I can't remember when Canada suffered such a paucity of leadership.

At the moment, your reading of things seems pretty accurate, Mound. We'll have to see what gaffes erupt during the campaign.