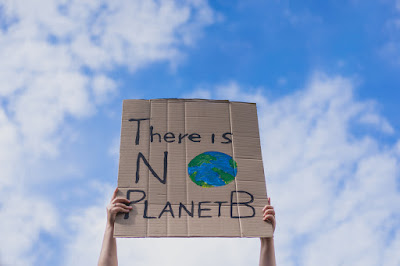 Just as the COVID crisis recedes, Heather Scoffield writes, the next crisis is upon us:

Hundreds of British Columbians are dying in extreme heat — an event climatologists warn will happen with more and more frequency as the planet warms further. Meanwhile, on the other side of the country, environmental groups pointed out on Tuesday that a major natural gas project has lost a key source of financing after shareholders in a French bank voted to limit their exposure to fracking.

And that’s just this week. The momentum of the investment effects as well as the public health effects of climate change seems to be picking up.

The climate crisis is a public health crisis and an economic crisis all at once, and like we saw with COVID-19, our hesitation to deal head-on with the complicated bundle of issues will cost us dearly.

And, as was the case with COVID, climate change hurts the poor and ill-housed the most:

When the pandemic first gripped us a year ago now, vulnerable people were hurt first — seniors, people in crowded homes, the poor. The federal government moved in with billions of dollars in income support and scrambled to find masks, medical equipment and protective gear around the world. But not before the virus took hundreds of lives, hitting low-income neighbourhoods and seniors’ homes especially hard.

The heat wave is hurting the same bunch, taking the lives of more than 200 people in the past few days.

“We are seeing this weather can be deadly for vulnerable members of our community, especially the elderly and those with underlying health issues,” Cpl. Mike Kalanj of the Burnaby RCMP said this week.

In the end, we threw everything we had at COVID. The climate crisis demands the same kind of response. There will be those who will say it costs too much. They're misinformed:

The Parliamentary Budget Officer, Yves Giroux, has just released a new assessment of the long-term state of the country’s finances, and has concluded that the federal government — despite all the pandemic spending — is in fine shape. So are Quebec and Nova Scotia, and even Ontario.

The other provinces, not so much. And as a growing proportion of the population ages and moves out of the workforce, health costs will increase steadily. That imbalance needs to be taken care of, either through increased federal transfers or higher taxes — or both.

We must heed the lessons of the crisis we have just lived through.

The climate crisis is the world's biggest collective action problem, and Covid showed how bad the world is at solving those. After years of neo-liberal indoctrination demonizing any collective response other than corporate, we're ill equipped to deal with crises.

We're lucky that the people who built much of our public infrastructure in the 1960s and 1970s planned for future needs. Now we do the minimum required for current needs. As a result, new hospitals built in the GTA are already too small and the national PPE cupboards were bare when Covid broke out. We continue to build to standards set for a completely different climate and haven't updated building codes to accommodate the foreseeable climate.

Planning for the future means people over 50 accepting that it's not all about us, something we've shown no willingness to do - especially when it would cost us money, but benefit our children and theirs. The self-centredness is truly astounding, and lethal.

I couldn't agree more, Cap. Essentially, we're relying on old solutions to fix new problems. Some values are timeless. But solutions are of their time. As problems change, solutions must change to meet them.


We have two fundamental, and potentially unsurmountable flaws, a severe shortage of vision and courage. If you lack those leadership qualities in good times, you'll be in one hell of a mess when bad times, emergencies hit.

Our federal government, be in Liberal or Conservative, will not concede the link between our petro-economy and the unfolding climate catastrophe. It will not stop shoveling tens of billions of dollars of direct and indirect subsidies to the fossil energy giants. It won't stop constructing its climate-wrecking pipeline.

Unlike his father, Justin Trudeau is myopic and timid and he puts the wellbeing of his Liberal Party ahead of country as and whenever that's required. The Tories would do the same.

We haven't dealt with a real emergency since 1939. The country has grown lethargic, its people turned soft. To us, Churchill's words about nations in crisis sound alien. "Sometimes it is not enough that we do our best. Sometimes we must do what is required." You won't find that wisdom in our playbook. Churchill was speaking about survival. No one in power today has gone that deep. Yet here we are.

Churchill put it succinctly, Mound. We still refuse to do what is required.