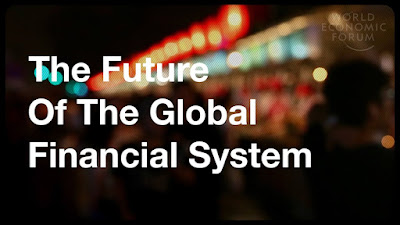 In 1971, the United States was preparing to leave Vietnam. Today, that country is leaving Afghanistan. Peter Coy writes that the Afghan withdrawal signals an important change --  just as important as what happened in 1971:

In 1971 the U.S. was the undisputed leader of the free world. In addition to countering the Soviet Union and China militarily, America anchored the global financial system through a system of fixed exchange rates. To guarantee that the dollar was worth what it claimed in terms of other currencies, the U.S. Treasury promised foreign governments and central banks to exchange their dollars for gold, upon request, at a rate of $35 an ounce.

But the U.S. commitment was under pressure. The Vietnam War was dragging on, and the military process of Vietnamization — the project of handing over responsibility to the South Vietnamese Army — was going poorly.

Partly because of the war, inflation had accelerated, and the U.S. was running uncustomary trade deficits. True, the deficit in goods and services trade in 1971 was just $1 billion, a blip compared to one of $677 billion last year, but dollars were also flowing abroad through investment and aid. Players in the financial markets had begun to notice that the U.S. didn’t have enough gold in its vaults to honor all its obligations if foreign governments or central banks abruptly tired of the dollars they were accumulating.

As in 1971, the United States is relinquishing its role as world leader. Jeffrey Garten, dean emeritus of Yale's School of Management, has written that [The Bank of England, the Bank of Japan and their peers] "were left with hundreds of millions of dollar reserves that, after a quarter century, had suddenly lost their gold backing and were therefore of uncertain value,”

Nixon complained that Japan and West Germany, which the U.S. vanquished in World War II and then helped rebuild, weren’t sufficiently opening their domestic markets to American goods and should shrink their trade surpluses by making their currencies more expensive in dollar terms. West Germany and Switzerland pulled out of the fixed-rate system.

The American Empire is shrinking. And there will be profound changes to the world financial system -- which that empire has underwritten.

Email ThisBlogThis!Share to TwitterShare to FacebookShare to Pinterest
Labels: The Shrinking American Empire

As the late Kurt Vonnegut wrote, "And so it goes."

History repeating itself, Owen. The Roman Empire itself withdrew and their demise was hastened by tribes like the Visigoths and the Vandals. We see the Americans slowly retreating and tribes called Taliban and ISIL nipping at their heels. It took about 100 years for the Roman Empire to collapse. The American Empire is a little more than 100 years and it has been 50 years since the the withdrawal from Vietnam came about. Do they have another 50 years in them? Will there be a Byzantium type civilization emerging from the ashes? I wonder if I will see this in my lifetime.

I'm sure another empire will arise, perfect. It might be China.