The Conventional Wisdom Could Be Wrong 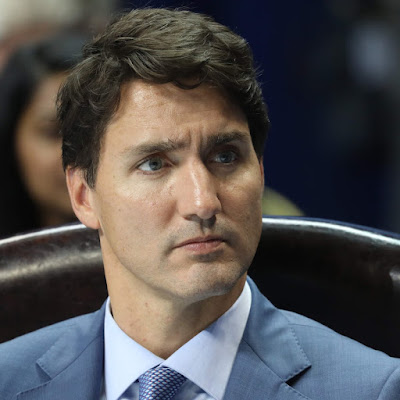 Justin Trudeau rose to power on The Politics of Hope. An old political trope is that Hope defeats Fear. But sometimes, Robin Sears writes, the politics of hope backfires:

Such moments delivered us Mike Harris, Stephen Harper, Doug Ford and Donald Trump. Why? The thread which seems to run through the triumph of angry, divisive and fear-promoting politics is an often sudden loss of belief in the hope promoters — especially if they are long-term liberal incumbent parties, and seen as not having delivered.

Kathleen Wynne, Paul Martin and even Barack Obama were all recent victims of this judgment by their former supporters. Justin Trudeau seems to be on the precipice of becoming the latest hope merchant to overpromise and under deliver. Anger and fear — and the attack politics successfully pioneered by Stephen Harper — work best when there is widespread disillusionment. Governments do defeat themselves, and the impulse to “throw the bums out” can be effectively torqued by savage wedge politics.

As in all things political, the key is timing. That, and reading your target electorate’s mood, expectations and appetite for red meat over what one American friend dubs “gospel politics” — an appeal to unite and fight together to a higher ground.

Sears assumed that hope would once again work for Justin:

Until just days ago, my assumption — and that of most observers — was that the Tories would once again dip into their angry wedge playbook, their comfort zone for more than two decades, and that Trudeau would once more roll out his claim of “sunny ways.”

But, this time around, it's Justin who's angry:

Well, it only took two weeks of campaigning to show how wrong we all were. It is the prime minister who is angry, overhyped and almost wilfully off-putting to some of his most devoted supporters. Astonishingly, it is Erin O’Toole who appears to have mastered the politics of hope and change, stunning his opponents with one more sunny optimistic policy proposal almost daily. He has seized the beau risque strategy, reaching to the centre and ignoring the grumbling of his aggrieved base in Western Canada.

Another trusted axiom is proving its power: Do I believe you? Do I think you are sincere? Do I trust you to fight for me and my family? In other words: who leads in the “authenticity” contest? Jagmeet Singh appears to be winning this matchup hands down. His life story and his powerful advocacy on Indigenous issues, health care and housing appear to ring true to more Canadians, especially the bloc crucial to Trudeau in his first two campaigns: younger voters.

Then there is the contest of affinity, appeal, charisma and modesty. In other words, who wins “likability.” Justin Trudeau appears to be losing it; improbably Erin O’Toole appears to be gaining it, but again Singh is the clear early winner. His cheerful, breezy campaign style, often with his newly pregnant wife at his side, has been infectious.

But it is beginning to feel like Canadians, determined to put their COVID nightmare behind them, are deciding who they will trust to build back better for their families. Humiliated and ashamed by our betrayal in Afghanistan, many are demanding an accounting. Perhaps most important of all, many young Canadians are laser-focused on climate performance, and feel deeply let down by the Trudeau government’s record. They are hungry for an authentic new leader on this file.

There's still a long way to go. But it's happened before. The conventional wisdom could be wrong.

Liberals were in full control of the election timing, but had no answers for "why now?" and "what's the plan?" O'Toole and Singh, OTOH, distributed glossy party platforms outlining their plans. The Liberal platform is still MIA, leaving ministers crossing the country without a coherent message.

Finally, Liberals are missing the key ingredient of past campaigns, the Conservative bogeyman. Unlike Scheer, O'Toole is unequivocally pro-choice. Oppo-research seems to have turned up no skeletons. He has answers to questions on childcare, affordable housing and climate change. Granted, these won't benefit the average voter as much as the Liberal options, but he gets points for bucking his party's Neanderthals and slams the door on the usual Liberal fear-mongering to NDP voters. We'll see if the fear of privatized healthcare has some legs, but so far, O'Toole has finessed it successfully.

This leaves Trudeau running on his party's successful pandemic response, just as Lib leader Rankin did in Nova Scotia. But Con leader Houston won by running from the left to distance himself from the so-cons. O'Toole seems to be hoping the same approach will work for him.

I saw on the news last night that people 35 and under make up 40% of potential voters, Owen. If climate change is a defining issue for them, they will have to look hard to see the leader best representing their interests. As well, with the elimination this election of on-campus voting, one wonders how many will be casting their ballot this year.

O'Toole;e is trying to present himself as a Progressive Conservative, Cap. The question is, "Does he actually represent what his party stands for?"

Young voters could conceivably turn the election results, Lorne. But, if they don't show up, we'll be heading backward.


I didn't vote Liberal in 2015 but Trudeau could have enticed me back into the fold if only he had fulfilled his major election promises - electoral reform first among them. FPTP delivered Justin a majority, albeit a false majority, and he saw a reasonable expectation of extending that travesty into future elections. The media back then saw Trudeau as unstoppable.

The Liberals have fielded three "not ready for prime time" leaders in Dion, Ignatieff and Justin Trudeau. If O'Toole prevails Trudeau will carry the blame. I just don't know if that party can ever be progressive again.

Trudeau may go down in history as the guy with the legendary name he could never live up to.

Living in his father's shadow can't be easy, Mound. Lots of sons have the same problem he has.

" . . . elimination this election of on-campus voting . . . ?" Really? Is this a Republican technique to make it tougher for young adults to vote? Every campus has many, if not most, students who are a long way from home and simply can't zip back just to vote. Covid not withstanding, this smells.

I agree, Toby. Someone fears the young.