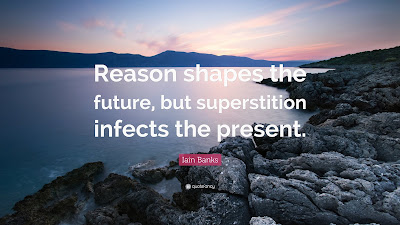 With an election getting underway, Justin Trudeau mandated vaccinations for air and rail travel, also requiring those in federal government jobs to get jabs — not least Liberal candidates looking for work on Parliament Hill.

At Queen’s Park, Doug Ford finally saw his way to cracking down on health-care workers who were falling through the cracks, while ordering all 64,000 civil servants to get vaccinated — including his own Progressive Conservative MPPs and future candidates.

At city hall, John Tory is now practising what he’s been preaching — finally demanding that municipal employees do what he’s been asking his federal and provincial counterparts to do. Now the big banks and insurance companies, after much hemming and hawing, have hedged their risks by demanding vaccinations for their sprawling bureaucracies.

Getting vaccinated used to be a no brainer:

Vaccinations have been saving lives for hundreds of years, they have been settled law for a century, and they have been a prerequisite for generations of schoolchildren (but for special exemptions). The only logical argument for delaying the mandating of vaccines was the lag in delivering them.

What has changed? We live in a time when superstition has overthrown reason. And politicians -- afraid of their constituents -- have thrown in their lot with superstition. Thankfully, some who used to work in government have insisted on the primacy of Reason:

David Agnew is now president of Seneca College, but he once served as cabinet secretary at Queen’s Park. Steve Orsini now heads the Council of Ontario Universities, but he too held the job of Ontario’s top public servant.

It is instructive that both have been so instrumental in demanding action: Orsini by exhorting Ford on behalf of Ontario’s universities this month, Agnew by closing off his campus to the unvaccinated.

Seneca was the first post-secondary institution to require vaccination for students and faculty on campus this summer. What made Agnew roll up his sleeves and take aim at those who won’t?

He reminded me that after running the machinery of a provincial government, he took over UNICEF Canada — a global role that brought him face to face with the life-saving power of vaccines, especially the fight against polio and the pushback from anti-vaxxers around the world. What he learned overseas hit home in Ontario:

“I object to people putting pseudo-science in the way of real science, or treating this as a sterile debate about rights versus the people around the world who are dying or disfigured,” Agnew told me.

That two former bureaucrats had to prod the politicians into action shows just how lumbering our leaders have become in mid-pandemic. That the private sector is lagging behind the public service in securing our workplaces is a sad sign of timidity in an emergency.

It is vital that we insist on the primacy of Reason. If we don't, we'll be lost.

They want the status and the paycheque, but not the responsibility that comes with it. They lead from the rear, deciding to go whichever way the mob is heading. In the end, our "leaders" lose whatever appeal or authority they may once have had. A weak leader if ever there was one, Trump got booed at his rally yesterday after telling his supporters to take the vaccine. In the end, we have crackpots and looneys calling the shots.

When crackpots call the shots, Cap, a crackup is just around the corner.