The Blame Game - A Social Nightmare 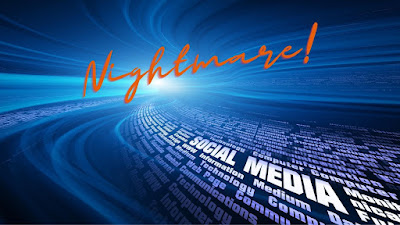 For all of the leading participants in our long national nightmare, everyone else is to blame. The rhetoric of the right is an upbeat blend of buck-passing for today’s crises – caused by Labour governments of the distant past, naturally – and cheerful fatalism about the disasters that await in the future, when we will simply have to suffer what we must. Those who used the language of treachery and putsch to describe anti-Brexiters are now appalled at the “divisiveness” of social justice protests.

Meanwhile, the leading voices of the sensible liberal centre, infuriated by the antics of these shifty charlatans, are similarly preoccupied with pinning the blame on everyone else for their repeated failure to defeat these shifty charlatans. Notorious “spinner” of the truth Alastair Campbell blasts Boris Johnson for lack of a “moral compass”, as this era of hard-Brexiting Tory supremacy becomes the exclusive fault of Dominic Cummings and his liars. Others, such as Peter Mandelson – a man who was forced to resign from the cabinet twice – blame loss of voter confidence in Labour on Jeremy Corbyn and his Lexiters. These are the same people who brought us the Iraq war, and whose primary political project in recent years was the hopeless campaign for a second referendum, which barely laid a glove on the Conservatives while it pummelled Labour.

The fact is that many people let this happen. And that means that voters share a lot of the blame:

Bad ideas produce bad politics. And, when people can't distinguish between good and bad ideas, you get a social nightmare.

The ironies of Brexit never end. What began as an informational plebiscite somehow morphed into a binding referendum. 'Leave' campaign finance irregularities were detected, confirmed and ignored. The Cambridge Analytical rigging was exposed, including the roles of Americans such as Mercer and Bannon, and ignored. Investigations underway were quietly shelved before any action could be taken.

The referendum was a scam but the plebs draped their bunting and waved their Jacks in boastful pride and now wonder why they're not relaxing in an economic paradise.

Dr. Johnson understood the phenomenon, Mound. In Britain -- and just about everywhere else -- patriotism is the last refuge of a scoundrel.

Brexit was sold on lies. As James O'Brian pointed out, there were at least five versions of Brexit on offer, ranging from the status quo ante with more control over immigration to a more advantageous trade association with the EU. The risk of crashing out without a deal, or with a bad deal, was poopooed. In the end, Brexit meant different things to different people. To conclude that those in favour of Brexit all agreed to what eventually happened is nonsense.

In short, the Brexit mess could have been avoided had Britain paid attention to Canada's referendum experience and followed the advice of our Supreme Court requiring a supermajority in favour of a clear question on sessession.

Brexit is a superb example of political malpractice, Cap.

The logical end-game to Brexit is the demise of the 'United' Kingdom and three new countries:
a United Ireland, an independent Scotland and a very shopworn England.

That may, indeed, be the final result, PoV.