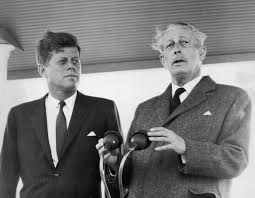 Afghanistan has once again bulldozed its way into a Canadian election. Robin Sears writes:

Midcampaign, on Oct. 12, 2008, CBC journalist Mellissa Fung was kidnapped in Kabul. And on Sep. 2, 2015, again midcampaign, a photograph of the body of a Kurdish refugee child named Alan Kurdi lying on a Turkish beach shocked Canadians.

The death of three-year-old Alan touched Canadians’ hearts, and cast a spotlight on how little compassion Stephen Harper’s government had shown in its refugee policy, especially toward Afghan refugees. Alan’s Canadian relatives expressed their hurt and anger. The Conservative campaign team was knocked off stride for several days.

Once again, Afghanistan has changed the political calculus:

The collapse of the regime in Kabul — literally as this election was being launched — seems likely to play a more significant role in the outcome than any of those previous incidents. The government has known for more than four months that the Americans would be pulling out of Afghanistan after more than 20 years, thousands of American deaths, tens of thousands of casualties and the waste of more than a trillion dollars. Yet it was only a few weeks ago that Justin Trudeau’s government outlined a vague plan to help extricate the thousands of Afghans who had supported Canadian troops in their 12-year campaign — one where more than 40,000 Canadians served, thousands were casualties and 158 died.

Scrambling after his election call, Trudeau announced that Canada would admit 20,000 Afghan refugees. No guarantee was offered to those Canadian supporters still in Afghanistan, however. It was an attempt to repeat his 2015 campaign success, when he opened Canada’s doors to tens of thousands of Syrian refugees and received wide praise.

This time is different: we have no ability to ensure that the interpreters, drivers and guides who worked closely with our troops and NGOs in Kandahar and elsewhere can get out. We are at the mercy of the Taliban and the Americans, and access to a single-runway airport. On Thursday, Defense Minister Harjit Sajjan announced that flights will resume “shortly.” But the prime minister said hours later that getting out all those Afghans with a Canadian connection would be “almost impossible.”

This is beginning to look like an opportunity for Erin O’Toole and Jagmeet Singh to use this disaster as a wedge to attack the Trudeau government’s often shambolic international relations record more broadly.

Nanox is out with a new poll this morning, suggesting that there is one percentage point separating the Liberals and the Conservatives, while NDP numbers are rising.

Afghanistan could be a significant reason for Justin Trudeau's defeat. As Harold Macmillan told John Kennedy, "Events, dear boy" can change the outcomes of elections.

From that and a note about Canadian Forces flights into Kabul that I noticed in a US blog, it looks like we had an evacuation operation running before the fall of Kabul.

I doubt very much that the situation in Afghanistan will have much impact on the election. Not enough Canadians care and the Con base certainly doesn't want to take in scary brown Muslims. The Cons are being hypocritical since it was Harper's job to extract friendlies when we pulled out in the first place. And the media just wants to pin the loss of Afghanistan on Trudeau/Biden.

Canada turned over control of Kandahar to the Americans in 2011, and our remaining forces took on training roles in Kabul. The interpreters, drivers and other locals who had collaborated with Canadians went on to work for the Americans and became their responsibility.

Harper pulled Canadian forces out of Afghanistan entirely in March 2014. We should have assisted friendly Afghans to resettle in Canada at that point. Sending Canadian forces in to assist now is going above and beyond. This issue will be forgotten in a week as the media moves on to the next big thing.

That's interesting, jrk. If true, it means we were trying to be proactive.

I predict another minority parliament Owen, however which of the three main contestants will be the government and which will be the official opposition is anybody's guess. The only sure thing is that they all will make promises they cant or wont keep and trash the other guy in an election that we did not really need!

You may be right, Cap. Still, it's interesting how the unexpected plays a role in elections. A principal I worked for used to say, "Disruption takes precedence."

At the moment it looks like another minority government, Rural. But, like you, I have no idea who will have the most seats.

We should keep in mind that Donald Trump signed the agreement with the Taliban that gave them too much control too soon. And, then he didn't do anything.

He set this in motion, UU. And -- like everything else has touched -- he screwed it up.