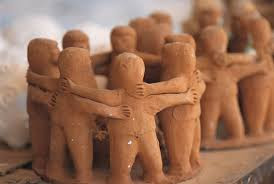 Speculation is rampant that, within the next few days, Justin Trudeau will call an election. Polls suggest that the Liberals have a comfortable lead. So, from their perspective, this may be the time to hit the hustings. But we live in a precarious time. Glen Pearson writes:

Twenty years ago, there was a clear sense that the world, and Canada, were heading to a better place.  The economy was solid and technological development convinced us that we now had powerful tools to drive the change for the better.  There were problems, but we were in the process of overcoming them.

No one is sure of that anymore.  Rightly or wrongly, increasing numbers of Canadians believe this country is in decline and that elections just don’t seem capable of fixing the problem.

This is the backdrop that the next election will be set in.  The days of hope, while we still wish for them, seem somehow to be moving out of reach.  We have numerous causes but no cause, millions of voices but no voice.  Every viewpoint counts for something, but if it can’t respect those it opposes, or seek to find common cause for building something better, then millions of voices can merely become a din.

If the election merely increases the din -- lots of sound and fury signifying nothing -- things will only get worse:

If this coming election can’t carry a different tone, a more heartening sense of cooperation, then it won’t matter who wins if they can’t put this country back together again on a common path.  Make this election about that, and it will be an election that truly matters.

Over the last three decades, we have become increasingly selfish. The election could result in a more collective vision. If it doesn't, we'll be in a bad way.

I think it's fairly obvious that the election, if called, is all about Trudeau getting a majority government. Unfortunately, it won't be about making Canada a better place to live.

That's what I fear, Gordie. I'd like to think I'm wrong.

Owen, have you met anybody on the Street that wants an election? Why are we being pushed into positions that just give us more "fatigue"/

That's a really good question, Ben. My sense is that people are prepared to wait until the pandemic is over.

I got the latest data from Angus Reid in my mailbox this morning. They show the Libs with a 5 point lead, 35 to 30, over O'Toole's Cons. As usual the Cons have a strong showing in the prairies which translates into fewer seats elsewhere. The Libs are strong in Ontario, Quebec and the Maritimes but hold a shaky 2 point lead in BC where all parties will really have to fight for seats.

It's hard to imagine another country where 35 per cent support equates to 100 per cent power. We've seen how this fails the country and our people.

The good news is that climate change is the top priority with healthcare in second place, ahead of Covid and the economy.

With the pace at which climate breakdown is worsening I find politics somewhat pointless. Power seems destined to remain in the hands of one gang of petro-pimps or the other. Either way we're screwed.

That's not an encouraging prospect, Mound. It sounds like we're doomed.

That dipshit "MOntreal Simon" is a good bellweather for understanding the Liberals' mercenary intentions. He's been champing at the bit for an election after the polls switched from a possible Con minority to a Liberal majority. (When the Cons looked like they were threatening election talk, "Montreal Simon" was quick to castigate them for their reckless selfishness.)

This is about letting Trudeau try for another majority. In all honesty, I think this would be yet another instance where Liberal hubris got the better of them. Justin is going to fall apart on the hustings and come back with a significantly reduced minority.

That could, indeed, be the outcome, thwap. I'm making no predictions.

Who shall I vote for? None of the parties take climate change seriously. The Cons have a streak of meanness which is rather ugly. The Libs are unbelieveable; the record shows that Trudeau's campaign promises are piffle to be ignored. The NDP is pretty much all over the place without focus. The party which should be about the environment, the Greens, has ditched climate in favour of identity politics. What am I left with? Nothing. I want an option for "None of the above."

I have to wonder, Toby, how many other Canadians feel as you do.

Be prepared for an extremely low voter turn out that gives Trudeau a " mandate' to do what ever the fuck he wishes.

@ The Disaffected Lib
Well there is always the Bloc. I wonder how hard it would be to get a candidate registered in Ontario?

With the pandemic resurging, that may be exactly what happens, TB.

The Bloc could be a Wild Card, jrk.

Ditto to the "None of the above". Does any real sane person read MS anymore with his insults to posters and his sickening love of JT? I still feel that a "none of the above" would be both a true protest vote and strategic, as someone might sit up and take notice.

As I say, zoombats, I'm making no predictions.