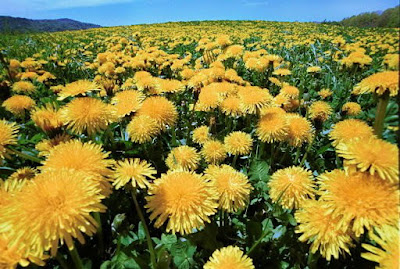 Among the vaccinated, rage against the unvaccinated is building. Paul Krugman writes:

It’s possible to have sympathy for some of the unvaccinated, especially workers who find it hard to take time off to get a shot and are worried about losing a day to aftereffects. But there’s much less excuse for those who refuse to get their shots or wear masks for cultural or ideological reasons — and no excuse at all for MAGA governors like Ron DeSantis in Florida, Greg Abbott in Texas and Doug Ducey in Arizona who have been actively impeding efforts to contain the latest outbreak.

So how do you feel about anti-vaxxers and anti-maskers? I’m angry about their antics, even though I’m able to work from home and don’t have school-age children. And I suspect that many Americans share that anger.

The question is whether this entirely justified anger — call it the rage of the responsible — will have a political impact, whether leaders will stand up for the interests of Americans who are trying to do the right thing but whose lives are being disrupted and endangered by those who aren’t.

This isn't about personal freedom. It's about license:

Furthermore, to say something that should also be obvious, those claiming that their opposition to public health measures is about protecting “freedom” aren’t being honest.

Most notably, ever since masks became a front in the culture war it has been clear that many opponents of mask mandates aren’t merely demanding the right to go unmasked themselves — they want to stop others from acting responsibly. Tucker Carlson has called on his viewers to confront people they encounter who are wearing masks, and there have been scattered reports of violent attacks on mask-wearers.

For decades, conservatives have insisted that business owners should have the right to do as they please — to hire and fire at will, to deny service to whomever they choose. Yet here we have Abbott threatening to pull the liquor licenses of restaurants that ask for proof of vaccination, even as Texas runs out of I.C.U. beds.

Conservatives have also championed local control of education — except, it turns out, when school districts want to protect children with mask rules, in which case MAGA governors want to seize control and cut off their funding.

So the friends of Covid-19 aren’t motivated by love of freedom. I could offer some hypotheses about their real motives, but understanding what’s driving these people is less important than understanding how much harm they’re doing. That goes double for politicians who are cynically playing to the anti-vax, anti-mask crowd.

It is interesting to see that Chatham-Kent-Leamington MPP Rick Nicholls just got booted from the PC caucus for not getting vaccinated. Dougie seems to be taking things seriously.

I think we are not as crazy on this subject as the USA which has turned masks and vaccinations into a political issue but we still seem to have too many not vaccinated. We are up to 78.4% with both shots.

That's a good percentage, jrk. But we still have a ways to go.

As the old saying goes, “Your rights end where his nose begins.” There is no right to infect others with a deadly disease. People have been jailed for not taking precautions to avoid spreading HIV/AIDS. Arguing that condoms are against your religion doesn't help and no MD will give you a medical exemption. Yet somehow mask wearing in a pandemic is different. Why?

Healthcare professionals, especially those working in hospital and long-term care, received priority access to vaccines. Yet some are still unvaccinated. We don't allow them to work without being up-to-date on tetanus and all the childhood immunizations, so why do we put up with Covid vaccine hesitancy? And how do you argue a religious or medical exception when you've taken all the other shots? Why do we even give that garbage the time of day? The lack of political and business leadership is disturbing.

We have a long-accepted policy of requiring vaccinations in our society, Cap. COVID should not be an exception. It's a matter of life and death.