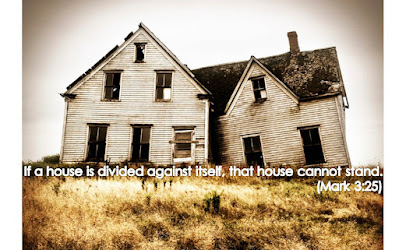 The Conservative Party of Canada is fracturing. That split was on display on Canada Day. Andrew Perez writes:

Last month, the federal Conservative Party’s two most prominent figures released videos celebrating Canada Day that were at complete odds with one another.

Candice Bergen, the party’s deputy leader, also released a Canada Day video that could not have been more unlike O’Toole’s in both symbolism and substance. Flanked by Canadian and Royal Union flags, Bergen used her video to unleash a divisive culture war.

Yesterday, O'Toole was in Belleville, Ontario, claiming that Trudeau's Liberals have forgotten rural Canadians and his party will change all of that. But, despite the rhetoric, the divide is also glaringly apparent when it comes to policy:

There are also stark policy cleavages that over the past year have bitterly divided O’Toole’s Conservatives into two broad camps. Three fundamental disagreements have emerged among the caucus and grassroots that touch upon core social, environmental, and economic policies.

On social policy, over half of the Conservative caucus voted against the Trudeau government’s Bill C-6 to ban gay conversion therapy — a barbaric practice designed to forcibly change a person’s sexual orientation, gender identity, or gender expression. The government bill exposed a deep rift in O’Toole’s caucus when 62 MPs opposed the bill at third reading, while 57 MPs supported the legislation. Although O’Toole and his more progressive colleagues supported the bill, Bergen and several prominent members of O’Toole’s shadow cabinet opposed the legislation, arguing it would criminalize normal conversations between children and parents regarding sexual orientation.

The vote results sent a torpedo through O’Toole’s caucus, fuelling a public relations nightmare for the party on social media. The vote also split the caucus along urban-rural lines outside Quebec, with a majority of Tory MPs from urban and suburban English Canada supporting the bill, while their rural counterparts overwhelmingly opposed the legislation.

On environmental policy, the caucus and grassroots have become bitterly divided over O’Toole’s pledge to include a carbon price on consumer fuels in the party platform. Climate policy experts have praised the climate plan as credible, but many veteran party activists derided the plan’s carbon savings account as a bizarre, administratively complex mechanism concocted for purely political reasons. The policy, styled as a “carbon levy,” has become a difficult pill for Conservatives to swallow.

So, can a house divided against itself withstand an election? We'll soon find out.

Image: In My Own Words

Email ThisBlogThis!Share to TwitterShare to FacebookShare to Pinterest
Labels: The Conservative Divide

There is a good piece by John Ivison today that captures the divided nature of the Conservative Party, Owen. https://nationalpost.com/news/politics/john-ivison-showing-erin-otoole-a-path-to-victory

The hostile takeover of the PCs by Reform has always been a shaky structure. Harper held it together with an iron fist, but now that he's gone, it's riven by factions - urban vs rural, social conservatives vs economic conservatives, western separatists vs the rest of Canada, reality-based vs conspiracy-based, white supremacists vs conservative immigrants, and so on. After the next election, O'Toole will disappear like the morning dew. The party's in limbo waiting for the next great grifter to take charge.

The fracturing into a bunch of minor parties bitching and blathering about each other accelerates.

First it was Mad Max referred to in that old time restaurant chant: Party of One.

Now we have Derek Sloan still rubbing his ass where the big boot hit wants to form his own party where he will become the Alone Ranger.

Petey is now trying to get people to forget his place in the CPC ( no not Communist Party of Canada ) and is positioning for the departure of the errant old guy when he expects to be coronated . PP's Party of Partriachy probably.

There are plenty of recruits ready to form splinter parties , the Ragged Individualist Party probably , on the prairies.

Concervatives are about to live in interesting times.

An interesting piece, Lorne. We live in the Bay of Quinte riding. O'Toole claimed that we were a "hidden gem." Judging from the Quebec license plates and the French you hear on the streets, it's a safe bet that we're hidden no more.

Preston Manning did more than anyone to hand Jean Chretien majority wins. With the redneck contingent voting reform the right succumbed to a civil war. The PCs never recovered from the post-Mulroney collapse. They fell back on weak leaders incapable of uniting the right - Charest, Joe Clark, Elsie Wayne, Peter MacKay. Harper demanded they submit and MacKay did just that.

Thanks to inept Liberal leaders such as Dion and Ignatieff, Harper rode to power. He even won a majority term. However the emergent Conservative Party remained with open redneck sores and at odds with mainstream Canada.

Prairie populism still doesn't sit well with central and coastal Canada. Rempel is just another shit-kicking redneck reminding us of what lurks inside the Conservative Party. O'Toole has as much charisma as Dion. The Tories are reduced to a party of narrowly held grievance.

Angus Reid finds that Trudeau's Liberals lead O'Toole's Tories by a margin of 35% to 30%. With Tory support disproportionately concentrated in the prairies that can translate into a false majority for Trudeau. The Libs will again crow that a 35% vote share is a clear mandate to do as they damn well please and the country will languish again.

They already live in interesting times, rumley. They just don't know it.

The obvious solution is proportional representation, Mound. But the obvious is just too difficult to deal with.

That we judge our political party affiliations upon Trudeau's stand on gay conversion therapy vs the conservative dislike of such says much of Canadian politics as the world around us burns!
Has deflection politics reached it's end in Canada?
That real issues are not been discussed reminds me to spoil my vote.

I'm getting the impression, TB, that lots of Canadians feel as you do.