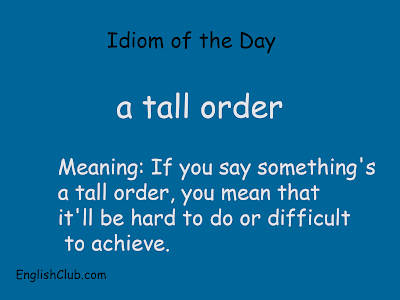 William Rees writes that, as we consume the latest IPCC report on climate change, we need to remember that the biggest problem we face is ecological overshoot:

Ecological overshoot means there are way too many people using vastly too much energy and material resources and dumping too much waste.

In more technical terms, humanity’s consumption of even renewable resources and our production of wastes exceeds the regenerative and assimilative capacities of the ecosphere. This is the biophysical definition of “unsustainable,” and a harbinger of pending systems collapse.

Few politicians have even heard of overshoot. They are dedicated to the old economic model:

One obvious earplug is the neoliberal economics dominant in the world today. Its adherents assume that:

The economy is separate from, and can function independently of, the biophysical “environment.”

Important relationships between variables change predictably and if they deviate from desirable comfort zones, can be reversed.

Damage to ecosystems or human communities (i.e. intangible factors not reflected in market prices) are mere “externalities,” tolerable if they don’t impede growth.

All of these so-called bedrock principles are false. We need a new economy founded on different principles. We must:

Formally recognize the end of material growth and the need to reduce the human ecological footprint.

Understand that our growth economy is utterly dependent on abundant cheap energy, which is coming to an end.

Admit that modern renewables — wind turbines, solar panels, hydrogen — are not renewable, are themselves dependent on fossil fuels and have virtually no possibility of quantitatively replacing fossil fuels even by 2050, if ever.

Recognize that equitable sustainability requires an economic levelling; that is, fiscal and other regulatory mechanisms to ensure redistribution of income, wealth and opportunity among and within countries. Greater equality is better for everyone.

Enact polices that lead, fairly and without coercion, to a smaller global population, such as education, access to birth control and economic independence for women. The challenge is great, given that models show about two billion people could live comfortably indefinitely within the biophysical means of nature.

Implement measures including pollution and resource depletion taxes to internalize costs and move society closer to full social cost pricing.  This would blunt current steeply rising levels of consumption in the developed world, the greatest contributor to overshoot.

Getting the general public to accept these principles is a tall order. If anything, COVID has made abundantly clear how difficult achieving such a new economy will be.

Email ThisBlogThis!Share to TwitterShare to FacebookShare to Pinterest
Labels: A New Economy

This is so true, so true. There is an old saying, "waste not, want not. Anyong

It's an old truism, Anyong. But we have a lot of trouble with truth these days.

The needed change won't happen, Owen. At least not in time and not without casualties.

We've got about a billion people in the developed world burning through resources like there's no tomorrow, two billion more looking to join them, and five billion using sticks and dung for heat. The developed world will not give up its lifestyle and has the power to keep things that way.

The wild card is nature itself, which doesn't give a damn about money. The developed world is starting to notice - about 50 years too late!

Like for those who have not been vaccinated, Cap, the epiphany has come too late.

I had to visit my original blog to find my earliest post on Overshoot. It fell on October 9, 2006 - Thanksgiving Day.

Overshoot first became a thing in 1987.

"As humanity’s consumption of resources increases, World Overshoot Day creeps earlier on the calendar. Humanity’s first Overshoot Day was December 19, 1987. By 1995 it had jumped back a month to 21 November. Today, with Overshoot Day on October 9, humanity's Ecological Footprint is almost thirty per cent larger than the planet’s biocapacity this year. In other words, it now takes more than one year and three months for the Earth to regenerate what we use in a single year."

Jared Diamond, in his book "Collapse," states the obvious. When you're confronted with multiple existential threats you either resolve all of them or none of them. If fire breaks out in your house it avails you little if you put all your efforts into taming the fire in the kitchen while the rest of the house is consumed in the flames.

How often do you hear a discussion about the perils of ocean acidification? Yet that is believed responsible for most of the mass extinctions over the millennia. Paleontologist Peter Ward explores Earth's extinction events in "Under a Green Sky."

One week ago we were warned that the Atlantic Conveyor could be on the verge of collapse. Sounds like Peter Ward was onto something.

You've been writing about this for a long time, Mound. But our movers and shakers have not been interested. And the world gets hotter -- much hotter.

1:31…. I remember reading this blog. I began reading the Mound’s blog in June of 2006 while teaching in South Korea. Not much has changed regarding Climate Change since that time. Except South Korea has solar up and down the sides of mountains and everyone drives a Hybred.Anyong

One of our sons teaches English in South Korea, Anyong. He says that, in many ways, the South Koreans are much more attuned to the future than we are.

I actually taught at a University from1998 until 2011. It was a wonderful experience as it opened my eyes. As President Noh, Moo-Hyun said to me, his concern was totally for the stability of the Korean people and thereby the stability of South Korea. I quote: “Healthy Koreans, healthy Korea. Educated Koreans, Educated Korea. Employed Koreans, Employed Korea.” We do not know the first thing about the collective. For Canadians to call Canadians second class citizens because they “may rent” is repulsive to me and smacks of total ignorance. Anyong

Our son teaches at a community college in rural South Korea, Anyong. Occasionally, he goes to Seoul. He says the public transportation system there is much, much better than our own.

Yes indeed...we do not have anything that is close to South Korea's system of transport. I was in South Korea the first of November 2019 when we learned of a terrible new lung problem. It is amazing the news is reported by the local Arirong English tv, BBC, Wella Germany, China, Singapore, ABC Austraila, CNN...and an all day Classical Music tv station for 54,million people. I was asked to do so much as I am a classical trained voice. I loved teaching Korean history in English as well as English and loved living there. And, all the traveling . I
experienced a nasty slump upon my return to Canada and living in Alberta did not help. Anyong

We lived in Alberta 38 years ago, Anyong. We left because one of our children needed special medical attention from The Hospital For Sick Children. Ontario has its problems. But the problems you face in Alberta are tougher to solve than the ones we're facing.