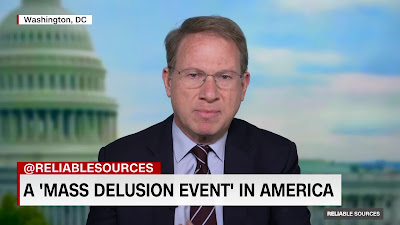 There is a deeply unsettling through-line on the Right between COVID and Climate Change. Paul Krugman writes:

On Monday the U.N.’s Intergovernmental Panel on Climate Change released its latest report. The conclusions won’t surprise anyone who has been following the issue, but they were terrifying all the same.

Major damage from climate change, the panel tells us, is already locked in. In fact, it’s already happening, as the world experiences extreme weather events, like heat waves in the Pacific Northwest and floods in Europe, that have been made far more likely by rising global temperatures. And unless we take drastic action very soon, catastrophe looms.

We can, however, safely predict how influential conservatives will react to the report, if they react at all. They’ll say that it’s a hoax or that the science is still uncertain or that any attempt to mitigate climate change would devastate the economy.

That is, they’ll react the same way they’ve reacted to past warnings — or the way they’ve reacted to Covid-19. Extreme weather events probably won’t change anything. After all, Republican governors like Ron DeSantis in Florida and Greg Abbott in Texas are still opposing virus-control measures — not just refusing to act themselves but also trying to block vaccine requirements by local governments and even private businesses — as hospitalizations soar.

The biggest problem for conservatives is that the solutions for both crises can't be found in the free market:

Businesses may have protested lockdowns that reduced sales, but as far as I can tell, corporations are eager to see maximum vaccination, which would help them get back to business as usual, and a growing number of companies are imposing their own vaccine mandates.

And even die-hard libertarians generally admit that promoting vaccines to stop a plague is a valid role for the public sector.

Covid denial has turned out to be even worse than climate denial. We’ve gone from cynical catering to corporate interests to aggressive, performative anti-rationality. And the right’s descent continues, with no bottom in sight.

The truth is that the right has been worshipping a false god for a long time. Its solutions don't work. And, so, it has retreated into fantasy. The problem is that the fantasy is deadly.

Email ThisBlogThis!Share to TwitterShare to FacebookShare to Pinterest
Labels: Delusion On The Right

It's got to the point where consumers of right-wing media can no longer converse with the rest of us. There's simply no way of agreeing on basic facts. They live in a hermetically sealed info bubble, where every other source of news, including inconvenient video evidence, is labeled fake. Even their leaders spend the day huffing their own farts. It's no wonder they can't think.

And, from their perspective, Cap, those people who do think are enemies of the state.

there will be blood

Thanks for the link, PoV. Things will get nasty.