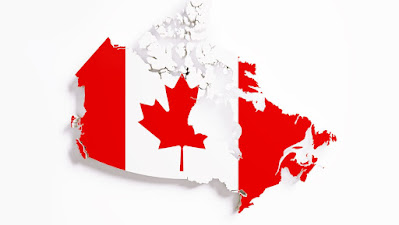 Justin Trudeau’s Liberals and Premier Doug Ford’s Progressive Conservatives will be keeping the peace for the Sept. 20 election, the Star has learned.

In sharp contrast to the 2019 campaign, when Trudeau attacked Ford on an almost daily basis — and the provincial Conservatives were fighting the Liberals in court — the two leaders will not be fixated on each other.

Senior Progressive Conservative officials confirm that there have been productive informal conversations with the governing Liberals on the shared priorities of the two leaders — and keeping their powder dry.

During the COVID crisis, the federal Liberals and the provincial PCs established an alliance. In this election, they will live by the principle of peaceful co-existence. Traditionally blue ridings will probably remain blue. The question is whether traditional Liberal ridings will vote for the Dippers.

I assume Alberta, Saskatchewan, and Manitoba will remain blue.

In Quebec, the election seems to revolve around the notion that the Libs can take back seats from the BQ. It's been a long while since I lived there, so I can't claim to know what things are like on the ground.

Similarly, I have no idea how things will turn out on both coasts. I would appreciate hearing from readers on either coast.

And, so, the calculations begin.

I'm not surprised that Ford declared a truce with Trudeau. Trudeau's been covering for Ford's blunders throughout the pandemic. Most recently, Ford painted himself into a corner by declaring there would be no Ontario vaccine passports. That pleased the FREE-DUMB!! crowd, but not the business lobby. Ford ended up pushing all his chips behind the federal vaccine passports to avoid an embarrassing about-face.

Trudeau's more likely to tar O'Toole with the criminal negligence of Curly and Moe in AB and SK. JT's got nothing to lose by going after those two clowns, since, as you say, the prairies are likely to remain blue in any case.

I suspect that Kenney will be this election's Doug Ford, Cap. I have no idea what that will mean nationally.

Albertans will continue to vote Reform-Con even if they have not had a premier who believed in continuing the practice of ADDING to their Heritage Fund rather than plundering it. Now, surprise! surprise! they have no money and the day of the oil $$$ revenue is slowly receeding.

In other words, the "day of the hay" is history. To-day's Tories are full on Reformers with a few traditional Progressive Conservatives thrown in. I guess when you've been "vaccinated" with a conservative phonograph needle at birth, there's no alternative thinking allowed.

I do wish those forward-thinking folks in Alberta a hearty "good-luck" as they will need it in the coming days and years to come.

It's going to be a rough road ahead for Albertans, Lulymay.

Then again, the Libs began as a distant third in 2015 with the NDP at Harper's throat. We may not like Trudeau but even Conservatives loathed Harper in 2015.

God help us if we get a Conservative minority, Mound.