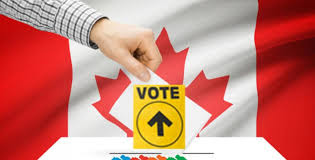 The scuttlebutt is that, on Sunday, Justin Trudeau will call an election. Tom Walkom writes the plan could backfire:

The Liberal government does not need a new mandate. The old one, as expressed just months ago in the throne speech and budget, is supported by a majority of MPs in the minority Parliament.

Certainly, the government’s minority status has not prevented it from taking bold action against the coronavirus.

Nor has it stopped the government from introducing one of the most significant new social programs in decades — a national child-care system.

With the support of the New Democrats and the Bloc Québécois, the Liberal minority government has spent billions.

The polls, however, say the Liberals have a not insignificant lead. And power attracts politicians as a flame attracts moths. That said, if Trudeau does go to the polls, there are two wild cards in the hand he draws:

In this campaign, the pandemic is the wild card. The Liberal government can argue convincingly that its strategy worked — that its procurement policy produced enough vaccines to inoculate every eligible Canadian.

But all that could go for naught if Canada is hit by another wave of COVID-19.

It will be hard to argue that the government’s pandemic strategy is a success when people are dying from the fourth wave. And if the experts are right, we are on course for that wave, one dominated by the virulent Delta variant of the disease.

The other wild card is Erin O'Toole:

O’Toole is the other wild card. Polls show him well behind Trudeau in popularity. The election call gives him the chance to reverse that.

Many have dismissed O’Toole, arguing that the Conservatives are too badly split to provide him the support he needs.

They forget that the desire to oust the hated Liberals unites Conservatives of all kinds. They also forget that in the last election, even when saddled with unpopular leader Andrew Scheer, the Conservatives came within striking distance of power.

O’Toole has been mocked for pitching to unionized workers. His critics forget that many rank-and-file trade unionists are already small-c conservative and thus open to such blandishments.

I have written that, if there is an election, I will make no predictions. I see no reason to change my position.

Email ThisBlogThis!Share to TwitterShare to FacebookShare to Pinterest
Labels: An Elexction?

I agree, Owen. Polling shows the Libs as the current leaders, but not consistently in majority territory. Add to that the tendency of incumbent Lib governments to wane in support over the course of a campaign, and another minority government is a likely outcome.

As Walkom points out, NDP and Bloc support has allowed the Libs to pass their agenda. But Trudeau would prefer to do that without accountability, hence the coming election call. But what happens to Trudeau's support within the party if they don't come away with a majority? It's a risky call that may backfire.

I do know that hacks who worship Justin Trudeau and Crystia Freeland will hypocritically wail about "vote-splitting" helping the Cons when it is THEY who are to blame for that even being a possibility.

Exactly, Cap. Politicians -- like the rest of us -- should be careful what they wish for.

There is no convincing reason Trudeau can give for calling an election mid-way through his mandate, Owen. It's the usual Liberal arrogance, and his assumption that it is okay to play with electors' lives during Covid is chilling.

No predictions? Where's the fun in that? ;-)

Can you post the numbers from your riding. I didn't think the PPC got enough anywhere to actually impact the outcome in 2019. Perhaps you could infiltrate the party for us and run in your riding? ;-)

I had guessed that the split on the right is growing, as our friend Ezra at the rebel and his ilk, are attacking O'Fool from the right.

It's a pattern that keeps repeating itself, Lorne. Perhaps it's genetic.

The Conservatives were split the last time, PoV -- particularly in our riding. The poet Al Purdy wrote a poem about where we live. "Conservative since the Stone Age," he wrote. The question of how badly they're split this time will soon be answered.

The commentariat is virtually unanimous that this election will be won or lost on the Covid-19 issue. As I sit indoors, my windows shuttered, for Day 2 of Heat Dome, Chapter 2 I think a Covid election is farcical. It's a distraction from an existential threat none of the party leaders wants to raise, the worsening climate crisis.

O'Toole is an avid supporter of the fossil energy economy. Justin says nice things but his hypocrisy grows with each length of pipeline his government pays to construct. Jagmeet won't court controversy. If this was 20 years ago their indifference would be understandable but we've squandered those 20 years and are poised to see our remaining options foreclosed.

This is a genuinely existential threat that's not even on the political radar with an election in the offing. What have we become?

Surely it isn't only Democracy Watch that feels this way, apart from Jagmeet Singh, but how do we as normal electors impress upon the PM that he is a scofflaw?

My understanding is that it's not illegal, Ben. The law was put in place for a majority government to run its full term. A minority government can still fall at any time. It does not have to be defeated by a vote of confidence.

My instincts tell me that this upcoming election will be decided by Ontario, and it will primarily be dependent on how that population decides how well Doug has performed during this pandemic. (I've seen him have some good days, but very earlier on, as well as some really stupid Doug-style bad days. Liberals don't do well in BC, so it will still come down to the Cons vs NDP. My current Con MP won by 100 votes, was parachuted in from Ontario and from what I understand, is Asian (we have a significant Asian population here) and does not speak English. Have not had any communication or messaging from her about any "accomplishments" in parliament, so know nothing about what she is about. Am not a Con supporter, so she will never have my vote.
I'm trying to talk to both these fellows (French background) who are solid Liberal supporters, about why they should consider voting strategically every now and then in order to accomplish their wish to have a "liberal" government in Ottawa. Wish me luck!

Like you, I will vote strategically, Lulymay. Let's hope we're both lucky.

My instincts tell me that this upcoming election will be decided by Ontario,

My instincts tell me the NDP will by their drive to bring out voters will benefit from this election.
My guess is that the Greens will no longer, sadly, exist!

I can see your prediction materializing, TB. I'll muzzle any predictions I might have.