Manchin And the Filibuster 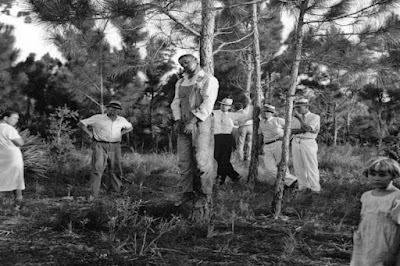 Manchin knows the filibuster is rendering the Senate dysfunctional. And Manchin spent many months trying to build GOP support for reasonable voting rights protections, to no avail.

So Manchin knows Republicans will never, ever support anything remotely meaningful in protecting democracy. Yet he remains the public face of the idea that democracy reform must be done only in a bipartisan fashion, or not at all.

Yes, Sen. Kyrsten Sinema (D-Ariz.) is also a holdout, as are a few other moderates. But get Manchin, and the others would surely follow.

Without Manchin, the possibility of a filibuster suspension to protect democracy with Democrat-only legislation is off the table, putting us in an impossible bind.

The House has passed a reform package. It's a once-in-a-generation opportunity to fix much that is wrong with American democracy. But, as long as the filibuster remains in place, the package will never get through the Senate:

The reform package passed by the House illustrates the point. Championed by Rep. Adam Schiff (D-Calif.), it would strengthen congressional oversight of communications between the White House and the Justice Department, making presidential manipulation of law enforcement harder.

The Protecting Our Democracy Act would expedite court review of efforts to stonewall congressional subpoenas, and curb abuses of presidential pardon and emergency powers, among many other things.

Donald Trump exploited all of those problems. He tried to corrupt the Justice Department into manufacturing a pretext for overturning the 2020 election. After using court delays to stall oversight of himself, Trump and his insurrection co-conspirators are doing this again to stymie an accounting into it.

This new bill would address those problems. Democrats hope to get it through the Senate by breaking it up and seeing what Republicans will support. A few pieces might pass. But how many?

Meanwhile, the House select committee investigating Jan. 6 will likely turn up new evidence fleshing out Trump’s plot to exploit holes in the Electoral Count Act (ECA), which governs how Congress counts presidential electors. That will strengthen the case for reform.

For generations, anti-lynching legislation never got through the Senate because a handful of southern senators -- from both parties -- filibustered it. Now, instead of people hanging from trees, democracy is dying on the vine.

Email ThisBlogThis!Share to TwitterShare to FacebookShare to Pinterest
Labels: Manchin And The Filibuster

And the strangest thing is, Owen, not enough people seem to care about the impending demise of their democracy.

That's how democracy dies, Lorne -- when enough people stop caring about it.

Yesterday I read that a Republican group is funneling somewhere in the vicinity of $800,000 to Manchin's re-election effort.

When you look at the demographic of Machin's state, West Virginia, it's plain that he almost never votes in his constituents' interest.

As for democracy in America, that ended many years ago when the country quietly transitioned into an oligarchy. Today it's a Potemkin democracy at best.

It's a democracy on paper, Mound. But every day it moves closer and closer to tyranny.

Democracy is being dismantled. It is being torn apart by the privileged.

I know people who have stopped voting. They insist that their vote doesn't matter because regardless of who wins governments plow along the same path. Political ideals and aspirations disappear the day after the election. Citizen participation is mostly shunned; protests are ignored; letters to one's elected representative are shredded or sent to /dev/null. We are now all Libertarians whether we like it or not.

For libertarians, Toby, the individual is supreme. That's no foundation upon which to build a nation.