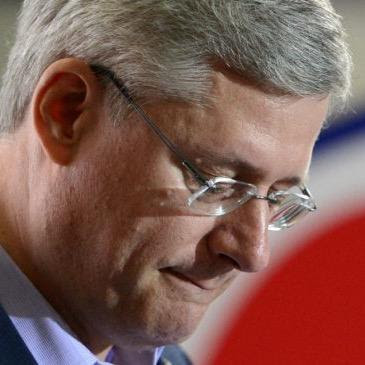 Henry Olsen writes that the same fracturing happening on the American Right is happening around the world:

The same fissures in the old conservative coalition that plague the GOP appear in virtually every other modern democracy. Nationalist and populist parties have grown dramatically in the past decade, often gaining near parity with incumbent center-right parties. Urban and suburban moderate voters, meanwhile, have often swung to classically liberal or green parties that are comfortable aligning with left-wing governments.

The incoming four-party Dutch government will include Democrats 66, a center-left party. This means the new coalition agreement includes substantial spending increases for education and climate change, leading ING bank to declare it was “a farewell to Dutch frugality.” Austria’s conservatives govern with the Greens, resulting in a budget with tax cuts for business and working-class voters balanced by increases in carbon taxes to battle climate change. These parties, like many in the moderate and business wings of the GOP, would prefer to swing to the center economically rather than swing right on cultural issues to placate populists.

The Reagan-Thatcher conservatism of forty years ago is dead:

The global evidence makes it clear that 1980s-era Reagan-Thatcher conservative politics is a dead letter. Coalitions built on that formula — free markets, globally minded, strong on defense — no longer win majorities. The new conservative winning formula is extremely hard to pull off, as one must simultaneously satisfy the still significant Reaganite element while winning over nationalist populists and moderate suburbanites. Having incompetent opponents who veer too far to the left, such as Britain’s Jeremy Corbyn, help bring these disparate groups together out of fear. But no center-right figure has yet built such a coalition on positive grounds that has survived the stress of actually governing.

The Conservative Party of Canada should have figured that out. Unfortunately, it hasn't:

Canada’s Conservative Party tried to appeal to moderate suburbanites while offering an economic appeal to blue-collar voters in that nation’s recent elections. It didn’t work. The party lost seats in suburban Toronto and Vancouver while the aggressively populist People’s Party soared to win nearly 5 percent of the vote.

Britain's Conservatives have also had a hard time adapting to this new world:

Boris Johnson’s Conservative Party has a large parliamentary majority in Britain, but his government is stymied by conflicts between its traditional suburban voter bloc in the south, which eschews higher government spending, and blue-collar, former Labour-voting constituencies in the north that crave it.

It's still unclear how all of this will ultimately shake out -- or if the Right will be able to figure it out.

Part of me is relieved that the right is divided. Part of me worries that this may invite the rise of extremism, even violence.

The left, by contrast, doesn't seem ready or able to exploit this weakness on the right.

If I see Manchin described as a 'centrist Democrat'one more time I'll be sure that America has lost its mind.

The people on the Right are so unhappy they can't get along with each other, Mound. That is a recipe for disaster. Giving them the reigns of power would lead to system failure.

It is difficult to understand why Americans do not recognize what is meant by left and right. They look upon Canada as a Socialist Country with the belief it is one step away from being Communist. Americans like to think they are the worlds most educated however, it is disturbingly uneducated and emotional. Do they know what cooperation means rather than competition. Does the phrase “the collective” mean anything to them? Anyong

Good questions, Anyong. Those are words Ayn Rand hated. And she's passed her hatred of them into the American bloodstream.

Oh yes ..Ayn Rand? What a woman! She made good with her “Objectivism”. Anyong

The right will in any end game be united in it's worship of wealth.

"Objectivism" was a synonym for selfishness, Anyong.

Money is their glue, TB. But there are some things that money can't buy.

Yes! You are in the ball park Owen. Although I did not use the word, it is what I meant. Anyong
!

When it comes to Rand, Anyong, lots of people refuse to see the perfectly obvious.

Read the post and then thought, but look how Chile is doing with their new President, wearing his Nirvana t-shirt.

Got my booster shot a few weeks ago, I want to live long enough to see this all play out.

It won't be pretty, e.a.f. But it could be interesting.