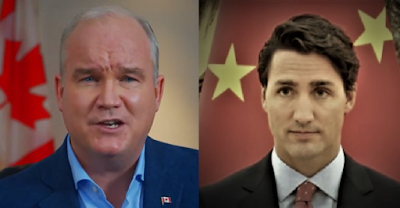 OMICRON is here. The Trudeau government has learned something about messaging in a pandemic. Althea Raj writes:

“The pandemic is not over,” Transport Minister Omar Alghabra reminded the country Tuesday, as the government announced stringent new measures to help thwart the spread of COVID-19’s new Omicron variant in Canada.

The rules — mandatory on-arrival testing for many air travellers and quarantining in government facilities for some — are tough, and could be expensive and time consuming. At a time when Canadians seem to no longer be afraid of the virus and treat it as a mild inconvenience perhaps it was a needed reminder that life — especially for many outside our borders — is not back to normal.

Alghabra, flanked by Health Minister Jean-Yves Duclos and Public Safety Minister Marco Mendicino, demonstrated that the government has learned several lessons from its pandemic management, chief among them to communicate better, and to embrace a cautious and transparent approach.

The ministers mentioned 12 times that the rules could change at any moment as the situation evolves. (That’s for those of you planning a vacation abroad.) Canada has now blocked travellers from 10 African countries because of Omicron, although the variant has also been detected in 13 others.

The ministers also urged Canadians to remain “cautious and prudent.” Public health measures won’t help stop the spread of the virus if Canadians don’t abide by them.

Contrast that with what the Conservatives are saying -- and doing:

The Tory leader, Erin O’Toole, refused to tell Canadians how many of his candidates were unvaccinated; he pledged that any who were not would be tested daily to try to ensure they didn’t spread the virus.

After the campaign, the Conservatives argued it was time to get rid of pricey pre-departure PCR testing at land borders for vaccinated travellers and to move to a rapid antigen test for those arriving by air. (The Liberals scrapped the PCR test only for trips shorter than 72 hours.) At the same time, O’Toole argued there should be no hybrid Parliament, that all MPs should be in the House of Commons in person — where they cannot physically distance — and that no one should be allowed to know how many of his MPs remain unvaccinated.

I’ve been told of two: Niagara West MP Dean Allison and Oshawa MP Colin Carrie. Allison’s campaign manager told his local paper he has a medical exemption. Carrie told constituents two doctors advised him he “cannot receive a currently approved vaccine due to a diagnosed autoimmune disease and adverse reactions to other vaccines,” but two Conservative sources say he doesn’t have a valid exemption as per Ontario’s medical exemption guidance. His office has twice refused to confirm that he has a valid medical exemption. So far, Carrie has been allowed to sit in the Commons.

The Trudeau government has all kinds of flaws. But it can learn from its mistakes. The Conservatives appear to be incapable of learning -- and changing.

Email ThisBlogThis!Share to TwitterShare to FacebookShare to Pinterest
Labels: Who To Believe On The Pandemic?

Until the Trudeau government treats travellers coming from the States the same as those coming from other parts of the world, I say they haven't learned anything at all. Instead, passengers from the US are exempt from the mandatory on-arrival testing for reasons never explained. Meanwhile, the US now requires all in-bound international passengers, including those from Canada, to test for Covid within 24 hours of departure.

It was the same this summer, when we freely allowed vaccinated US travellers, while they continued to bar vaccinated Canadians. We should at least be treating them the same as they treat us.

Point well taken, Cap. The Liberals don't want to take on the elephant.

If the Liberals have a lot to learn which they do, so do the Conservatives. It does look and sound like the Conservatives could do with a few courses on Ethical Behavior. Instead, the Cons seem to be a group of people wanting their own way. I wonder just how many Cons have read the Charter of Rights and Freedoms. Anyoung

It's worth remembering, Anyong, that originally the Cons objected to several elements in the Charter.

Owen: I couldn't resist commenting on this particular piece. I grew up in a household that had a father whose family left Northern Ireland for Canada because of all the religious strife and the resultant chaos.
Our dinner table conversation as we grew up was not based on gossip about the neighbours, but all about political parties and who claimed "what" they stood for. It was a good education and I felt well prepared for the time (age 21 in those days) I could actually vote.
Both of my parents gravitated to the Liberals as opposed to their parents being solid Cons.
After coming back from WWII, my Dad found all those guys with "bone spurs" had the best jobs but they all still got work and the economy zoomed as the government welcomed back their soldiers.
After a while, my father became interested in a Union that was talking to workers as well as listening to a guy named Tommy Douglas who was talking about health care and pension plans. Of course, the rest is history, but those dinnertime conversations stuck with me and to this day I am grateful to Mr. Douglas and although at a provincial level, I look to the CCF now NDP, I am always happy to have the Libs in power rather than the Cons, simply because the Libs understood that most folks would benefit from those programs touted by the CCF/NDP and were not afraid to implement them. The Con? apparently never! Hoope I haven't been too long winded!!!

Not long-winded at all, Lulymay. My wife and I grew up in Montreal, where anglophones traditionally voted Liberal. We're not always happy with the party. They get more arrogant the longer they stay in power. But, in Quebec, the Conservatives gathered under the banner of the Union Nationale and a premier named Maurice Duplessis.

Duplessis was a tyrant and a bigot. That history has stuck with us. And, by the way, in our house, Tommy Douglas has been a hero for a long time.