A Winter Of Discontent 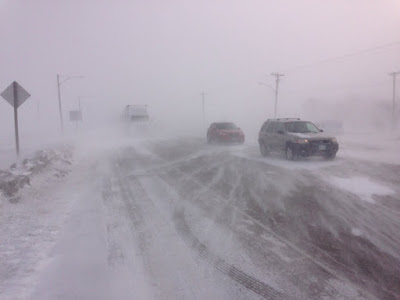 It’s beginning to look a lot like chaos, everywhere you go. On Monday people lined up for rapid tests that ran out fast, or tried to get booster appointments that weren’t available until February next year. Some public health units ran out of Pfizer or contact tracing or both, and testing may be next. These are the early days of Omicron, and it probably feels like you’re on your own.

Which despite the best efforts of so many, you probably are. A lot of the defences people have counted on to see COVID clearly, or keep them safe from infection, are already crumbling. Omicron moves too fast.

“I think people need to be taking precautions for the coming storm,” said Dr. Lawrence Loh, the medical officer of health for Peel. “The opening of eligibility to 18-plus has basically overwhelmed capacity and supply; we really need people to reduce their contacts in the meantime while they await their booster, especially if they’re older.

“At the local level, we’re working as best and as quickly as we can to get it out. But the storm is coming and visibility is starting to diminish. Basically now we’re at the point where if you’re sick or exposed, just stay home. If you’re getting worse, go to the hospital. If you’re young with two doses, consider helping an older member of the community get to a spot first.”

OMICRON is like a prairie blizzard. You can see it coming from miles away. It moves fast. And, when it hits, everything comes to a halt:

Which means these are the days before a Hail Mary deliverance, or the hardest part. Mathematical modelling led by Dr. Sally Otto at UBC reiterated what she told the Star last week: if Omicron is half as severe as Delta, we will still have more people in hospital than we’ve ever had. If it’s 10 per cent as severe, then Omicron can likely be treated as something less than a bomb.

So it’s a hell of a thing to bet on the most optimistic outcome, which scientists in Denmark and the United Kingdom and Germany and Canada still describe as unlikely. There are more than 800,000 unvaccinated Ontarians between 30 and 69, and if another 150 land in the ICU elective surgeries are likely gone. Ontario’s health-care workers had already been thinned by the pressure of previous waves; the police, as the Star’s Wendy Gillis reports, are anticipating 20-30 per cent of the workforce could be sickened with Omicron at once. Imagine that shortage in health care, and most everything else.

This will most surely be a winter of discontent.

Email ThisBlogThis!Share to TwitterShare to FacebookShare to Pinterest
Labels: The OMICRON Storm

At this point, unless they have a valid medical reason, the 800,000 unvaxxed Ontarians between 30 and 69 should not be bumping people out of elective surgery ICU beds. Give them palliative care and prioritize those who got vaccinated so as not to endanger others.

There has been a general failure among the premiers and our prime minister to make tough calls. None has the courage to tell the anti-vaxxers they're on their own. Instead our leaders prefer to sit on their hands, mute, as our healthcare system becomes overwhelmed.

Pfizer reps now predicts the pandemic will persist into 2024 by which time it may become endemic. If they're right, we're barely halfway through this plague. Our facilities and the wonderful people who staff them are faltering. They can't bear the strain forever.

My brother died last month from what ought to have been a very survivable cancer. His oncologist is not familiar with his patients winding up the collateral damage of the pandemic, unable to get timely tests and treatment. He believes governments are coddling the anti-vaxxers and others are paying for it with their lives.

The president of the Canadian Medical Association has pleaded with our leaders to start making the tough calls before the nation's healthcare system crashes. Not one of them has shown the inclination to do that. As Dr. Katharine Smart points out, thousands of Canadians are paying for political inaction with their lives.

We have been extraordinarily patient with the unvaccinated, Cap. Their decisions should not be allowed to deny healthcare to those who are vaccinated.

We are all so very tired of this, Owen, but given that there is no alternative to caution and isolation, only the very immature, the stupid, and the willfully ignorant will persist in the risky behaviours that prolong this pandemic.

It's the willfully ignorant who continue to infuriate me, Lorne.

The price for willful ignorance is death, Mound -- and death for more than the willfully ignorant.

The Disaffected Lib said, "The president of the Canadian Medical Association has pleaded with our leaders to start making the tough calls before the nation's healthcare system crashes."

Is that the point? Are some of our leaders deliberately trying to crash public health care? Is privatization the goal as it looks in Saskatchewan. Is there big money pushing privatization behind the scenes? Yes, our political governments are incompetent when faced with Covid-19 (and many other issues). We know there are lobbyists infesting governments like locusts after fresh grain. To what extent is the incompetence encouraged?

Good questions, Toby. We should know by now that there's big money to be made in a disaster.

I agree (as usual) with Mound, Owen. I would just like to add that many of these people who proudly assert themselves as being anti-vaxers - and agitators apparently - yet they tend to be the same sort of people who salivate over the chance to elect a political party on the promise of reversing such long fought for rights such as dying with dignity as well as opposing legal abortions. So, I guess that's different, right? cause it just fine thank you to be able to spread a deadly virus around with no conscience whatsoever. A pox on all their houses as the saying goes.

It is stranger than you think. Antivaxxers have taken to harassing Christine Elliott repeatedly at her home address late at night, something I found out only by accident since my friend who lives in the area was disturbed by the noise. The police were there and did nothing. You would think there would be more concern about the conservative Minister of Health being harassed nightly.

There was a report in blogTO: https://www.blogto.com/city/2021/12/anti-vaxxers-protest-christine-elliott-toronto-home/ and a youtube video which has disappeared.

This is not free speech, rather harassment and personal threats. So I have to wonder what is going on.

If you want to read the article, read it quickly before it disappears too.

Thanks for the link, ffd. You're right. It's not free speech. It's selfish stupidity.