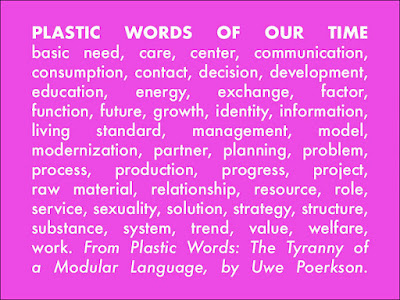 Andrew Nikifiouk writes that we  refuse to face the cascading crises in front of us:

Two weeks ago, I gave a talk at the University of Victoria arguing that our morally bankrupt civilization is chasing dead ends when it comes to climate change and energy spending.

I argued that by focusing on emissions, we have failed to acknowledge economic and population growth as the primary driver of those emissions along with the unrestrained consumption of natural systems that support all life.

I added that people plus affluence plus technology make a deadly algorithm that is now paving our road to collective ruin.

Nikiforuk has some interesting things to say about what he calls "the technosphere:"

Our biggest problem is a self-augmenting, ever-expanding technosphere, which has but one rule: to grow at any cost and build technological artifacts that efficiently dominate human affairs and the biosphere. The technological imperium consumes energy and materials in order to replace all natural systems with artificial ones dependent on high energy inputs and unmanageable complexity.

This technological assault on the biosphere and our consciousness has greatly weakened our capacity to pay attention to what matters, let alone how to think. The result is a highly polarized and anxious society that can’t imagine its own collapse let alone the hazards of its own destructive thinking.

The best response to this constellation of emergencies is to actively shrink the technosphere and radically reduce economic growth and energy spending. Our political class can’t imagine such a conversation.

As an old English teacher, I was particularly intrigued by Nikiforuk's assertion that the technosphere corrupts language:

Just as the technosphere has replaced bird song with digital beeps, the technological imperium has increasingly replaced meaningful language with techno-speak.

A world dominated by reductionist and mechanistic thinking has produced its own Lego-like language completely divorced from natural reality. Decades ago the German linguist Uwe Poerksen called this new evolving language “plastic words.”

They include words like environment, process, organization, structure, development, identity and care. All can be effortlessly combined to convey bullshit: “the development of the environment with care is a process.” This modular language creates its own tyranny of meaningless expression.

Experts, technicians, politicians and futurists employ this plastic language to baffle, confuse and obfuscate. Poerksen notes these words are pregnant with money, lack historical dimension and refer to no local or special place. This language, divorced from all context, does to thinking what a bulldozer does to a forest. It flattens it.

George Orwell knew that once language is corrupted, so is thought. That's why we can't think our way out of these crises.

Email ThisBlogThis!Share to TwitterShare to FacebookShare to Pinterest
Labels: The Corruption Of Thought

I myself rail here n there of how ‘umm’ has become a standard aspect of live commentary vernacular.. it’s not uncommon to hear something like this (below) & a pundit responding to a question about Covid, Tar Sands ‘venting’ into the Athabaska River, ‘standing up to China’ etc etc

‘umm, yes.. well truth be told, in the fulsomness of time, um in my honest opinion we have to ah build back better to spur economic growth & get back uh to a new normal, grow the middle class of course, um, stimulate our infrastructure via umm temporary uh foreign labour incentives and just uh lower corporate tax to umm invigorate new incentives furthering Nation Building’ ah um.. to be perfectly honest in this environment & take it umm to heart without further uh delay’

I caught Nikiforuk's Southam Lecture online. It's now been posted to YouTube.

I was pleased to hear Nikiforuk incorporate economic and population growth as factors that combine with emissions (and many other forms of pollution) to create our climate emergency.

It was four or more years ago that Camilo Mora broke ranks with his fellow climate scientists to recognize over-consumption and overpopulation as cornerstones of the climate crisis. This triad reveals its own solution: mankind must adjust as necessary to live in harmony with our biosphere. We have to accept the finite bounds of Earth. Ignoring that simple truth has caused most of the ecological ruin that confronts us today.

Politically correct language has been with us since the dawn of civilization. What is happening now is that the Internet is speeding up the evolution of plastic words. Take, for example, woke. In the space of a few months woke has gone from whatever the speaker wanted to an insult.

What is fortunate, Owen, is that along with political correctness we have graffiti which has also been around for a very long time. Imagine spending half a career deciphering a bit of hieroglyphics only to find that it reads, "Pharaoh sucks."

I think this observation about the role of a kind of Orwellian "language" in impeding our thinking processes is "right on". It is a very popular language today, and it certainly eases any worries we might have about our future climate by suggesting technology will solve any issues caused by our careless use and dangerous production of energy. So there is no need even to think about such things. Twenty years ago, after a presentation about the dangers of atomic energy following the near melt-down of a generator in Pennsylvania, the audience I was part of was urged to think about limiting nuclear energy, or possibly suffer the fatal consequences of nuclear accidents. One member of the audience, whom I knew well, and was a lone voice, rose to state that if he had to limit the electricity to live as he saw fit, it was not worth curtailing nuclear generation. Not much has changed since then, and our language allows us to gracefully avoid talking about such issues.

Orwell said it was the sound of ducks quacking, sal.

The graffiti always gets to the point, Toby.

Exactly, CD. Like children hiding under the covers, we think the problem will go away.

How do you combat the likes of this?


An article in the USA Today:
Business mogul Elon Musk is more concerned with under-population than over-population. The Tesla CEO said Monday that there are "not enough people" in the world and it could threaten human civilization.

It made the anti-abortion crowd happy.

Woke is a wonderful example.
As for.. Take, for example, woke. In the space of a few months woke has gone from whatever the speaker wanted to an insult.
My take on woke is it was originally meant to 'be aware of'
The bastardisation of language is Orwellian newspeak, mastered by right wing intellectuals to control the semi literate masses.

For Musk, more people means more potential customers, Rob. He might be rich. But he's missed the boat.

Thanks for the link, TB. Like the technosphere, Fox News has deeply corrupted the political language of our day.