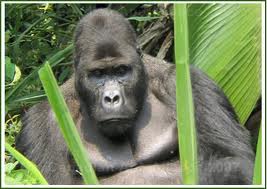 For Stephen Harper, a strong public pension system is symptomatic of "a welfare state in the worst sense." That's why he and his party have once again chosen to ignore expert opinion. The Globe and Mail reports that

research prepared at Ottawa’s request argues Canada’s pension system is in far better shape than the Europeans’, and there’s no need to raise the retirement age. Edward Whitehouse – who researches pension policy on behalf of the Organization for Economic Co-operation and Development and the World Bank – was asked by Ottawa to study and report on how Canada stacks up internationally when it comes to pensions.


Ignoring expert opinion is nothing new for these folks. They have pushed ahead with their "tough on crime agenda," despite evidence and advice that their agenda is counterproductive. But that agenda feeds the party base; and cutting public pensions feeds the upper echelons of that base.

reducing OAS costs is an easy way to save money over the long term because it can be done unilaterally without negotiating with the provinces or public-sector unions. “It’s okay to look at Old Age Security pension payments,” he said, “but I think there’s got to be a lot more evidence that there’s a problem, and I don’t see that evidence.”


However, the Harper government has never acted on evidence. Earlier this week, I referred to an article by Richard Cohen on the sad state of the Republican Party. The party, he wrote, has adopted a policy of "belligerent anti-intellectualism, pretending that knowledge and experience do not matter."

The Republican disease has spread north of the border.
Posted by Owen Gray at 9:43 am

Email ThisBlogThis!Share to TwitterShare to FacebookShare to Pinterest
Labels: Conservative Contempt for the Truth

Owen, some day the shoe is going to drop and people will realize this pension crisis lies squarely at the feet of Harper's decision to trim two cents off the GST.

He's such a dimwitted ideologue he never understood the role of that tax to fill the government treasury with "rainy day" funds. He was dismissive of warnings at the time that he was de-funding government.

So now yes he must have billions for a plane that will probably be obsolete before it ever reaches a Canadian hangar and more yet for corporate tax cuts and fossil fuel subsidies but all that leaves him short by - wait for it - the same amount he cut from the GST.

So now Harper can talk about a "structural deficit" that requires trimming pensions. It's structural all right. He built it.

But, once you have that information in hand, it's a matter of addition and subtraction.

The critical point, Owen, is that Harper absolutely must be made to wear this. The Opposition has to show the Canadian public that this pension scare is the direct - and utterly foreseeable - consequence of Harper's 'choice' to defund the government. The contrived structural deficit must be contrasted with unjustifiable expenditures like the F-35. Here's the plane, folks. There goes your pensions. The Opposition has to stand up and be heard and stick this to Harper relentlessly. Will they?

Good question, Mound. I agree that this is a critical moment for the opposition parties.

I also agree that this "crisis" has been completely manufactured by Mr. Harper. This is the moment to hold him to account.

We'll see if the opposition parties are made of "sterner stuff."