Not Your Father's Conservative Party 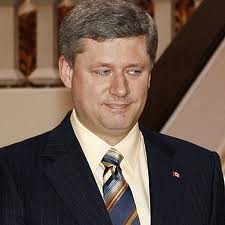 Tom Walkom writes that the Harper government is not  what we used to call a Conservative government. It does not stand for what Conservatives have traditionally stood for:

The old Conservative brand, associated with prime ministers like John Diefenbaker and Joe Clark, emphasized practicality melded with compassion. The new one focuses on pride, patriotism and toughness.


Compassionate conservatism disappeared soon after George W. Bush -- who claimed that's what he stood for -- became president. Taking its cue from George W, the three hallmarks of the new conservatism are on display twenty-four hours a day:


Martial valour is an integral part of this new image. From that stems Harper’s emphasis on the military, as well as the alacrity with which he sends Canadian troops to wage war in unlikely countries like Libya.

Toughness is expressed by the government’s emphasis on jails and mandatory sentencing, as well as its take-no-prisoners approach to political foes.

But above all, the Conservatives want to brand themselves as the party of patriots. Hence the reinvention of old symbols —such as putting the word “royal” back in the Royal Canadian Air Force.


What it all adds up to, writes Dan Gardiner, is "the politics of ruthlessness." It is the product of a man who has spent all his life in politics, and who spends all his time on politics:

When politics is everything, when opponents are enemies, when there’s hatred in your belly, certain things follow. Ruthlessness, for one. Personal attacks. A refusal to accept the legitimacy of different views and to work with those who hold them.

Stephen Harper is only one man, of course, but unlike every Liberal prime minister his dominance of his party is total. He effectively built it from the ground up. It is his party. And its personality mirrors that of its creator and master.


As others have pointed out, the government is controlled by the Harper Party -- whose raison d'etre is control. It is, quite simply, opposed to democracy.

I'm astounded that this is coming up so late in the game.

I think thoughtful people have known for a long while that this is certainly not the Progressive Conservative Party.

The late Dalton Camp warned that the party did not deserve the label "conservative."

What is amazing is that the label still persists. As Gardner suggests, it really is Harper's party.

For what it's worth, FDR and Mackenzie-King were friendly with Hitler.

As were a lot of US and British businessmen.

The whole same crew we have with us today.

But harper is a disgrace when compared with someone like Diefenbaker or Joe Clark.

Big money seeks all kinds of allies, thwap. That's why Harper is in China.

That said, there was a time when at least some Conservatives had consciences.

anyone want to venture a guess of whom it was that the director of csis was talking about when he warned of political interference & influence from abroad concerning our federal, provincial & municipal politicians & civil-savants?

shortly after making this statement, approximately half of parliament wanted him fired.

personally, i interpret this to mean that (at the time) at least the fascist half of parliament is on the take from foreign entities such as China, Russia, India, Pakistan, Mexico, US, etc.

Governments from the right or the left can abuse power. The new Conservatives apparently feel that they don't suffer from that disease.

As thwap says, the conservatives are harking back to their days when rightwing parties turned toward fascism. Our own CPC will still occasionally use a libertarian argument if they think it will be effective but they really are a party of big-government tied to big-capital, with a yen for absolute control. You say that you are surprised that the moniker of "conservative" still sticks, but the ruling party in China still has the gall to refer to itself as the "Communist Party" so it apparently doesn't matter what the party really stands for, it matters what people think it stands for.

I wonder how the Liberal Party could take advantage of this inherent ambiguity in their rebuilding process?

That's a really good question, Kirby. I'm not too sure of the answer.

But it has something to do with the inherent hypocrisy of modern conservatism.