The Fault Is In Ourselves 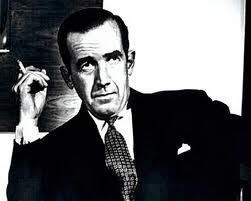 We have nurtured an old curmudgeon.  He or she has been with us for a long time. However, we have never had so many of them at the same time. Carol Goar writes in this morning's Toronto Star:

Across jurisdictions, political leaders seem to have forgotten their authority comes from the people. They don’t bother to listen, explain, persuade or look for a consensus. They simply pronounce.


She then goes on to illustrate her point with three prominent examples -- Stephen Harper, Dalton McGunity and Rob Ford:

Harper "sprang the imperative of reducing seniors’ benefits on an unwary public, with no national debate, no explanation for its sudden urgency and no chance to consider alternatives."

McGuinty tried a different tactic: "In a deft end-run around voters,"  he

appointed a panel of experts after last fall’s election to come up with a sweeping plan to cut provincial costs. The four-member commission, headed by former bank executive and federal bureaucrat Don Drummond, is to report this month.


And then there is Ford:

He bullies or bulldozes anyone who gets in his way. It worked for about a year. Then a moderate group of city councillors, prodded by angry Torontonians, found their spines. They opposed most of the spending cuts in Ford’s 2012 budget and rallied enough votes to win.

Now they are challenging his legal right to scrap provincially approved transit improvements in favour of subways. The mayor says he won’t budge. Nothing will happen till this test of wills is resolved.


When Edward R. Morrow took on Senator Joseph McCarthy sixty years ago, he ended his famous broadcast with the question, "How did McCarthy succeed?"  Then he provided the answer:

The actions of the junior Senator from Wisconsin have caused alarm and dismay amongst our allies abroad, and given considerable comfort to our enemies. And whose fault is that? Not really his. He didn't create this situation of fear; he merely exploited it -- and rather successfully. Cassius was right. "The fault, dear Brutus, is not in our stars, but in ourselves."


McCarthy had his day on the stage. But courage brought him down. We are at a point in our history when political courage is in short supply. The fault is in ourselves.
Posted by Owen Gray at 9:14 am

We have failed. What am I doing besides blogging to try to redeem our politics?

I am taking time away from work to type this. It takes me weeks to return a form to the government.

I took a few days to hang out with Occupy Toronto and I was paying for it for a month is back-logged work.

Don't be too hard on yourself, thwap. Blogging is positive engagement. And the bills must be paid.

Some say that the American Revolution began with one sentence from Thomas Paine: "These are the times that try men's souls."

Nobody said it will be easy. Murrow took a lot of flak from William Paley, the king of CBS.

Don't despair. My gut tells me that Harper's hubris is his Achilles heel.

Let's hope that we have enough "ourselves" to fix this.

According to the results from the last election, Chris, there are enough of "us" to fix the problem.

However, "we" can't seem to agree on a strategy to accomplish the repair.