Things Are Beginning To Stick 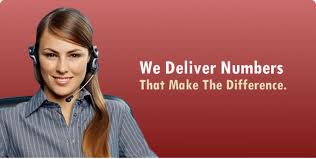 For five years, political pundits marvelled at how Stephen Harper managed to avoid being held accountable for actions and policies which most Canadians find abhorrent. He was the Teflon prime minister. Two weeks ago, the government's Internet surveillance bill blew up in its face. Last week, the Robocall scandal hit the headlines. And, finally, things are beginning to stick:

Andrew Coyne does not buy the spin that rogue campaign workers conceived of and carried out this scheme:

It beggars belief that local campaign workers in 18 different ridings could have separately hit upon the same scam, or carried it out without the knowledge of anyone outside the riding. The notion that the whole thing could be put down to one over-zealous young campaign worker, as some are putting about, is even less credible. Whoever did this would not only have to have the capacity to organize and fund a national robocalling operation. They would also have to have the lists of names and phone numbers to call. Such information would be closely held with respect to the party’s own supporters. But how many people in the party would have access to lists of Liberal supporters? And how did they get them?


More than that, he writes, this breech speaks volumes about the culture of the Conservative Party:


It is a culture which Stephen Harper carries in his bone marrow. He was probably not told specifically of the operation -- on purpose. But Bob Rae is right:

“The prime minister has created a Nixonian culture,” Rae said. “This stuff doesn’t happen unless the boss lets it happen.”

“He has allowed to seep into his party and into his organization a culture of attack and, frankly, a culture of deception and dirty tricks, where almost anything goes.”


This one will stick -- if the opposition parties refuse to let the prime minister off the hook.

Didn't I say a few weeks ago that the mood had changed and things were inexplicably shifting? Events are unfolding faster and with more excitement than I thought, but they are, now without a doubt, changing.

All bets are off.

I agree, Kirby. It's really interesting how fast events are moving. The Harperites are going to do their best to bury this.

They will claim it's merely overzealous free agents who are responsible for this outrage.

But people undertand what this is all about. It not only looks bad. It smells bad.

It's impossible to know how this will play out, thwap. Until now, Canadians have been more concerned about their pocketbooks than their rights.

But, as I said to Kirby, this breech is easy to understand -- and it smells bad.

If the opposition can convince Canadians that the Conservatives systematically set out to steal an election, I wouldn't bet on the party's long term future.