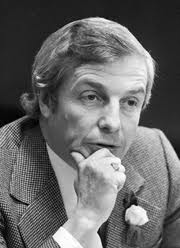 Some commentators looked at this week's census numbers and saw blue skies and sunshine for Stephen Harper's Conservatives. As Jeffrey Simpson notes in today's Globe and Mail, the term "conservative" is a misnomer. Today's conservative governments are anything but conservative. Consider Alberta:

But successive Alberta governments – not real but faux conservatives – spent rather than saved, figuring, one presumes, that resource revenues would just keep pouring into the treasury. And most politicians, even of the ostensibly most conservative variety, really, really like to spend to get re-elected. (See Ronald Reagan, George W. Bush and Stephen Harper.)


The heartland of Canadian conservatism isn't conservative at all:

Thursday’s budget projected a staggering $15.9-billion in non-renewable resource revenues, most of which will be spent. All Premier Alison Redford would say is that she plans a “conversation” with Albertans about reducing reliance on non-renewable revenue.


Such was not always the case:

Decades ago, with the oil and gas industry beginning to boom, Alberta’s wisest postwar premier, Peter Lougheed, pondered this bonanza. Being a real conservative – that is, someone who wanted to conserve and preserve – Mr. Lougheed invited his fellow citizens to put some of their riches into a fund for tomorrow.

Thus was born the Heritage Fund, an idea brilliant in conception, flawed in execution. As of September, the Heritage Fund contained $14.7-billion. More than 35 years since inception, the fund has produced $32-billion in revenue for Albertans.


Lougheed wanted to use the interest from the fund to help finance government and build an industrial base. But the leaders who followed him saw an endless stream of revenues. There was no need to save for a rainy day. Lougheed also warned about unrestrained development of the oil sands. But when he retired, his policies -- and his advice -- went down the memory hole.

And so today we have a prime minister who claims that Canada is an "energy superpower" -- while the country's industrial base disappears. He's a faux conservative.
Posted by Owen Gray at 9:21 am