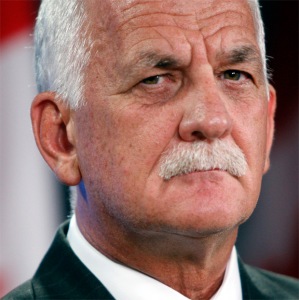 "A gaffe," Michael Kingsley wrote, "is when a politician tells the truth." Americans have been treated to several examples of this phenomenon as Mitt Romney seeks the presidency. Last week, Vic Toews treated Canadians to a homegrown version of the same. "I don't know if statistics demonstrate if crime is down," he told a Senate committee. "I'm focused on danger."

Stephen Harper used the same argument in Davos when he implied that the Old Age Security system is unsustainable. The truth is, writes Robert Brown in today's Globe and Mail, that  the system is quite sustainable:


The Chief Actuary of the OAS system reports regularly (and publicly) on the system’s financial health. In his last published report (the eighth, in 2008), he confirms that the cost of OAS (including the Guaranteed Income Supplement) would rise to $108-billion in 2030. He also points out that, while there were 4.7 Canadians aged 20 to 64 per individual aged 65+ in 2007, that ratio would fall to 2.4 in 2030, or almost in half.

But there are other attributes that need to be remembered. First, OAS is taxable income, so a lot of the moneys paid out go straight back to Ottawa. Second, the OAS is further clawed back depending on your income. If your income exceeds $67,668, then you lose your OAS at a 15-per-cent clawback rate. If you have income of $110,123 or more, you get no OAS at all.

For the GIS, the clawback rate is 50 per cent starting at $3,500, so if you have income in your own right of $16,230 (other than the OAS), you get no GIS. Finally, OAS/GIS costs rise with the consumer price index, whereas tax revenue rises with the growth in GDP. The latter usually rises faster than the former.

So do we need to worry about the sustainability of OAS? Not according to the Chief Actuary.


We don't need new prisons. But we will get them. A significant portion of the costs will be downloaded to the provinces. And, because those costs will not be on Ottawa's books, the Harperites will claim that they are prudent managers.

It's when they make statements like Toews made last week that the truth comes out.

I think the most characteristic thing about a conservative is that ideology not reason and fact shape their views. This at least is true of the Harper government. For them ideology even trumps the law of the land (I think they have lost every challenge taken to the Supreme Court). This is sad. Even thought I am a left wing thinker who can also find himself deciding out of ideology at times, I think their is a defensible reasoned conservative view but the current crop of Conservatives don't seem to know about it.

I would agree, Philip, that there is a noble strain in conservatism -- which to me was best expressed by Edmund Burke.

But this crop of conservatives are not noble. In fact, I question whether any of them ever really read Burke.

My real hope regarding the new prison costs is that a number of provinces simply refuse to enforce the new crime bill.

As for the nobility of dear Edmund Burke, his only real nobility came in the days that he was a de factor Whig and had not yet joined Pitt and his cadre. Of course, he was always remarkably eloquent, but eloquence is not the same as nobility.

But he did believe in "conservation" in its most basic sense, Kirby. As Thomas Frank has said of modern American conservatives, these people are a wrecking crew.

Perhaps the most egregious example of their penchant for destruction is their insistence that the data from the long gun registry should be destroyed.

Burke also believed in the principle of noblesse oblige. In the neo-conservative world, the wealthy have no obligations -- except to themselves.