Can The Centre Hold? 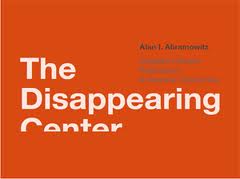 Paul Adams correctly analyzes what used to be the Canadian centre:

The modern Liberal party was re-engineered a half century ago by Lester Pearson, who made it into the quintessential party of the “mixed economy”, a formula that was popular across the western world. The booming private sector would be guided by government, but not consumed by it. Keynesian fiscal policy would manage the ups and downs of the business cycle and social programs would allow the emergence of a capitalism with a human face.

In its day, this really was a politics of the centre. It expressed a very broad social and political consensus that extended from labour unions to chambers of commerce. Working people had good jobs in the private and the public sector, many of them unionized. They appreciated the additional economic security they got from public health care, old age pensions, and unemployment insurance.


But with the election of Margaret Thatcher, Ronald Reagan and Brian Mulroney, the centre began to shift:

In power after 1993, the Liberal party also moved decisively away from its centrist election platform, which called for “moderate” deficit reduction coupled with new social programs such as day care. Instead, the government cut funds for social programs, aimed to eliminate the deficit rather than reduce it, and eventually cut debt and taxes.

Significantly, Paul Martin adopted the “no deficit rule” – an explicit renunciation of the Keynesian notion that government fiscal policy should be used to manage the ups and downs of the business cycle. Jean Chrétien promised in the 1997 election that no more than half of future surpluses would be devoted to tax cuts and debt reduction, but that proved not to be the case.

It all came crashing down with Micheal Ignatieff, who tried to be a politician of the right and the left. Adams writes that what Ignatieff offered Canadians was policy incoherence.

Email ThisBlogThis!Share to TwitterShare to FacebookShare to Pinterest
Labels: The Canadian Centre

I always thought the predictions of the death of the Liberal Party were greatly exaggerated. I really wouldn't be surprised if a guy like Trudeau brings back the Liberal Party in stunning fashion and trounces the Conservatives in the next election to become the first second generation Prime Minister of Canada. As you say, he would need to reassert the idea of a centerest party and reinvigorate many voters who have lost faith in the political system. But regardless of my leftist leanings I wouldn't be surprised by this turn of events.

Like Mark Twain's obituary, Kirby, I always thought that reports of the death of the Liberal Party have been greatly exaggerated.

I've also thought that Canadians were by nature centrist. When the Liberals abandoned the centre they arranged their own downfall.

We'll have to see whether Canadians are willing to give them a second chance at governing.

The Self-Destruction of the 1 Percent

Thanks for the link, Anon. I've taken the trouble to highlight the following paragraph:

"The story of Venice’s rise and fall is told by the scholars Daron Acemoglu and James A. Robinson, in their book “Why Nations Fail: The Origins of Power, Prosperity, and Poverty,” as an illustration of their thesis that what separates successful states from failed ones is whether their governing institutions are inclusive or extractive. Extractive states are controlled by ruling elites whose objective is to extract as much wealth as they can from the rest of society. Inclusive states give everyone access to economic opportunity; often, greater inclusiveness creates more prosperity, which creates an incentive for ever greater inclusiveness."

Those who refuse to learn from history are doomed to repeat it.

The old PC party was down to two members at one point, and everyone was writing its obit, too.

The Yankees and the Liberals are down by at least one game/election, but we should all remember: "It ain't over til it's over."

And as they say, Chris, a week is a long time in politics. A lot can happen in a short time.