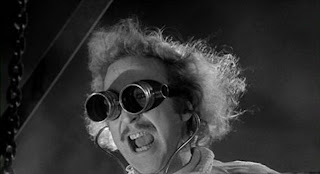 With Ontario's Liberals in disarray, Martin Regg Cohn speculates in this morning's Toronto Star about what the province would look like under Tim Hudak:

Note that Hudak never says which taxes he’d cut — a form of Mitt Romney redux on reductions and deductions — just that he wants a “flatter personal income tax structure” that squeezes out the last remnants of progressivity from our system. Tax cuts would produce a “counter-intuitive” increase in revenues thanks to massive spending by consumers and corporations newly flush with tax money.

Bank of Canada Governor Mark Carney notes that Canadian corporations are already flush with $560 billion in “dead money” that they’re not investing productively. Why, when they’re already sitting on such a stash of cash, would Hudak expect them to suddenly start investing any extra money from his tax cuts?


Hudak's vision of the Canadian economy is exactly like Stephen Harper. Perhaps that's because they share similar academic and career paths:

Hudak, who has a masters in economics, knows better than to promise he can defy the laws of economics by transforming Ontario into a trickle-down uptick. The Tory leader has never actually worked as professional economist, but as a practicing politician he has some experience in telling people what they want to hear.


It's amazing that this falderol still has a shelf life.  But, after November 6th, Americans may wake and proclaim, "It's alive!" Here in Canada, Mr. Harper and Mr. Hudak keep trying to electrify the creature.
Posted by Owen Gray at 9:22 am