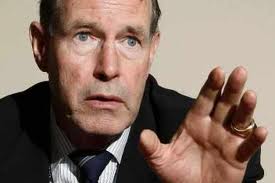 The Globe and Mail reports that former Bank of Canada Governor David Dodge suggests that the bitumen from the Tar Sands be routed to Eastern Canada. Because energy is the lifeblood of industrial economies, he suggests that giving Canadian industry access to Alberta's oil is better than readjusting the equalization formula. Unfortunately, with their characteristic tunnel vision, the Conservatives are fixated on Asia:


The financial meltdown of 2008 should have taught our present masters about the perils of a hands off philosophy. Moreover, that approach ignores Canada's struggling provinces:

“When you have the big tilt at the moment as we do, in what I call the resource super cycle, then you have to think very hard about tilting the playing field back a little bit toward the other sectors and that would be tilting it back towards the lower-income provinces,” he said.

Last December, Finance Minister Jim Flaherty announced that future growth in the overall budget for equalization would be capped at the rate of economic growth by tying it to the rise in nominal gross domestic product through to 2018-19.

But Mr. Dodge calculates that this cap on equalization at a time when some provinces are enjoying big gains in resource revenues means the disparity between provinces will worsen. Mr. Dodge pegs this gap at $2-billion in 2012 and $6-billion by 2020.


What Dodge  implies is that the Harperites lack a national vision. They are truly provincials.
Posted by Owen Gray at 9:48 am

Email ThisBlogThis!Share to TwitterShare to FacebookShare to Pinterest
Labels: David Dodge On The Economy

I agree that the government lacks a national vision. I can't even imagine what their endgame is, because they don't appear to have any long-term thinking abilities at all.
I am a bit dismayed by the suggestion of routing the bitumen east though.
There is a lot of research into why this does not make environmental sense, and the environmental risks are no less if we pipe the stuff east. The only risk that will have been eliminated is the possibility of tanker accidents in the Douglas Channel. If we send the stuff east, we are still running corrosive, abrasive poison across our land and watersheds, we are still destroying plant and animal habitats in the construction of the pipeline right-of-way. And any increase in the production of bitument is still going to ramp up the destruction in Alberta as well as contribute more to the proliferation of greenhouse gases. For me, as a western opponent of the pipeline (for environmental as well as economic reasons) it feels hypocritical to say, "sure, send it east." I don't feel NIMBY about this pipeline.

I agree that, for environmental reasons, the whole idea of a pipeline is problematic, Karen.

I also think it's good to remember that Peter Lougheed -- while first advocating for sustained development of the tar sands -- also advocated using oil to establish secondary industries. Alberta could refine the stuff and send it east at the same prices the Americans are paying.

But the Harperites -- like the supporters of Ralph Klein used to say -- are willing to let the eastern creeps and bums freeze in the dark.

I think Harper would be fine with an eastern route if Enbridge chose that. And, as the eastern premiers have all been onside with the Northern Gateway, surely they would be just fine with an Eastern Gateway. That is at least until the public rebelled.

Harper has sold huge chunks of the tar sands to China. He permitted China to bring their own people to work there. Harper also permitted other company's to hire cheap labor. China can also bring swarms over, to build the Enbridge pipeline. Canadians will not get the refining jobs. Chine wants to refine the oil. With China's cheap labor, China will make a very nice profit for resale.

China had our BC mills shipped there, along with BC's raw logs. 2000 Chinese miners are on their way, to work the mines in BC.

There is no point in saying, we could do this or that. China is calling all the shots in Canada. They want the tar oil cheap and unrefined. This is the deal Harper signed with China. Harper has sold us out. Harper sold the jobs to China too.

CSIS warned Canadians, China was making huge inroads into Canada. BC was specifically mentioned because, Gordon Campbell sold BC out to China too.

Good grief!!! BC people have been yelling about this forever. We said. Watch our for Harper, he's a snake in the grass. Gordon Campbell the other snake, was in the same grass with Harper.

As things stand now, Mound, Alberta individualizes the profits and socializes the risks.

If Alberta had to bear the costs of production, not just extraction -- and the environmental risks which come with both -- the price of Alberta oil would go up considerably.

Those prices would drive other places to look for alternative and renewable sources of energy.

That would put an end to the stranglehold Alberta has on the national economy.

It's clear that Mr. Harper's loyalty is to money, Anon, not people. Which, in short, means that anything and everything is for sale.