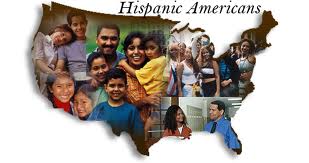 Tim Harper reminds his readers this morning that, south of the border, the Hispanic population has exploded. The community:

has grown 43 per cent over the past decade, and will be 30 per cent of the U.S. population by 2050 (double the size of the African American population).


Mitt Romney has said that his preferred way of dealing with that community is "self deportation." And Canadian governments have never recognized its existence:

With the most fundamental demographic shift of our lifetimes unfolding before their eyes, successive Canadian governments have blissfully continued traditional relations on traditional matters based on a United States that no longer exists.

There is no evidence that foreign affairs has paid anything more than lip service to the Hispanic explosion south of the border, a cultural and business transformation happening outside the doors of our consulates and embassies, with Canada as spectator.


And that willful ignorance comes at a cost:

By not reaching out to the new Hispanic U.S., Canada is unable to bring its message to this demographic group.

It loses out on tourism, it falls behind on attracting both skilled Hispanic immigrants and temporary foreign workers who pick fruit, work in hotels and, yes, meat packing plants, doing jobs Canadians are unwilling to take.

It means we are missing niche trade and business opportunities because Hispanic buying habits and preferences are different than African Americans.

It means we are not crafting environmental policy that will conform with a segment of the U.S. population which, polling shows, is more protective of the natural environment than Americans as a whole, whether because they are working in environmentally threatening environments or live in areas that are more likely to be fouled by industry.

And it means we are losing the battle for attention from U.S. political and business elites who routinely vacation in Caribbean and Latin American locales where the potential photo-ops are better for business and re-election prospects.


One suspects that the Harper government -- whose neglect of Quebec suggests that it still has trouble with French on the back of Corn Flakes boxes -- doesn't know what the word Hispanic means. They would do well to read the Washington Post's Richard Cohen, who recently observed that "Hispanic is not Spanish for stupid."

Anyone who ignores Spanish speaking Americans, or hopes they will simply go away, is just that -- stupid.

Email ThisBlogThis!Share to TwitterShare to FacebookShare to Pinterest
Labels: Canadians and American Hispanics

The interesting thing about this demographic shift is that unlike the French community, the Hispanic one is little concerned with compelling people to speak spanish. And yet, (ironically?) their language and culture continues to be stronger than ever.

There is strength in numbers, Kirby. The Quebec birth rate has been declining for decades. It is now well below replacement numbers.

In the United States, however, the Hispanic birthrate is skyrocketing. That's the difference.

I was on my bike, in southern California, heading for the border crossing at Tecate 60-miles due south when I stopped to grab lunch at a Burger King. Inside it looked like any other fast food burger joint in the States. Only the staff were all Hispanic and spoke little, if any, English. It was then I realized they were truly reclaiming the lands that were seized from them more than a century earlier.

A few Republicans have become alarmed at the demographic tsunami that's bearing down on the GOP across the southwest but the party won't change out of fear of alienating its angry old white man base. It's a truly self-defeating posture but they've painted themselves into a corner and none has the guts to take on someone like Jan Brewer. Rot in Hell, dirtbags!

Like the Southern segregationists, Mound, the Republicans are determined to build a moat around their castle -- even as it rots from within.

They refuse to recognize that the people who don't look like them -- or speak their language -- were there first.

I have never thought of the Hispanic population in these terms, as a economic source for Canada.
I have been very interested in their increasing numbers and their cultural transformation of the United States.
They are a unique immigrant group. They will not just blend into becoming "an American" in the cultural melting pot. There numbers are so large and culture so rich they will can resist just disappearing like so many before; ie Germans, and French Canadians. Many also do not see the South western United States as foreign territory. It used to be part of Mexico and it seems Mexicans still have an emotional tie to it as part of "Greater Mexico."
I have also written to my American friends that the United States will become a bilingual country. already large parts of it are de facto bilingual. Rather than embracing this reality many Americans are resisting it with such laws as making English the official language of their State not to mention trying to limit the numbers of Central Americans (not all Spanish speakers are treated equal. The Cubans have preferred status).
The transformation of the United States will become nastier before it gets better. For the sensible among them they would do well to look to Canada as a model of how to deal with bilingual and multicultural realities.

Canada needs to do a lot more interaction with Central and South Americans where possible distancing ourselves from the United States influence in those countries.

Your comments are on target, Philip.

The growing number of Hispanic Americans makes them impossible to ignore. If Americans are wise, they will deal with them as citizens, not interlopers.

Philip is right about the Hispanic resistance to assimilation. I suspect that has many causes including access to education. Yet, as you travel just a few hundred miles south of the Rio Grande, English-language speakers seem practically non-existent. Given that the Mexican people live next door to the Americans and are able to access U.S. television you might think that culture spread would be unstoppable.

Will this lead to violence? The election of Obama revealed the ugly truth of just how prevalent racism remains in the States. It's as though the gloves came off for bigotry.

Many Americans have a deepset notion that theirs is a white, Christian, English-speaking country, the sort that sees nothing wrong in Manifest Destiny, the Bush Doctrine and American Exceptionalism. Once you're steeped in those sorts of values, it's easy to become a Sarah Palin, Newt Gingrich or John Bolton. It's easy to justify violence as fulfillment of a duty to defend nd uphold these notions.

There's something deep in the American character. Mound, that insists that "real" Americans look and sound like "us."

Immigrants like the Italians, the Jews, the Irish -- in the second generation -- look and sound like us.

Therefore, your birth certificate must be phoney.