What Happened To The "Reform" Party? 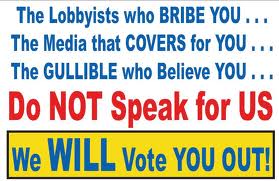 The day after the Harper government announced it was limiting debate on its second omnibus budget bill,  Michael Den Tandt wrote in The National Post:

Conservative MPs would like to have more sway within the Harper government. In unguarded moments some will grouse aloud (but off the record) about the whippersnappers in the PMO, barely out of short pants. Cabinet ministers can’t much like the fact that, through the Privy Council, this PMO wields influence directly on the senior bureaucracy. Ministers today are spokesmen and women for the government – not decision makers.

There’s nothing cabinet ministers can do about this though without losing their jobs, or worse. Former minister Helena Guergis serves as an abject lesson. The prime minister will stand by most ministers through thick and thin, despite their mistakes: That appears to be the main benefit, for them, of ceding power. But if and when a minister gets ditched, it’s all the way and for good, with no hope of redemption. So, forget about seeking reform from within this government.


The truth is that the "Reform" Party never wanted reform. What they wanted was power. And, like the man who leads their Republican cousins south of the border, they were willing to say -- and do -- anything to get it. After they have achieved their objective, Den Tandt writes, they then are caught in a Catch 22 conundrum: "One must have power to effect change. But having power removes the desire to effect it."

So, when will we get rid of the rot at the centre of Canadian politics? Only when people change the politicians. But the people should know that, inevitably, the power they bestow on their representatives will eventually corrupt them.  It is always  the people who must clean house.

The Reformers eventually become The Corrupt. Some would argue that these Reformers were always the Corrupt.
Posted by Owen Gray at 9:10 am

Email ThisBlogThis!Share to TwitterShare to FacebookShare to Pinterest
Labels: The Rot In Ottawa

Preston Manning had a quaint, mildly-theocratic vision for the Reform Party that incorporated a measure of direct democracy. Manning has to take a good bit of responsibility for grooming Harper and for his ongoing support of the guy who utterly swept aside Manning's vision and what he tried to create... the most authoritarian, secretive and dishonest government in Canada's history.

Nonetheless, that doesn't let the creature off the hook.

Asimov was talking about the United States. But given the Conservatives' war on knowledge, the same can be said for Harperland.