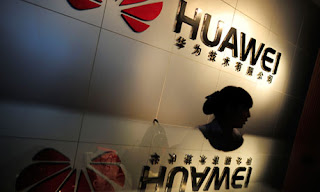 Stephen Harper, Tom Walkom writes in The Toronto Star, has managed to get himself in a pickle over Huawei Technologies:

On the one hand, his free-market instincts tell him that business knows no nationality, that cheapest is best and that, if Chinese companies can deliver high-quality telecommunications equipment at low prices, then Canadian firms would be fools not to buy it.

On the other hand, he is an ardent admirer of the U.S. way of doing things — and in particular of America’s tough-minded approach to national security.

Harper, the Calgary economist, is desperate to stay on the right side of cash-rich China so that it will invest some of its billions in Canada’s resource sector.

But Harper, America’s best friend, is equally desperate to stay on the right side of big brother in Washington.


There is a certain poetic justice in his dilemma. For a man who thinks in black and white terms, it must be frustrating to face a problem which has no easy answer. Interestingly enough, Canadians have been working with firms like Huawei for most of their history:

To Canadians — and perhaps even some Americans — these corporate structures might seem familiar. Huawei, the report says, is controlled not by its shareholders but by an “elite subset of its management” —which makes it similar to many firms, including Bell Canada.

Like, say General Motors, Huawei gets substantial support from the state. Like every U.S. defence contractor, it has links to its country’s military. And like American firms operating in Canada, it must adhere first and foremost to the laws of its homeland.


There is a way out of the dilemma, Walkom suggests:

So look for limited action, such as new federal rules that bar Huawei from bidding on a proposed new secure Canadian government telecom system. But don’t expect Ottawa to tell Bell Canada it can’t use the cheapest supplier.

And for the rest of us? Don’t get too spooked. Most of our Internet and phone conversations are already susceptible to monitoring, either by Canada’s Communications Security Establishment or the U.S. National Security Agency.


In the end, the man of  rock solid "principles" will quietly abandon them -- again.
Posted by Owen Gray at 9:28 am

Email ThisBlogThis!Share to TwitterShare to FacebookShare to Pinterest
Labels: Harper And Huawei

Harper does not protect Canadian jobs. He is selling the tar pits to China. He is also giving China all of the jobs, that go with the tar sands. Harper has permitted company's to hire cheap Chinese labor. Who will they hire? Canadians or Chinese labor?

Canadian can't work for cheap slave wages. Harper refuses to do anything about, the high cost of living in Canada. He refuses to answer why, Canadians can save up to 70% shopping in the U.S.

Harper has already put Canadians, at the bottom of his pickle jar. This was right from day one, of his majority.

While other country's are kicking China out of their lands. Harper brings that country, right on to our Canadian soil.

CSIS warned about, China's huge encroachment into Canada. BC was specifically mentioned. Harper's best partner in crime Gordon Campbell, sold BC resources to Red China too. They too were given all of the jobs. Campbell also shipped our BC mills to China, along with BC's raw logs.

Both Harper and Gordon Campbell are traitors to Canada. Both of them belong in prison, for selling us out to a Communist country.

There was a time when Harper would have nothing to do with China, Meadowlark.

But his attitude changed when it became clear that there was money -- big money -- to be made.