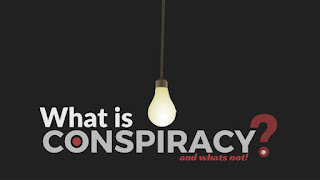 Rick Gates, Trump’s deputy campaign manager and a longtime associate of Paul Manafort, became the first person in Mueller’s crosshairs to plead guilty to one count of conspiracy to defraud the United States. This curious, catchall offense also appeared in the February indictment of 13 Russian trolls, all of whom were charged with “impairing, obstructing, and defeating the lawful functions of the government through fraud and deceit for the purpose of interfering with the U.S. political and electoral processes, including the presidential election of 2016.”


And, the more Mueller interviews individuals, the more conspiracy charges appear to be on the horizon:

Which brings us to this past weekend’s revelations about the role Cambridge Analytica, the data-analytics firm closely associated with Steve Bannon and the Trump campaign, played during the presidential election. Twin reports in the New York Times and The Guardian shed light on a staggering data-mining operation that resulted in the firm improperly obtaining tens of millions of Facebook profiles, which it then exploited for political micro-targeting. Or as Christopher Wylie, the whistle-blower who leaked this information put it, the technology he helped create with Cambridge Analytica was “Steve Bannon’s psychological warfare mindfuck tool.”

There’s nothing criminal about swaying voters, and neither the Times nor the Guardian account is conclusive as to how Cambridge Analytica may have aided Russia’s election meddling, if at all. But this bit in the paper of record suggests the special counsel is already on to something: “While the substance of Mr. Mueller’s interest is a closely guarded secret, documents viewed by the Times indicate that the firm’s British affiliate claims to have worked in Russia and Ukraine.” Mueller, for his part, has already asked the firm for the emails of any employees who did work on behalf of the Trump campaign. And even Julian Assange has accused Cambridge Analytica’s CEO of attempting to obtain from WikiLeaks damaging emails belonging to Hillary Clinton.

Based on the precedent Mueller has already set, it wouldn’t be a stretch to expect his office to bring a fresh round of federal conspiracy charges against actors — whether that be Assange, executives at Cambridge Analytica, or other intermediaries — who attempted to impair the lawful functions of the government by concealing activities that they should’ve disclosed to, say, the Federal Election Commission or the Justice Department. “A method that makes uses of innocent individuals or businesses to reach and defraud the United States is not, for that reason, beyond the scope” of the law of conspiracy, the Supreme Court said some 30 years ago.


I suspect that Mueller has a strong case about Trump's money laundering. But when it comes to Russia, the big word is conspiracy.


I find this "the revelations of the past weekend stuff" grimly humorous. These journos have been asleep at the switch for almost a year now since the story of Brexit and AggregateIQ emerged. They're still not seeing the connections, the parties, the timelines and how they relate to two seismic, heavily engineered upset wins. This undermines the validity of the Brexit vote and the presidential election. Cambridge was the nexus of the collusion, yes collusion, between the Russians and the Trump campaign. Wylie had to brief a Russian energy giant about the Facebook hacking. Why, he asked, would a Russian oil company want data on 50-million American Facebook users. Perhaps because that company is owned by an oligarch joined at the hip to Vlad Putin.

It's hard to imagine the Brits won't scream "foul" over the Brexit vote now that there's clear evidence it was tainted. They failed to protect the integrity of the referendum to the extreme prejudice of the Stay campaign. Given that they've been failing ever since in negotiating terms with the EU I expect they'll be on this like a Newfie on a Harp seal pup.

It was no accident, no coincidence that Bannon stepped in to manage Trump's campaign after Manafort had to step aside. As that idiot, Sam Nunberg, said, when Bannon showed up the Trump campaign was in dire straights. Trump et al expected to lose. They wanted to lose. Everyone had big plans for the day after the election. Bannon, Cambridge Analytica and the Russians had other plans and they propelled Trump into the White House. He probably didn't even see it coming. Neither did Flynn or Kushner - that's why their security disclosure statements omitted more than they disclosed. They never thought it was going to matter. Oopsie.

BTW - do you have any idea what's happened to ProgBlog?

The summary on your blog this morning is excellent, Mound. It has taken awhile -- because the guardians of democracy have been slow on the uptake. But the pieces are flling into place. Vlad the Impaler has been reborn in Russia.

From what I see today, Prog Blog is back to running as it should.

"I expect they'll be on this like a Newfie on a Harp seal pup."

Class all the way Mound. What a truly asshole comment. Why not have a go at the indigenous people for trying to sell furs?

We're here. As far as I know, we never had any issues.

Could you elaborate, Scott? What do you mean? Who has no issues?